Game, set, love match! Pia Miller, 36, packs on the PDA and shares a steamy kiss with multi-millionaire beau Patrick Whitesell, 54, at the Australian Open in Melbourne

Actress Pia Miller and her multi-millionaire boyfriend, Patrick Whitesell, packed on the PDA while attending the Australian Open in Melbourne on Sunday.

The 36-year-old star was clearly besotted with her American beau, as the couple passionately kissed courtside.

Despite sitting in some of the best seats at Rod Laver Arena, Pia and Patrick only had eyes for each other as the lovebirds canoodled together. 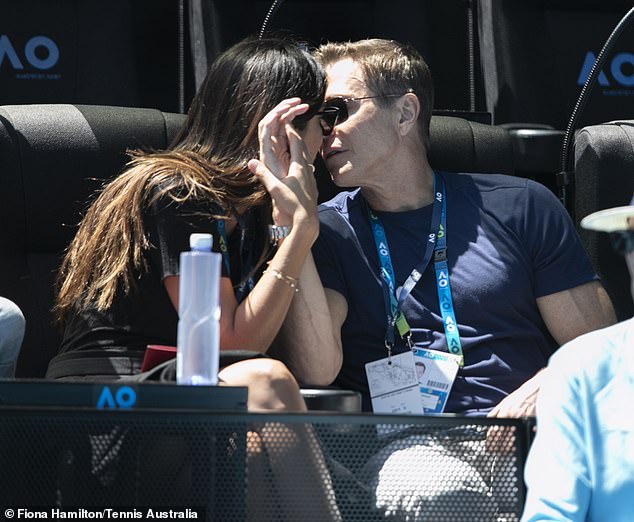 Must be love: The couple shared a number of steamy smooches as they sat at Rod Laver Arena

The former soap star certainly made an impression during the game, flaunting her trim pins in a tight-fitting black dress.

Braving the Australian summer heat, she completed her outfit with a pair of black cat eye sunglasses and an oversized cane hat.

Meanwhile, American Patrick opted for a plain tight blue T-shirt along with a pair of beige pants. He finished his outfit with stylish sunglasses. 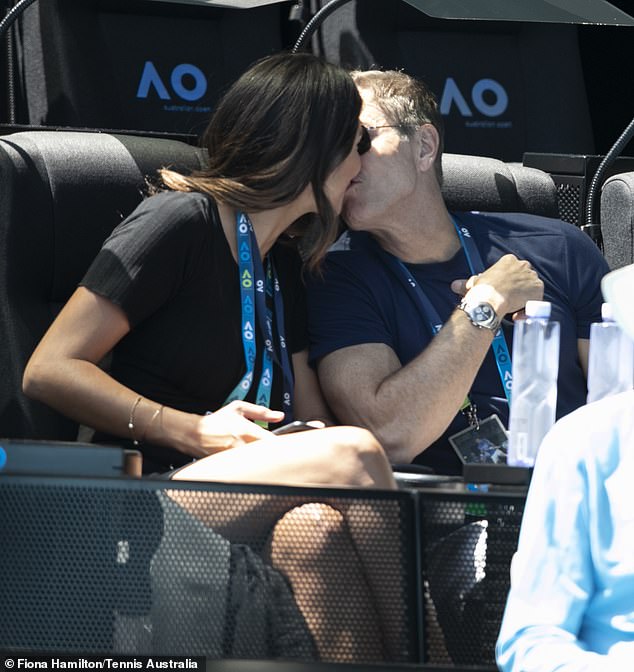 Looking good: The former soap star certainly made an impression during the game, flaunting her trim pins in a tight-fitting black dress 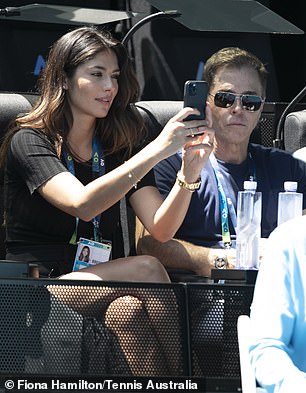 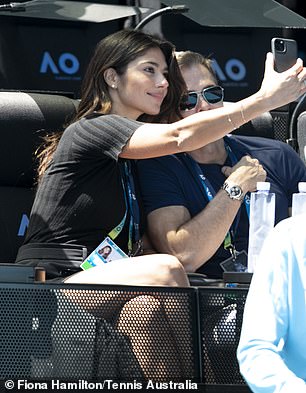 Time for a selfie! Pia took a number of selfies as she sat at the arena

Pia and Patrick showed their relationship is going from strength-to-strength, as Pia affectionately held his arm during the game.

At other times Pia playfully kissed his hand as Patrick laughed along with the former Home and Away star.

Elsewhere, the couple happily flirted with each other as Pia took selfies of the pair in her seat with her new iPhone 11. 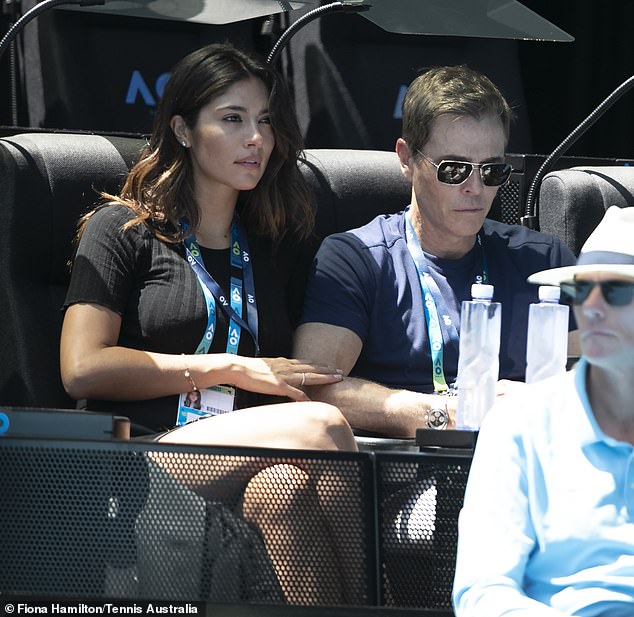 Romance: At one stage, Pia affectionately rested her hand on her boyfriend’s arm 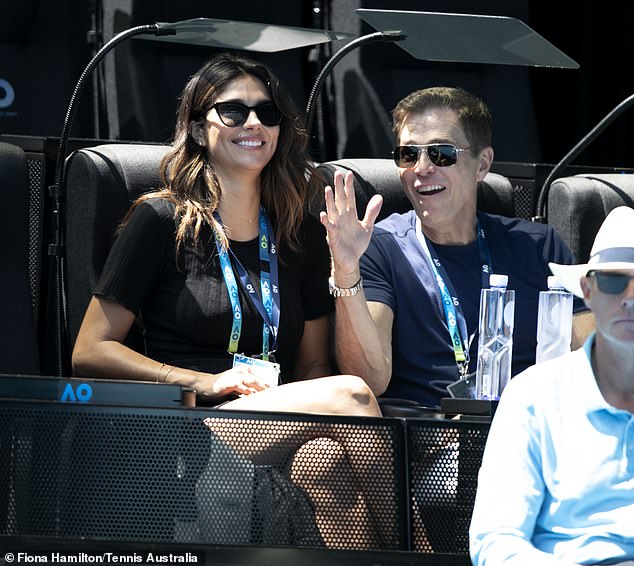 In December last year, Pia made her relationship with Patrick ‘Instagram official.’

She uploaded a romantic snap of the pair, which had originally been taken during their trip to Paris in June.

They are believed to have started dating in May, following the breakdown of Patrick’s marriage to Lauren Sanchez, who is now reportedly engaged to Amazon boss Jeff Bezos.

Pia and Patrick had kept their romance under wraps for months, despite embarking on several holidays around the world last year. 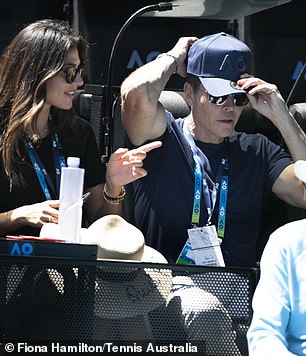 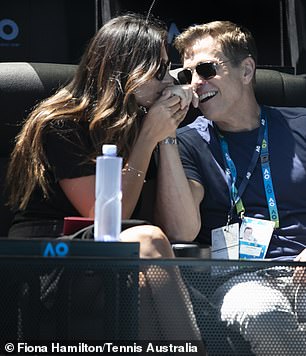 Patrick is the CEO of Hollywood talent agency WME.

He represents the likes of Ben Affleck, Matt Damon and Hugh Jackman.

Patrick is worth an estimated US$440million (AU$630million), according to Forbes.

The couple have been spending time together over the festive period, with him celebrating Christmas in Sydney with Pia. 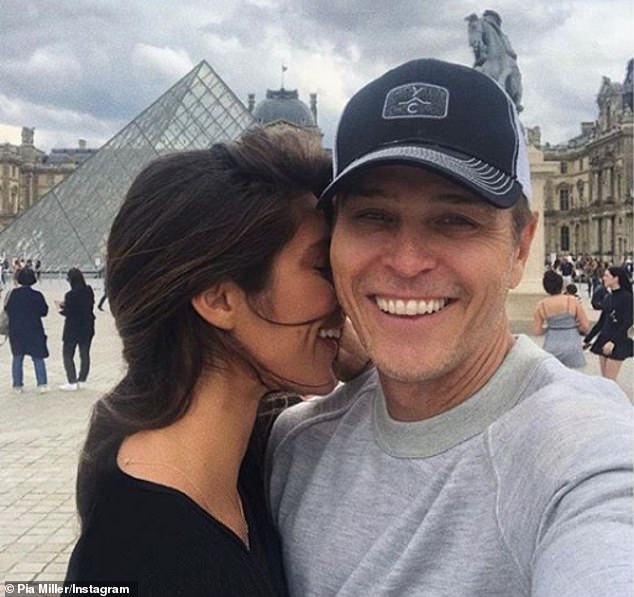 Going strong: The couple have been spending time together over the festive period, with him celebrating Christmas in Sydney with Pia