She’s the actress and model known for her sensational figure.

And on Monday, Pia Miller flaunted her ample cleavage, taut torso and lean legs in a skimpy polka-dot bikini, during a romantic beach date with Tyson Mullane in Sydney.

The 33-year-old, who recently announced her exit from Home And Away, was not shy in showing her affection for her photographer beau.

Sizzling hot! Pia Miller, 33, flaunted her sensational figure in a skimpy bikini at a Sydney beach on Monday

Pia showed off her enviable figure as she emerged from the water.

Her semi-wet brunette locks falling effortlessly, the starlet appeared to go makeup-free, allowing her natural beauty to shine through. 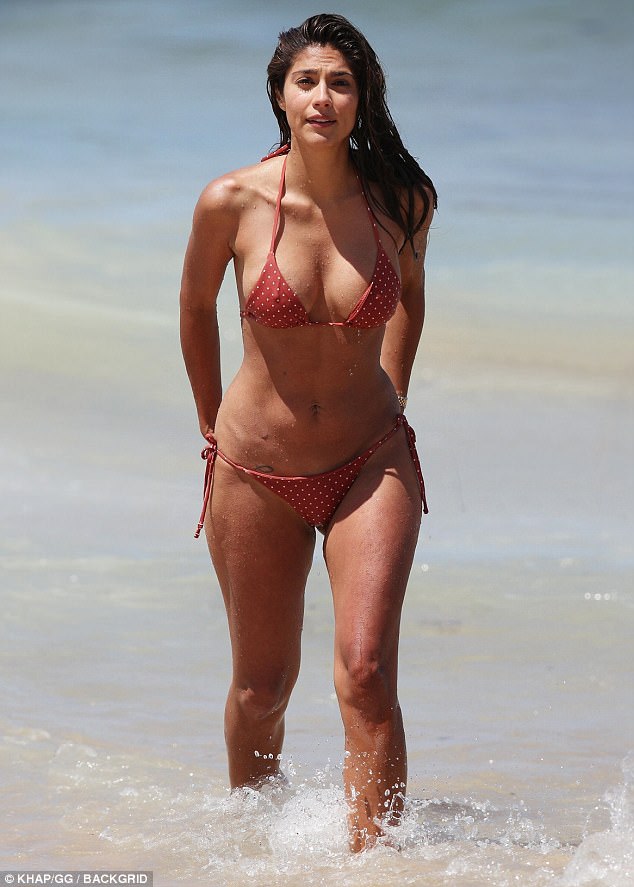 If you’ve got it! A burnt orange polka-dot two-piece accentuated the star’s ample cleavage, slender waist and lean legs 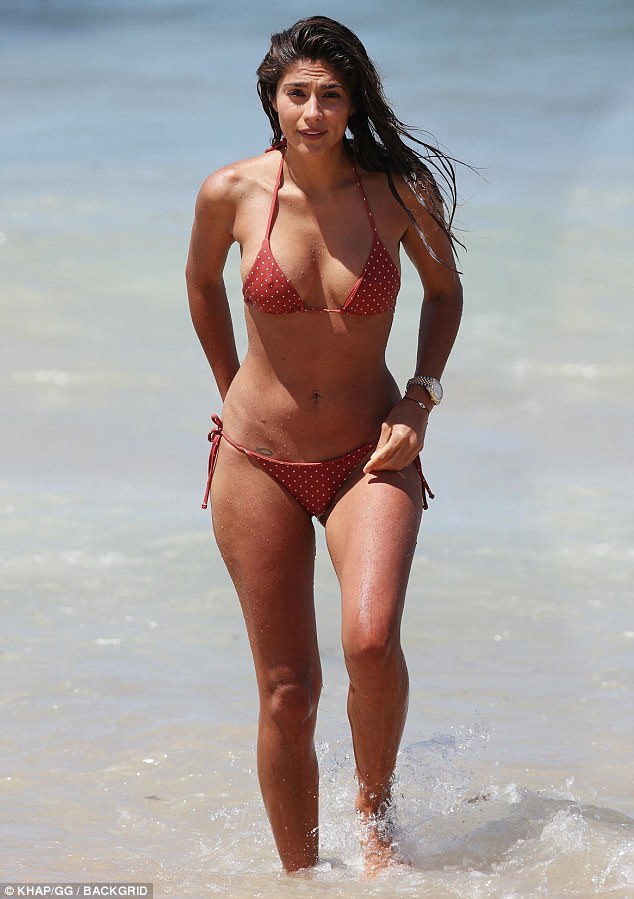 Bling: Pia kept on her silver statement watch and added a thin bracelet

Trim and terrific! There was not an inch to pinch on Pia’s frame as she emerged from the water 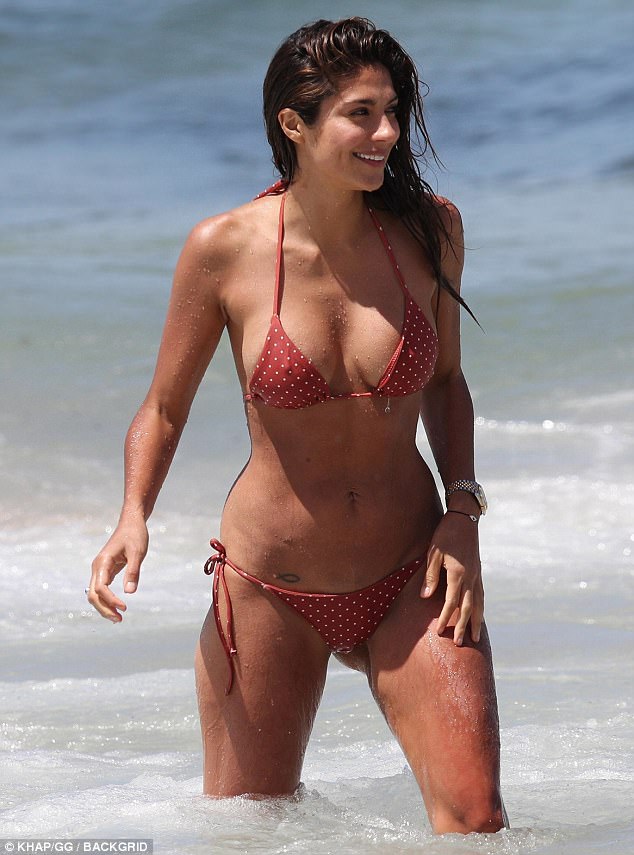 Plenty to smile about! The personality, who recently announced her departure from Home And Away, appeared a picture of content

Pia enjoyed a dip in the ocean with her beau Tyson Mullane, who she has been dating since November 2015.

The high-profile couple held hands and gazed at one affectionately.

A tender moment captured Pia letting out a wide grin and grabbing hold of Tyson’s arm. 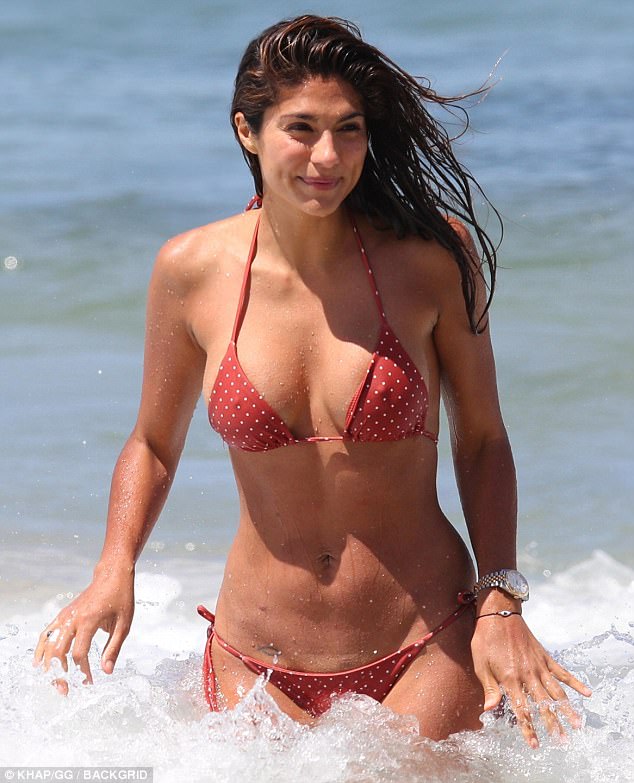 Beach beauty: Pia, who is a mother to two children from previous relationships, allowed her semi-wet brunette locks to fall effortlessly 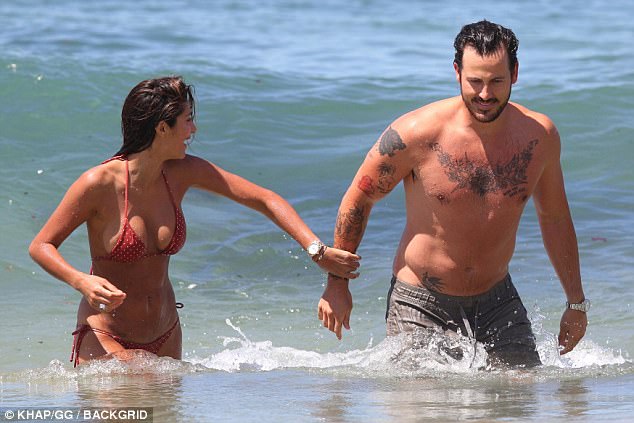 I’ve got you babe! The brunette let out a wide grin and placed one hand affectionately on her beau 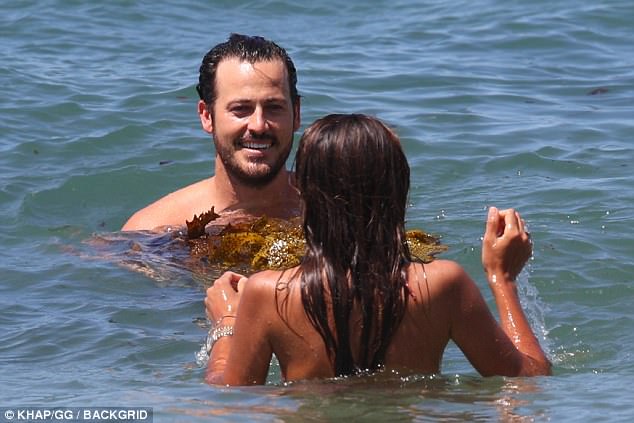 Only eyes for one another: The high-profile couple, who began dating in November 2015, appeared smitten 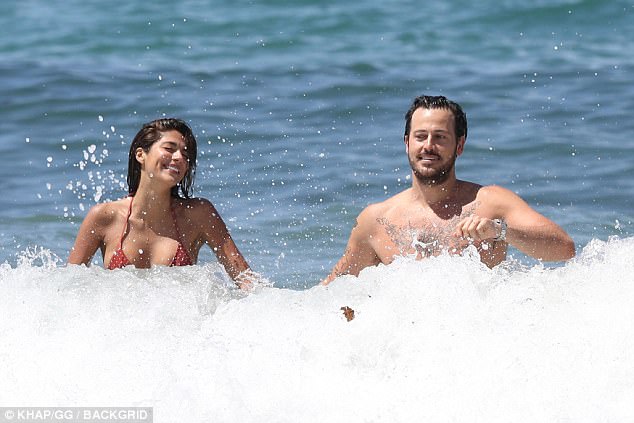 Making a splash: Pia looked to be enjoying the waves with her photographer beau

The pair made their way back to the sand for a spot of tanning, with Pia looking every inch the beach babe in a trendy fedora and round-rimmed sunglasses.

Making herself comfortable, the bombshell knelt on an abstract towel, her incredibly taut torso once again on display.

Tyson, sporting a pair of khaki board shorts, hung low on his hips, appeared carefree and relaxed, later concealing his eyes from the sun’s rays with a cap and sunglasses. 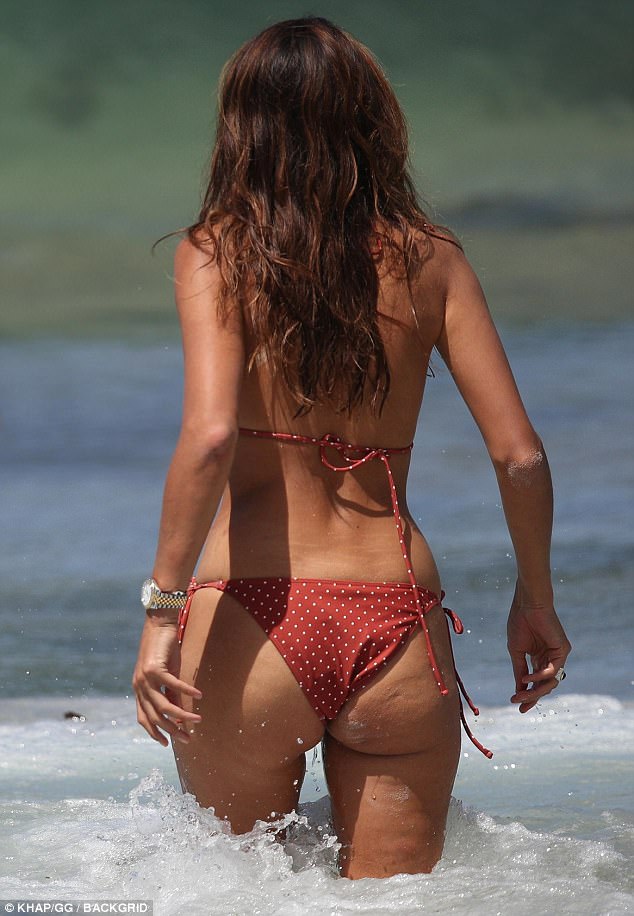 That’s cheeky: The skimpy design of Pia’s briefs showed off her toned derrière 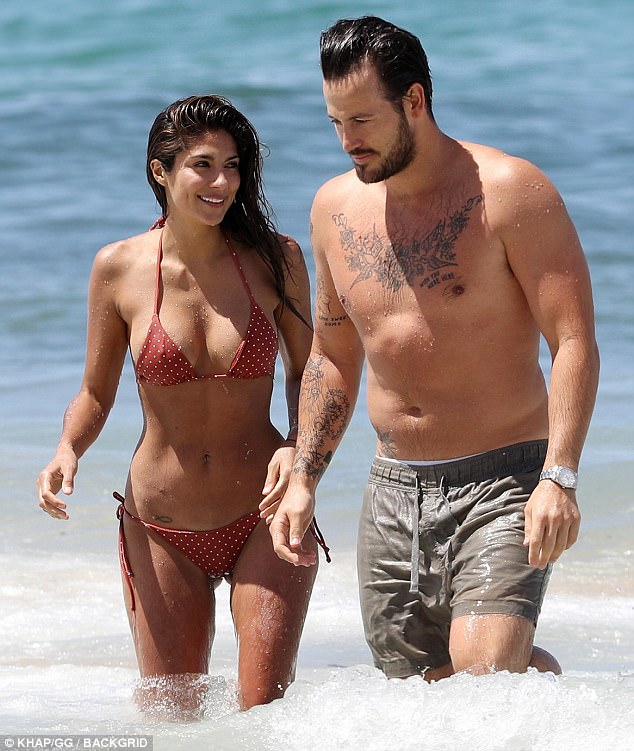 Attire: Tyson sported a pair of khaki board shorts, hung low on his hips, and showed off his array of tattoos 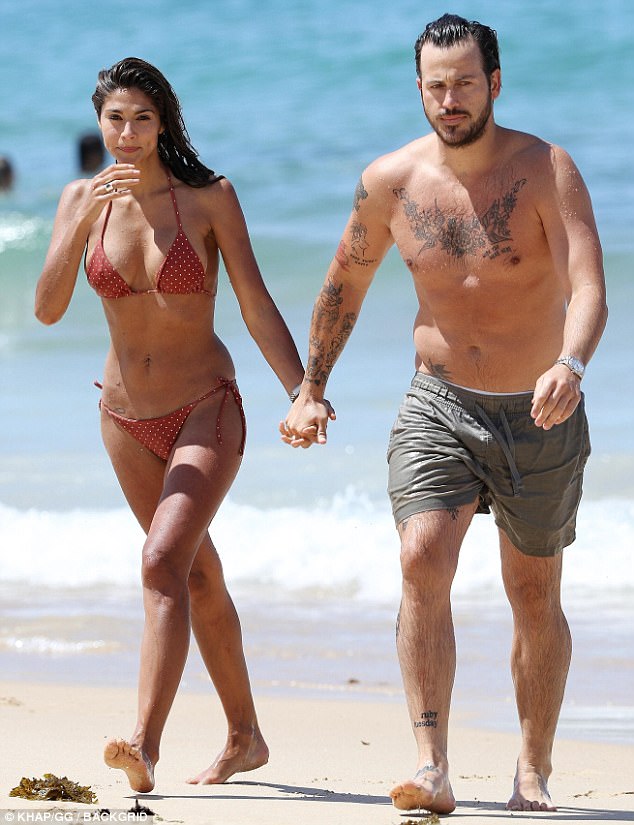 In sync: Pia and Tyson held on tightly to one another as they headed back to their belongings 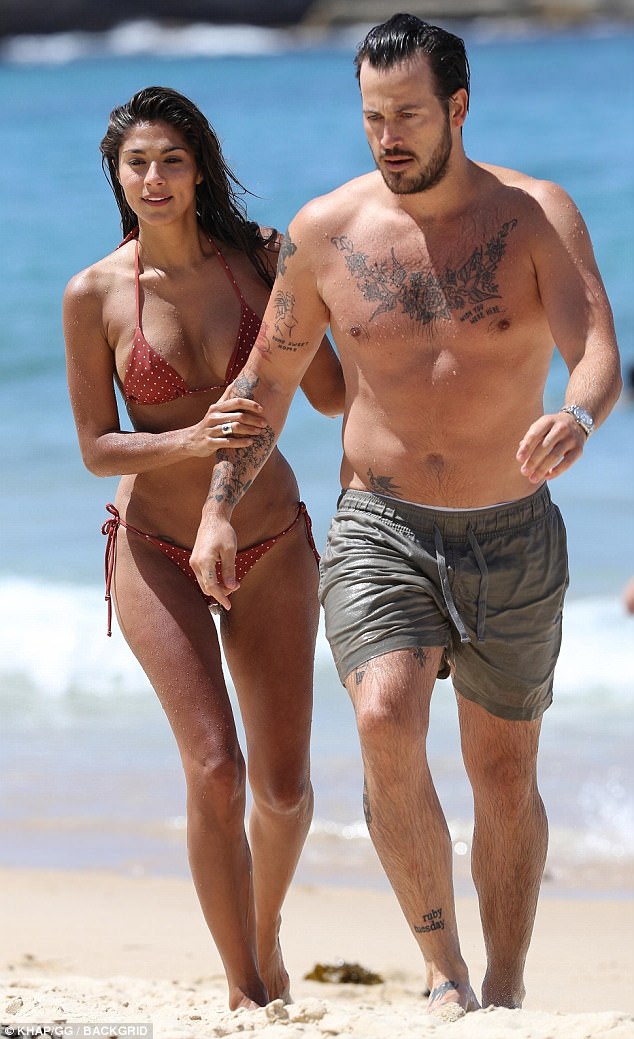 Doting: Pia could not get enough of her man placing her hands protectively on his frame

Pia began dating Tyson since November 2015, just a month after she split from husband of eight years, Brad Miller.

The GHD ambassador is also a proud mother to two children, Lennox, 10, whom she shares with Brad, and Isaiah Loyola, 14, from a previous relationship. 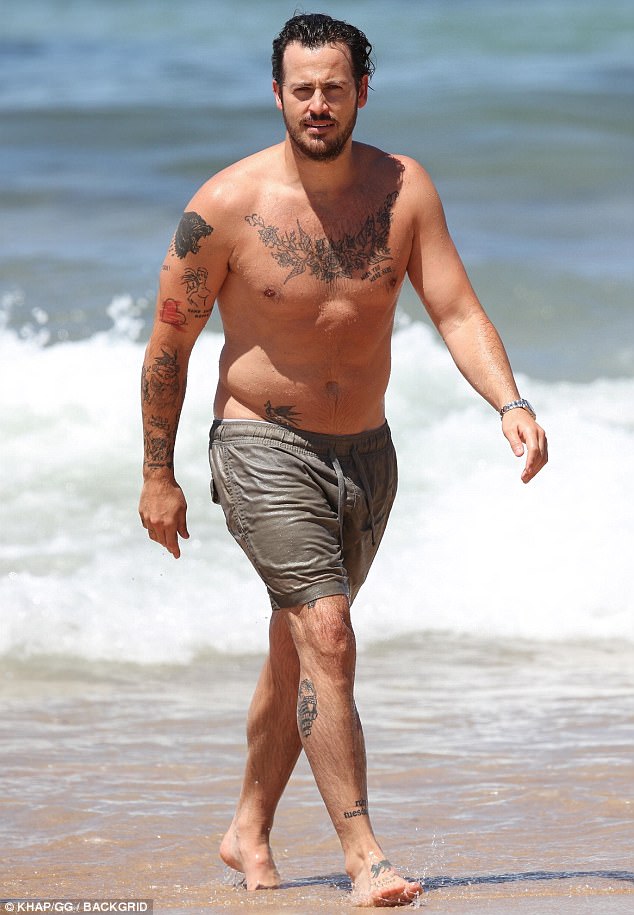 In profile: Tyson’s wet locks were slicked back off his face and drew attention to a significant beard 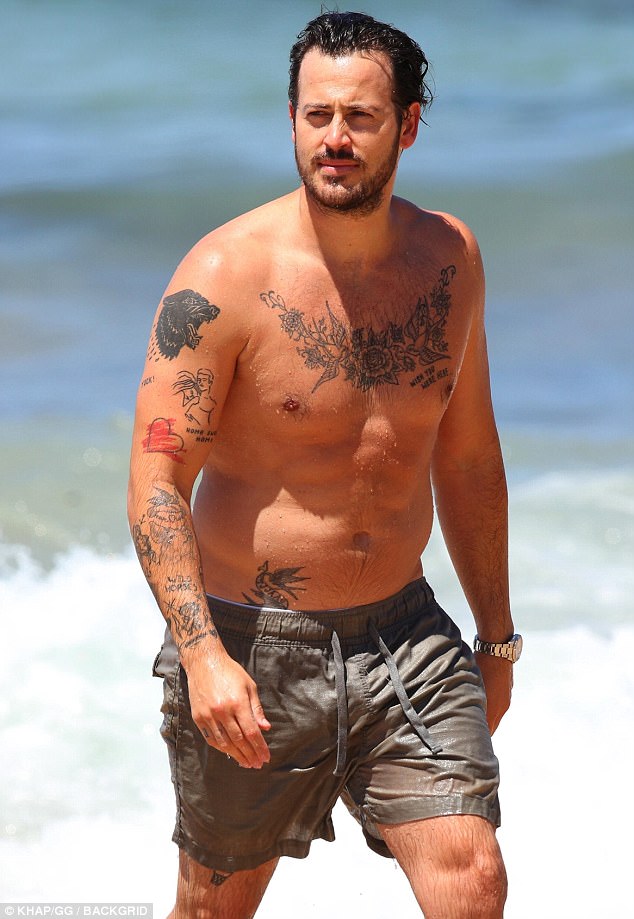 Tatt’s nice: Tyson’s numerous inkings on his chest arms and legs, were shown off 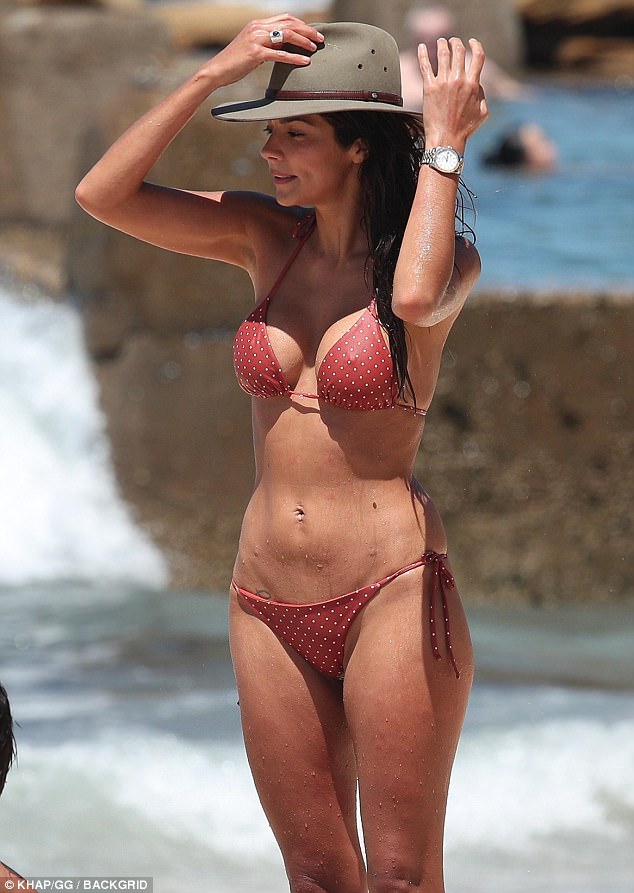 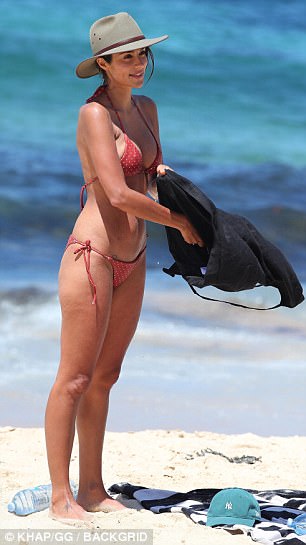 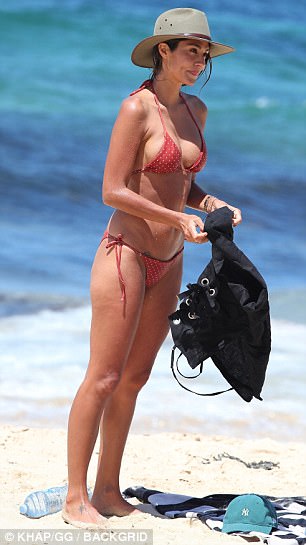 Equipped: Pia kept her belongings in a medium-sized bag

Not only is Pia’s love life going swimmingly, but also her career.

Earlier this month, the star who is known as Summer Bay cop Katarina Chapman, confirmed her departure from soap Home And Away.

And having been pictured on the set of Channel Nine drama Bite Club in Sydney’s Manly, Pia has no plans on trying her luck Stateside. 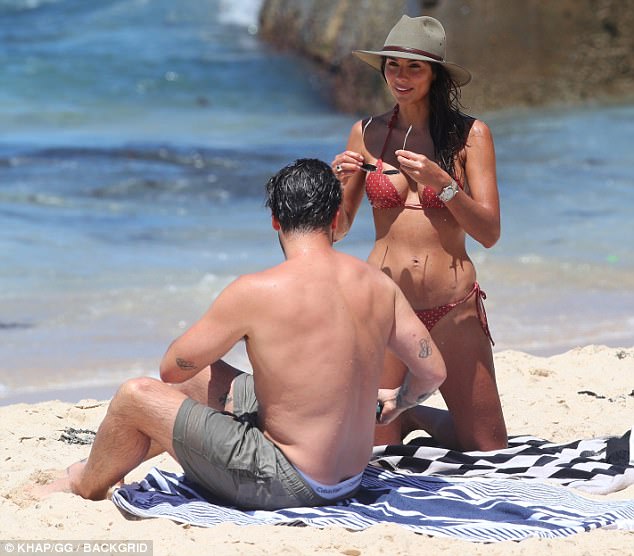 The future’s bright! She later added a pair of round-rimmed sunglasses to her beach look 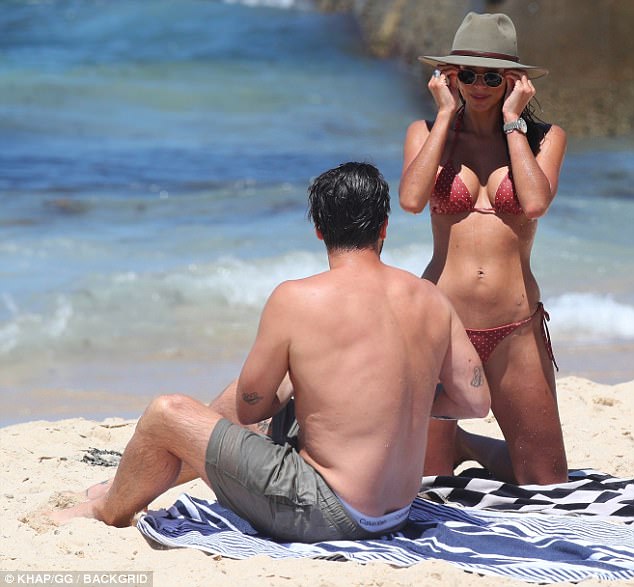 He likes what he sees: Tyson engaged in conversation with his stunning girlfriend 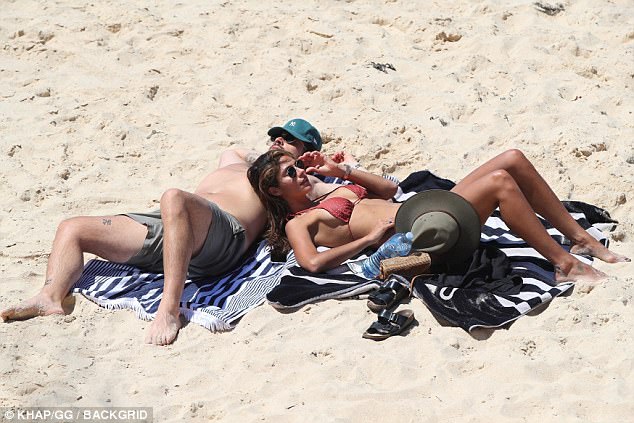 Getting that glow on: The lovebirds worked on their tans 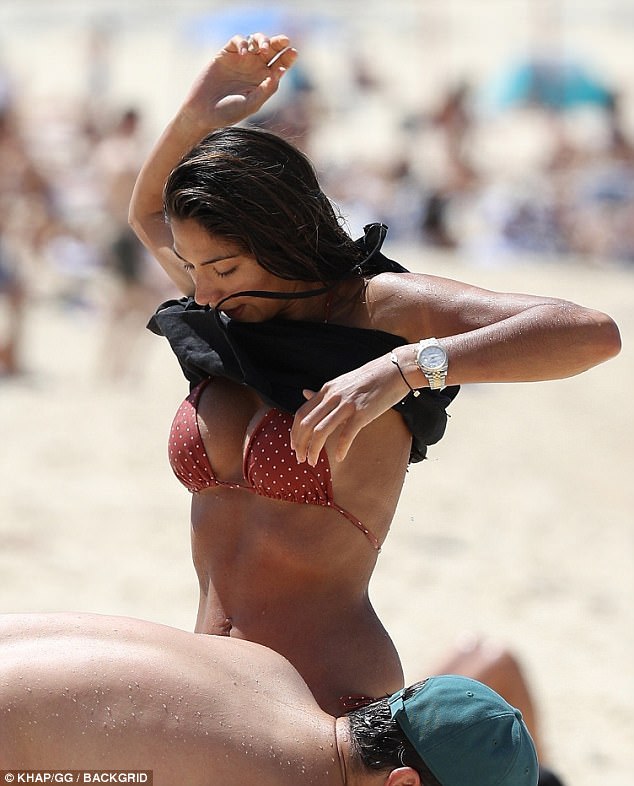 Quick cover up: Content with her time in the sun, Pia covered her petite upper frame with a black shirt dress

‘I don’t have my sights set on Hollywood,’ she told The Daily Telegraph.

Pia also said that she has nothing but fond memories of her time shooting Home And Away.

‘It’s been incredible. It’s a great ground to flex my acting muscles and learn a lot about myself,’ she added.

Pia hinted that her character Katarina will enter some ‘life threatening’ situations and be ‘unlucky’ when it comes to love. 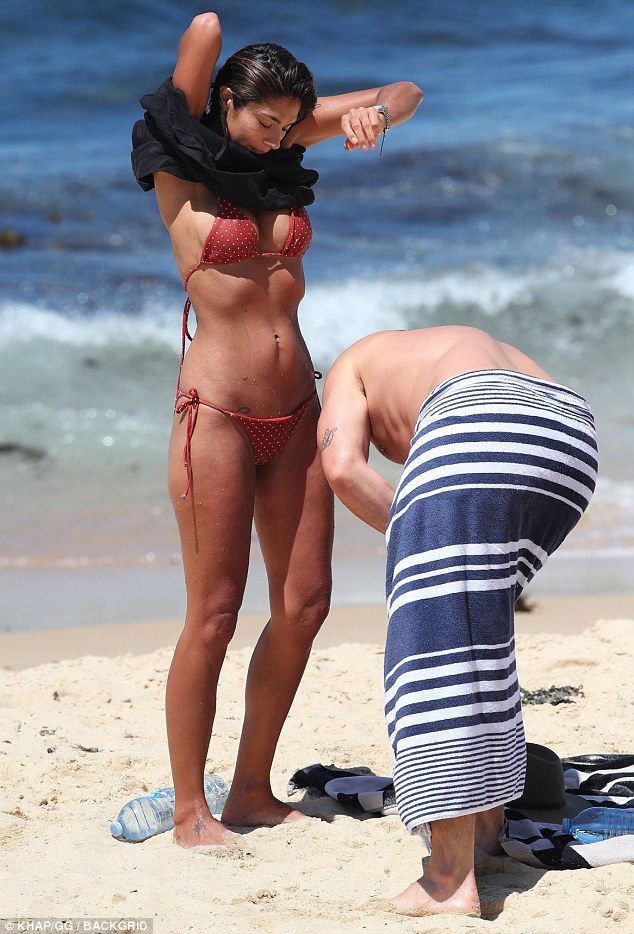 Drying off: Tyson wrapped a blue and white striped towel around his lower half

Svelte: The skimpy design of the shirt dress showed off her toned arms 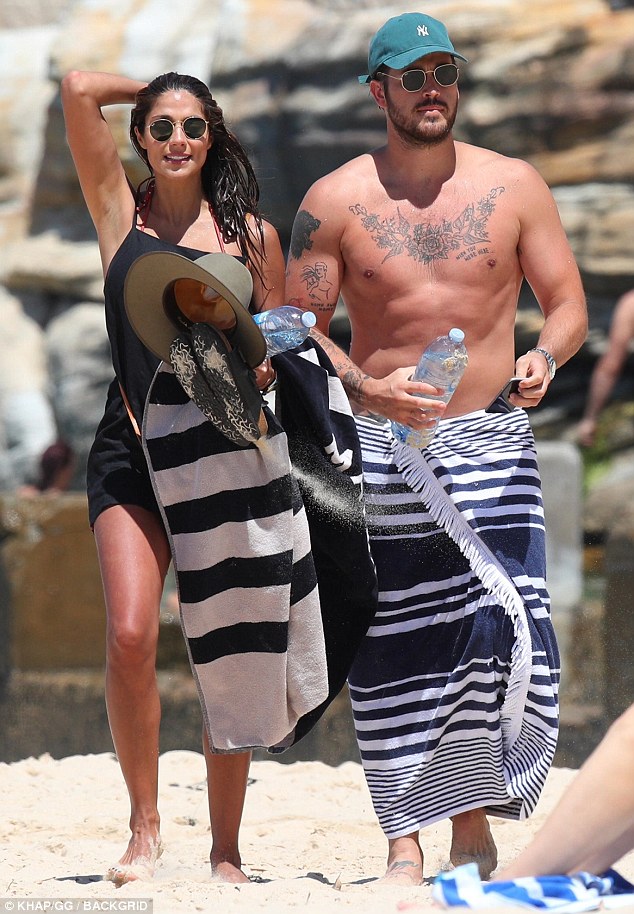 Picture-perfect: Pia appeared carefree and relaxed on the outing 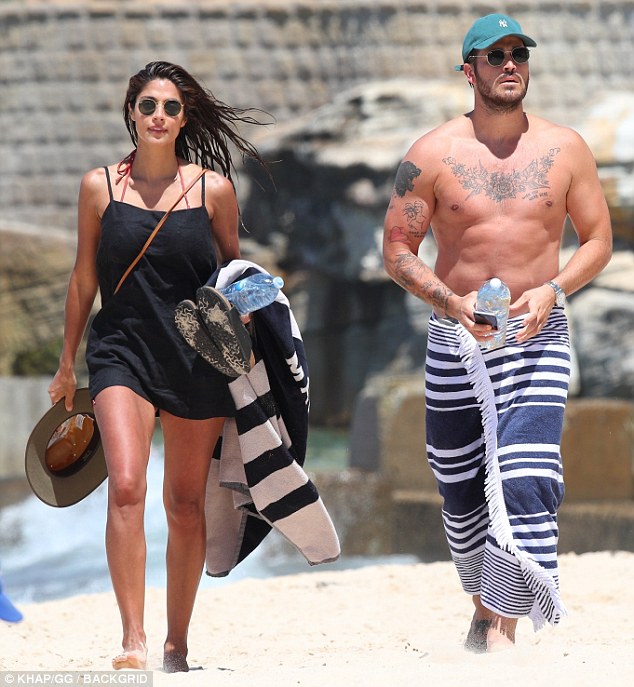 Thirsty work: The pair carried a bottle of water 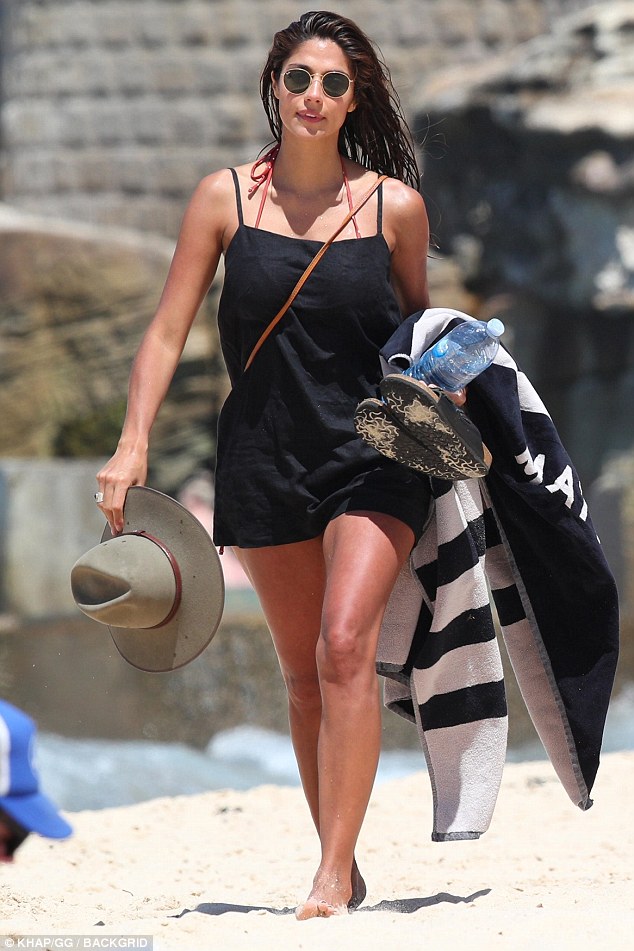 Taking it in her stride: The sighting follows confirmation that Pia has left Home And Away and has begun filming scenes for Channel Nine drama Bite Club