Pia Muehlenbeck has undergone a litany of cosmetic procedures in the past.

And on Wednesday, the 28-year-old Instagram model looked hardly recognisable in a series of throwback photos taken years before her transformation.

Pia shared the pictures on Instagram Stories as part of a viral challenge which involves influencers sharing old photos from their camera roll. 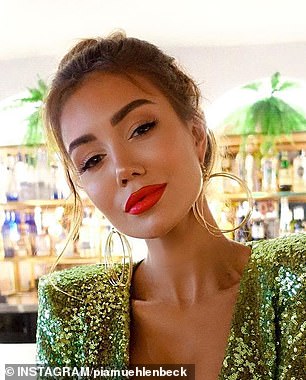 My, how you’ve changed! Pia Muehlenbeck looks like a completely different person in very rare photos from before her plastic surgery makeover (left). Right: Pia in a more recent picture

In one photo, Pia displayed thinner lips and dark hair while wearing a school uniform.

In another picture, she sported a mullet hairstyle and a subtle palette of makeup as she posed alongside a friend. 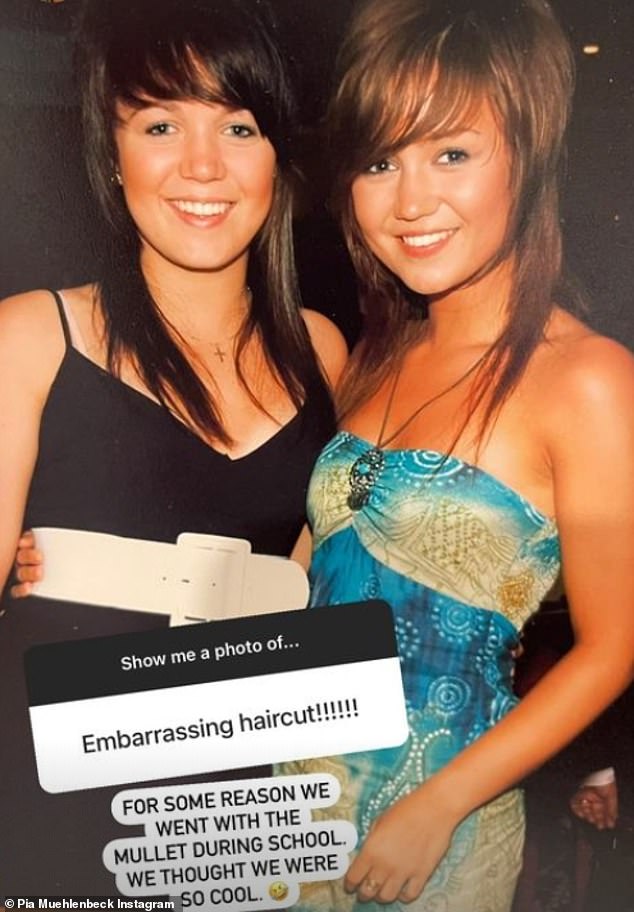 Looking very different: In one photo, the 28-year-old looked unrecognisable as she donned a mullet and a subtle palette of makeup as she posed alongside a friend (left)

‘Her appearance is highly suggestive of rhinoplasty, as the nasal bones in the upper part of the nose are narrowed,’ said Dr Hunt.

‘The tip of her nose appears smaller and the bridge seems narrower.’

A rhinoplasty would have set Pia back $15,000, with recovery time extending to around two weeks.

Dr Hunt also claimed Pia appears to have had fillers in her upper and lower lip, both of which look fuller compared to older photos.

‘The natural proportion of the lips has been lost and the upper lip is too large compared to the lower lip resulting in the “trout pout”,’ he said.

This non-surgical procedure would have likely cost about $1,000.

Pia may have also had fillers in her cheeks, a procedure that costs approximately $2,000 and requires two days of recovery time.

Dr Hunt added that Pia’s changing face shape may be the result of a Buccal fat pad removal, which costs about $5,000. 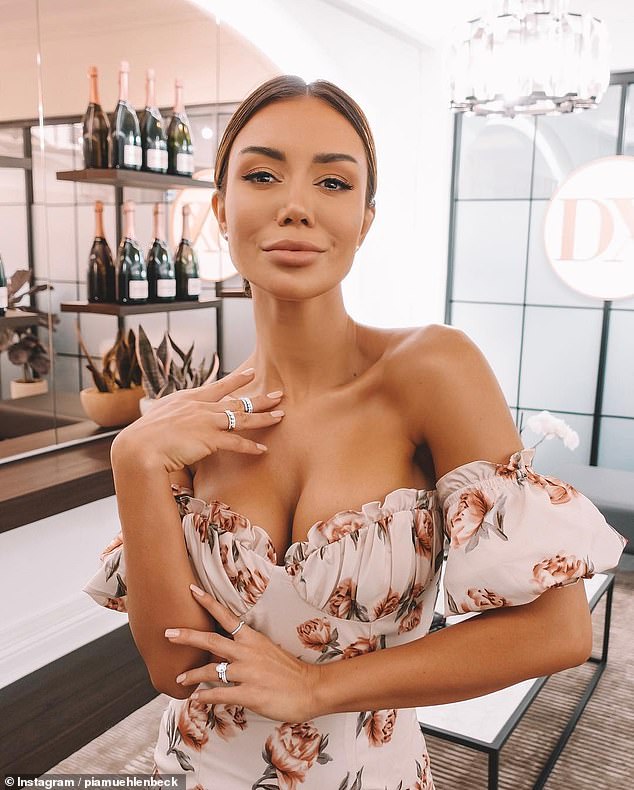 ‘The lower cheek is hollower with less volume, leading to a more heart-shaped face,’ the celebrity surgeon observed.

Dr Hunt also weighed in on Pia’s large, spherical breasts, saying he believes she may have had surgical implants.

‘[Her breasts] keep getting bigger,’ he explained, adding that a breast augmentation of this type would cost about $15,000.

A revision breast augmentation would also cost an additional $15,000. 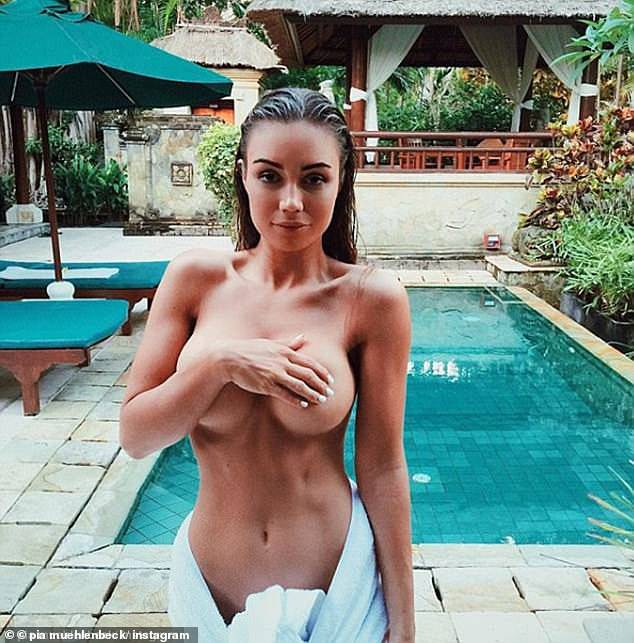