Bella Hadid looked very loved-up as she and new beau Marc Kalman kissed passionately during an outing along the French Riviera on Friday.

The model, 24, and art director were seen passionately kissing each other as they relaxed on a dinghy while leaving their hotel in Antibes, France, on Friday.

In the throes of their whirlwind romance, Marc was seen wrapping his arms around Bella’s waist as they shared a kiss while sat together on the boat. 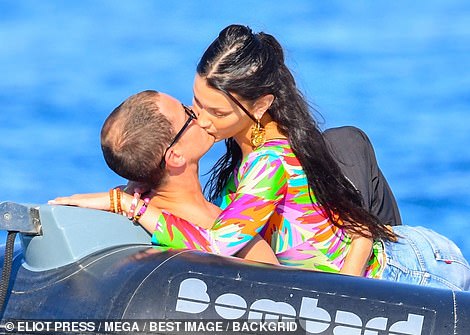 Romance: Bella Hadid looked VERY loved-up with new beau Marc Kalman as they passionately kissed while travelling across the French Riviera on Friday

The happy couple stepped out onto the dinghy alongside a group of friends, but appeared comfortable with packing on the PDA while around them.

Bella was seen gazing lovingly into Marc’s eyes and caressing his face while sat in his arms, and the pair then kissed passionately while jetting off around their picturesque location.

Bella put on a typically stylish display in a colourful figure-hugging top that she had tucked into a pair of light-wash denim jeans.

Her raven tresses were styled into a half-back hair-do, and she added a glittering touch to the look by accessorising with a pair of large gold earrings. 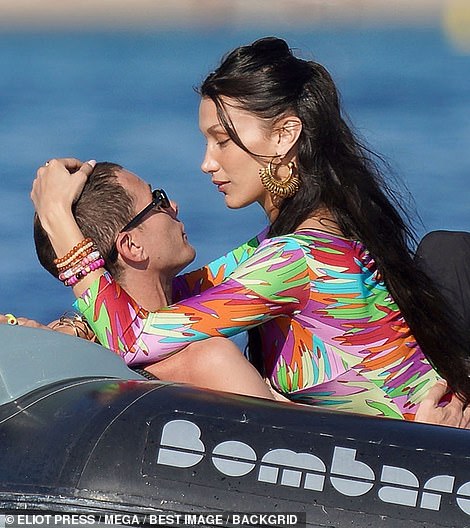 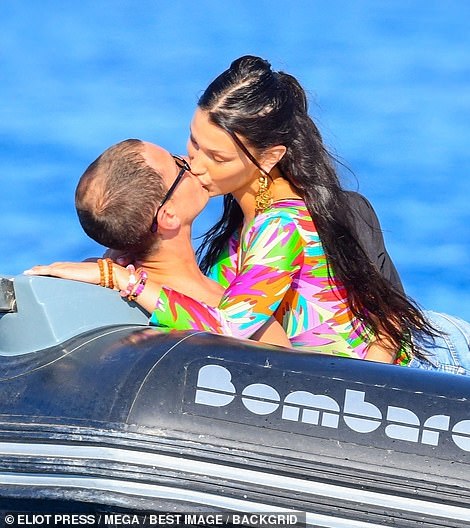 Can’t get enough: Bella and Marc were seen gazing lovingly into each other’s eyes 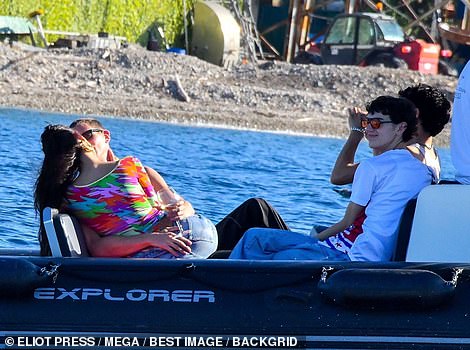 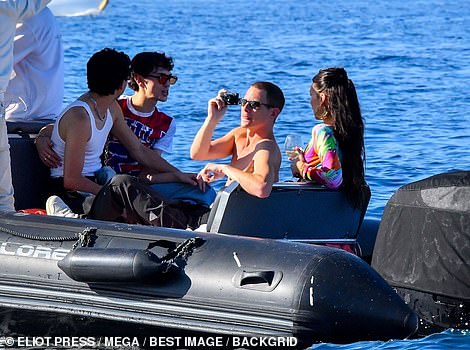 Gimme a kiss! The happy couple stepped out onto the dinghy alongside a group of friends, but appeared comfortable with packing on the PDA while around them

Bella went Instagram official with new boyfriend Marc on Thursday when she shared a snap of them kissing while in Cannes.

Referring to her time with Marc and being at the Film Festival, she wrote in the caption of the post: ‘Time of my life. Healthy, Working and Loved.’

Speaking to E! about Bella and Marc shortly after her snap, a source said: ‘[They] have been trying to keep it super low-key and private.

‘Now that they have become more serious, she has been excited to be seen with him. She is truly so happy right now.’ 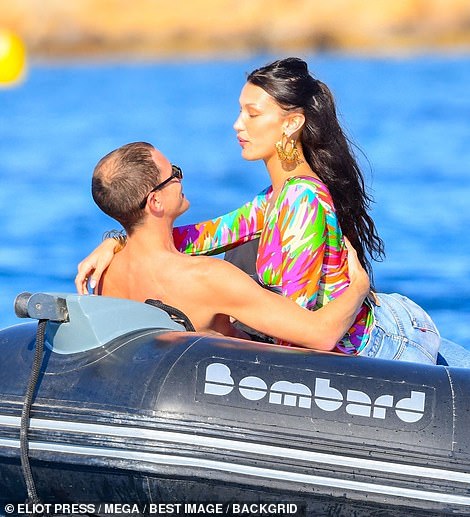 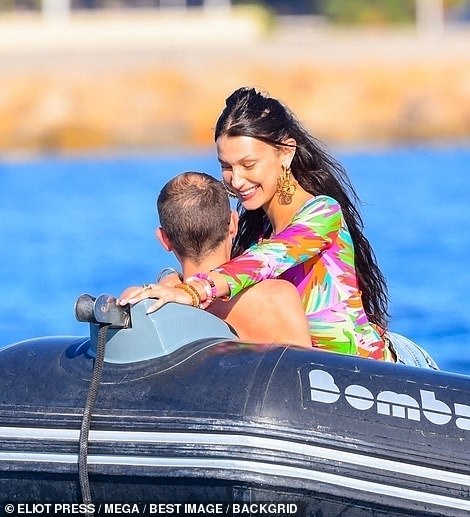 Lovely: A source has said of the couple: ‘Now that they have become more serious, she has been excited to be seen with him’

Marc is an art director and has worked with Kylie Jenner’s boyfriend Travis Scott, who he has designed album artwork for, and he was first romantically linked to Bella in June.

The snap came just days after Bella’s ex The Weeknd, 31, was linked to Angelina Jolie, 46.

The Weekend – real name Abel Tesfaye has been linked to Angelina after they were spotted leaving celeb hangout Giorgio Baldi in Santa Monica just moments apart from one another last week.

While the pair are not known to be friends, there are some intriguing links between them, including the singer referencing Angelina’s famous pout in one of his hit songs.

Furthermore, The Weeknd’s ex-girlfriend Selena Gomez once famously crossed paths with Angelina’s ex-husband Brad, 57, back in 2016, while they were still married.

The National Enquirer had claimed that Brad ‘shamelessly flirted’ with Selena, 28, causing issues between him and Angelina, though the claims were denied.

The same year, The Weeknd released his hit song “Party Monster” that featured a reference to both Angelina and Selena, with the line: ‘Angelina, lips like Angelina / Like Selena, a** shaped like Selena.’

Then, in his 2016 hit single “Starboy” he referenced Brad singing: ‘Let a n**** Brad Pitt, legend of the fall took the year like a bandit.’

Angelina filed for divorce in 2016 citing ‘irreconcilable differences’ and it was finalized in 2019. The former pair have been in a lengthy custody battle with the actress wanting sole custody and Brad fighting for joint.

Legal experts in Los Angeles told DailyMail.com in March that the pair have each spent over $1million in legal costs already – and said the custody battle could go on for six more years.