Pick THAT out! Armand Lauriente scores Puskas award contender with stunning 40-YARD free-kick… as 22-year-old Lorient forward finds the top corner against Nantes with one of the greatest free-kicks ever

Armand Lauriente stole the show in France for Lorient as he stepped up and smashed a 40-yard free-kick past Nantes’ bewildered goalkeeper.

With the keeper creeping off his line and a token two-man wall in place, everyone apart from Lauriente seemed to be expecting a standard cross into the box.

But the Frenchman had other ideas and fired an effort that swerved and dipped past a helpless Alban Lafont. 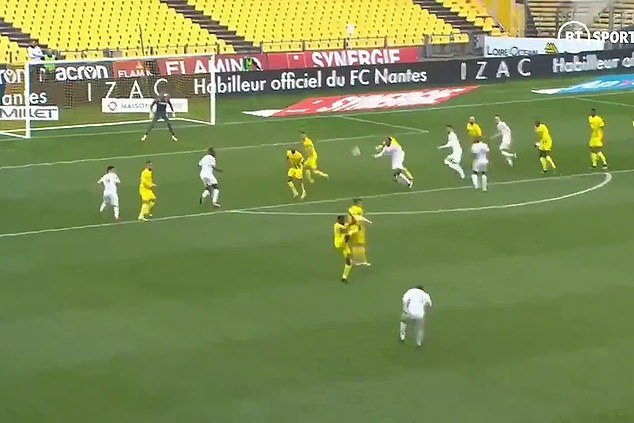 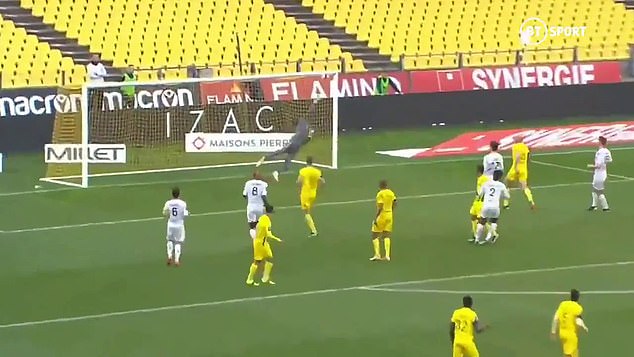 WHAT KIND OF SORCERY IS THIS?!?! :exploding_head::astonished:

Armand Laurienté has scored one of the best free-kicks you will �������� see! :star-struck:

Pack your bags and go home. The Lorient forward has completed football. pic.twitter.com/Kzy1yw7pQP

It was a goal reminiscent of Ronaldinho’s free kick against England in the 2002 World Cup, and one likely to come into contention when the Puskas Award next comes around.

The 22-year-old’s stunning strike cancelled out Randal Kolo Muani’s somewhat more low key opener, to earn Lorient a point against Nantes in a huge match for the survival prospects of both sides.

Lorient sit 17th in Ligue 1, one place above the relegation zone, level on points with Nimes in 18th and just a point ahead of Nantes in 19th.

Lauriente will be crucial to Lorient’s hopes of staying up, having found some impressive form in recent weeks. 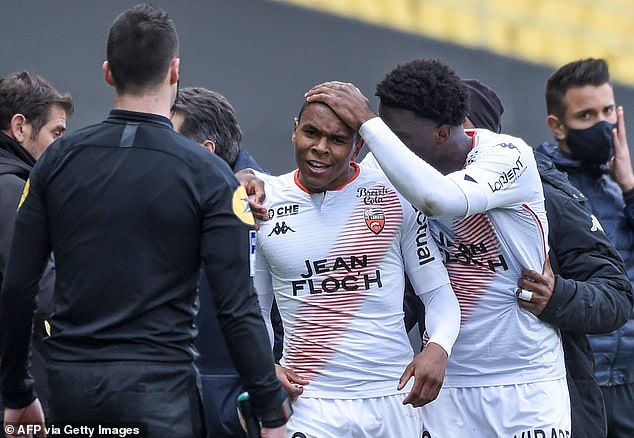 The midfielder has scored three goals and assisted another in his last four Ligue 1 matches, with Lorient going unbeaten across those matches.

That unbeaten run started with Lauriente scoring twice off the bench as his side came from behind to beat Saint-Etienne 2-1 – one of three wins Lorient have managed in their last ten matches.

With eight league matches left in the season for the French side, they will be hoping they’re able to win a few more free kicks anywhere within 40 yards of the goal.