Pickpocket is caught with 30 phones stuffed into his cycling shorts

A pickpocket was caught with 30 phones stuffed into his cycling shorts after targeting fans at a Sum 41 concert in Holland.

Dutch police said they believe the suspect, a 34-year-old Romanian man, is part of a gang of thieves who wander Europe pocketing whatever they can.

At a previous Sum 41 gig in Antwerp, Belgian police were notified of the theft of 50 mobile phones. 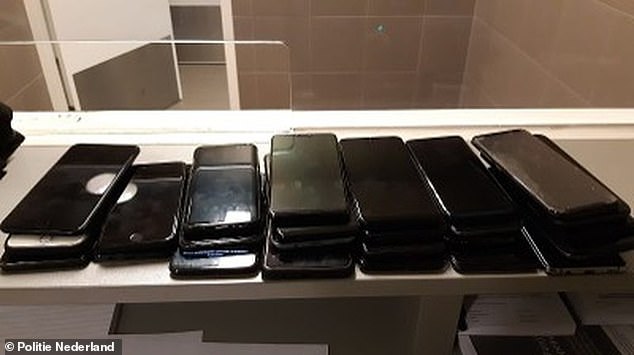 Belgian officers informed Dutch cops that a haul of pricey phones had been stolen at an earlier gig in Antwerp. Dutch police flooded last week’s events with cops and stopped the culprit before he could exit the venue

Belgian officers informed their Dutch counterparts who ensured the venue was flooded with cops for the pop-punk quintet’s concert last Tuesday.

Working with security staff, the police blocked off all exits and identified the thief based on descriptions provided by his many victims.

Dutch authorities are still investigating whether the thief worked alone on the day of the Canadian rockers Amsterdam concert.

The 34-year-old man is due to appear in court in Amsterdam later this week, according to police.