This is the remarkable moment a lucky man managed to capture two majestic stags rutting underneath a picture perfect rainbow.

Stephen Davies, 47, took a trip up the mountains with his family when he stumbled across the two stags engaging in a fierce mating battle.

The nature-lover had decided to drive up to Glen Etive, in the Scottish Highlands, on Friday afternoon.

Although he was prepared to see sweeping views, he was left stunned when he saw the ‘perfect’ spectacle.

Mr Davies, from Tullibody, Clackmannanshire, said: ‘I was with my partner, stepdaughter and her partner who had come to visit us.

‘We took a drive up and I saw one stag on the mount and realised that there was a rainbow in the background.

‘I then saw another stag coming towards the other one, it must have thought it was eating food or something.

‘It was then I thought this was just the perfect opportunity to take a picture. I could not resist.’

Mr Davies took a picture of the stags while his astonished family looked on.

The phone shop manager added: ‘I took the picture and when you see something like that you know you have an opportunity to capture something special.’ 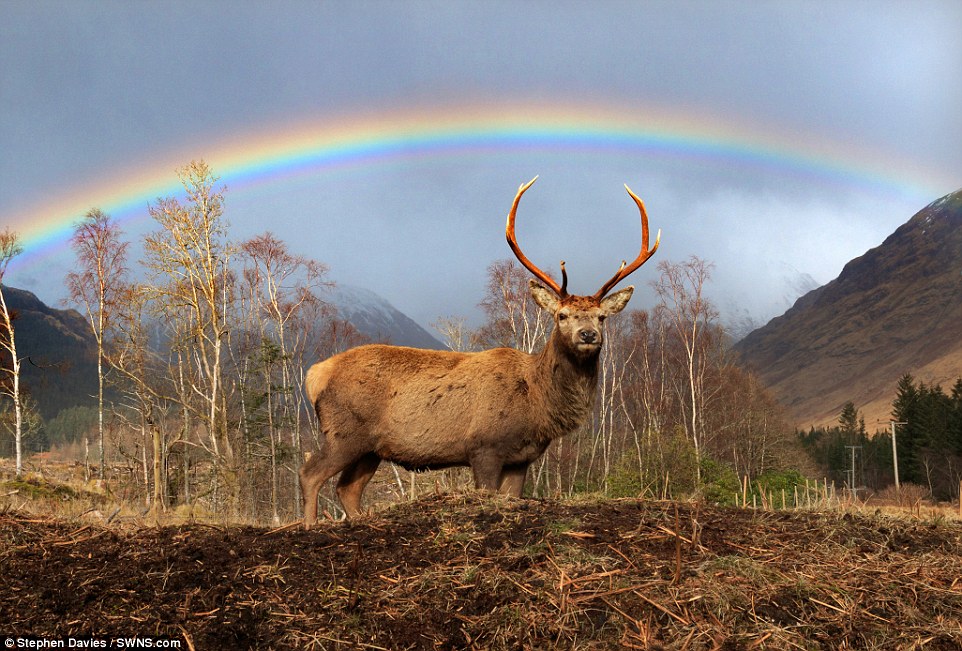 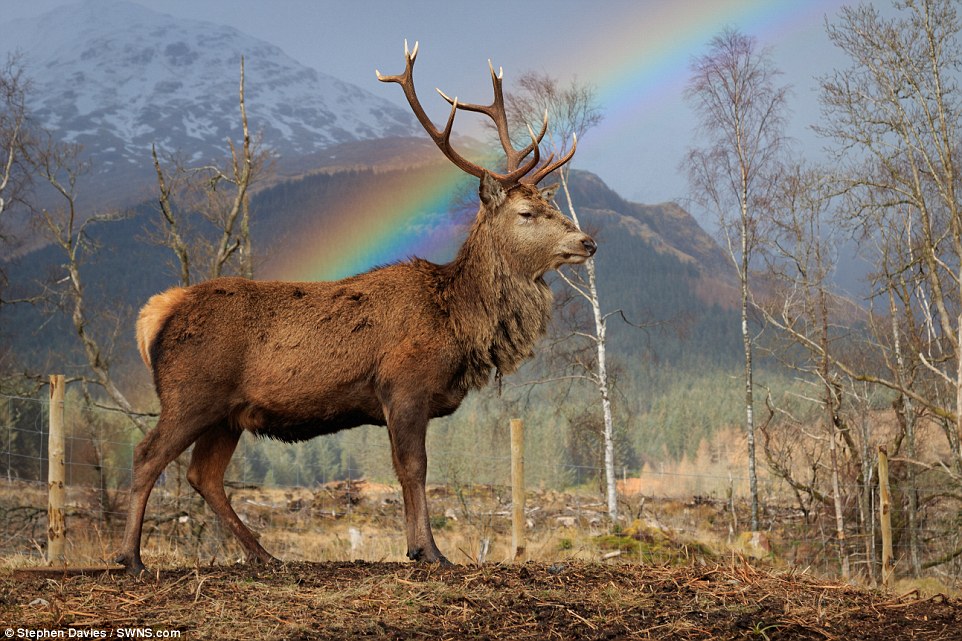 The picture was not taken during rutting season, which occurs from September to November, and wildlife experts believe the stags were just ‘playing around’

He continued: ‘It was a wow moment. One of those moments you don’t expect to see.

‘The family was quite excited to see that.’

The picture was not taken during rutting season, which occurs from September to November, and wildlife experts believe the stags were just ‘playing around’.

Alastair Boston, a deer liaison officer with the Deer Initiative, said: ‘Even though they appear to be rutting they are not as it’s not rutting season.

‘But if their heads are touching before rutting season then they are just playing around.’