Pictured: Alleged paedophile who lured an eight-year-old girl in a toilet block

PICTURED: Skinhead, 26, accused of ‘luring an eight-year-old girl into a toilet block before sexually assaulting her’

By Zoe Zaczek For Daily Mail Australia and App

A man accused of sexually assaulting an eight-year-old girl in a public toilet has faced court.

Beau Seeby, 26, allegedly followed the child into the bathroom of a community club in Riverdale, a region of South Australia, at about 11pm on Sunday October 6, 2019.

Seeby was arrested the day later and charged with one count of aggravated assault and one count of indecent assault.

His identity was revealed on Tuesday as he faced Adelaide Magistrates Court via video link from jail, The Advertiser reported.

Beau Seeby allegedly followed the child into the bathroom of a community club in Riverdale, a region of South Australia, at about 11pm on Sunday October 6, 2019

Prosecutors told the court they would move forward with the charges.

Seeby has not yet entered his plea and his counsel said they are waiting for forensic analysis of evidence.

It’s hoped the completed results will be available by July 18.

Seeby was remanded by Magistrate Greg Fisher and will return to court on July 21.

The release of Seeby’s identity comes after South Australia announced they would dump automatic suppression orders on the identities of alleged sex offenders.

State parliament passed laws in March scrapping the statutory suppressions which protected the identity of alleged offenders until they pleaded guilty or were committed for trial. The changes came into effect last week. 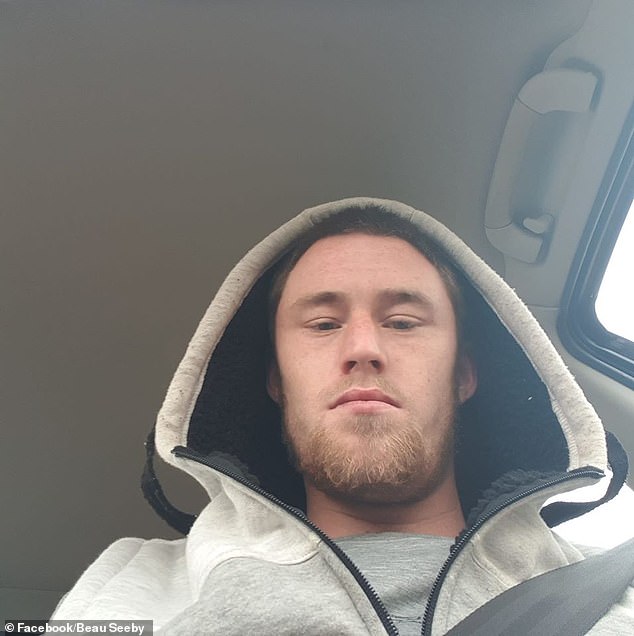 Attorney-General, Vickie Chapman said the changes will increase transparency and support the public’s right to know who has been accused of serious sexual offending.

‘South Australia is one of the few jurisdictions that still automatically imposes a suppression order when an individual accused of a sex offence first appears before the courts,’ Ms Chapman said in March.

‘A defendant’s identity is not automatically suppressed for any other type of offence, and this provision effectively stymies the public right to know who has been charged with offences that may very well be relevant to the broader community.’

The provisions still protect the identity of victims and will allow for suppressions to be imposed on the names of alleged offenders in certain circumstances, such as when publication may reveal the identity of a victim or if investigations are ongoing.