PICTURED: Baby girl ‘killed by her mother who then threw her one-year-old son off a balcony’

Authorities have named a six-month-old girl who was allegedly killed by her mother, before the parent threw her other child from a balcony and jumped.

Six-month-old Ezlynn Ortega was found in her California home Tuesday suffering a fractured skull and not breathing.

Police allege that the girl’s mother Tierra Ortega, 24, killed baby Ezlynn, then threw her one-year-old son Jericho off the balcony of their Upland apartment.

The parent then jumped off the balcony herself. Ortega and her son survived.

When cops arrived to the scene they found baby Ezlynn unresponsive inside the home, believed to be suffering a skull fracture and internal injuries.

She was rushed her to a local hospital with head trauma and pronounced dead at 1.30pm, according to the San Bernardino County Coroner’s office.

Six-month-old Ezlynn Ortega was the baby found unresponsive and not breathing in an Upland, California apartment on Tuesday. Cops discovered the child after her mother Tierra Ortega allegedly threw her other child, Jericho, over a balcony and then jumped herself. Ezlynn was identified by authorities on Wednesay 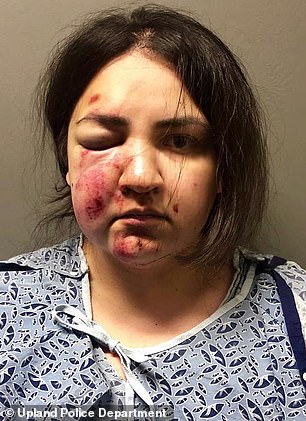 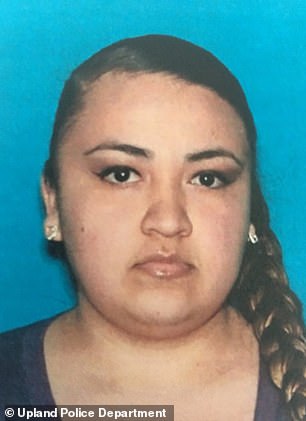 Tierra Ortega seen in her mugshot (left) suffering facial injuries from the fall after reportedly jumping from the balcony. On the right she is pictured on her driver’s license 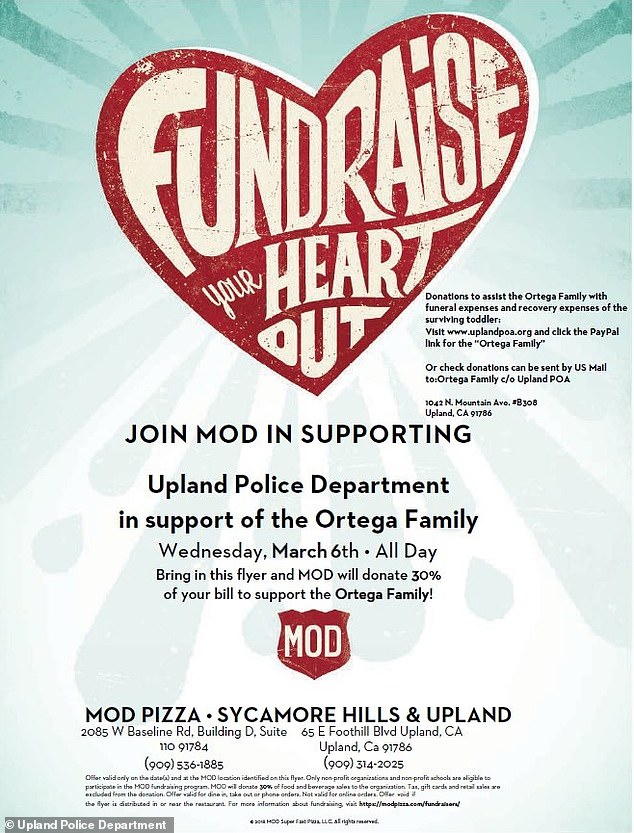 The mother is considered a suspect in her death and the case is being investigated.

‘That’s the worst type of situation that we can encounter, when you have a child in that state,’ Upland police captain Marcelo Blanco said to KTLA on the baby’s state.

Police are raising money to cover the expenses of baby Ezlynn’s funeral as well as Jericho’s medical bills.

‘The dad works for waste management in the area, and unfortunately right now he is not at work; he is at the hospital by his son’s side, which is where he needs to be. He has to worry now about burying his daughter,’ Blanco said.

The horrific incident took place at 11.30am on Tuesday and cops were called to the scene after neighbors reported hearing a child screaming and relentlessly crying.

A 911 caller said she saw a woman, Ortega, dangling a child over a second-story apartment balcony.

She allegedly dropped the toddler, sending her son Jericho flying 12 to 15 feet towards the ground.

Once cops arrived to the scene, Ortega then jumped headfirst over the railing towards the ground. 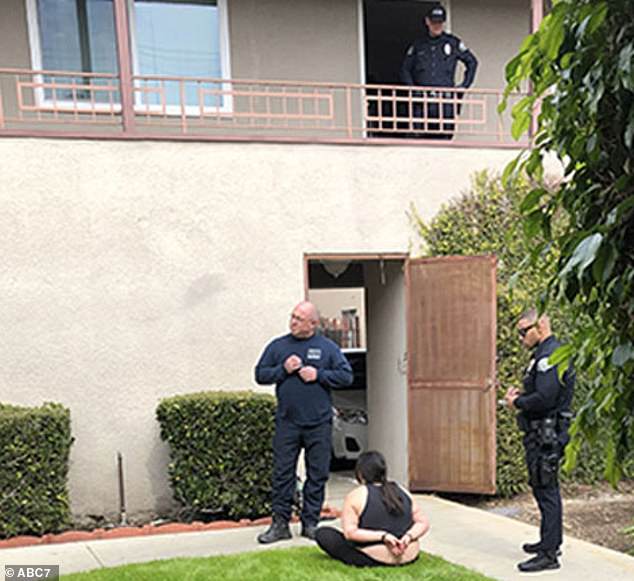 Ortega is shown sitting cross-legged outside the apartment building in handcuffs. She was taken to the hospital to be treated for facial injuries then was booked into jail. The balcony where a police officer is standing looking down on her is the same height from which she jumped and allegedly threw the young boy 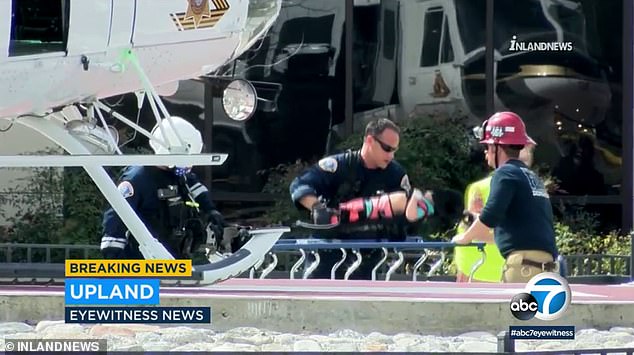 First responders evacuate one-year-old Jericho who was allegedly thrown off a second-story balcony in Upland, California by his mother on Tuesday

She survived the fall, suffering injuries to her head and was arrested, facing possible charges of homicide, attempted homicide and child abuse resulting in death.

She was a stay-at-home mom and police have not yet established a motive behind the alleged incident. Investigators say there’s no history of disturbance calls at the apartment and neighbors reported seeing no issues in the family home.

‘She was going through something. Who knows? Only God knows,’ neighbor Raul Ramos said to KTLA.

The baby’s father Robert Ortega is stunned by the attack.

‘The father was in as much awe as anybody else that was there, and shocked to even believe that something like this could have happened,’ Blanco said.

‘This was an absolute shock for him. It was beyond his wildest dreams,’ the police captain said to DailyMail.com. 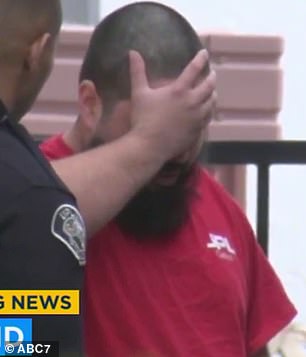 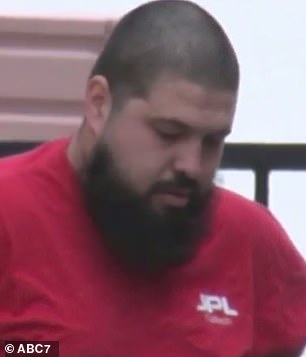 The distraught father (above) spoke to police but ‘has no idea what led to this,’ local police said

The little boy Jericho was rushed to Loma Linda University Medical Center and was treated for a broken foot and lacerations to his head.

He’s currently in stable and fair condition and hospital staff want to run an MRI on him to ensure he doesn’t have any head trauma. Upland police say he may be released from the hospital as soon as tomorrow.

The captain says Jericho has speedily recovered and is doing ‘quite amazing’.

‘In looking at him you would never think that what I just described to you happened. He is a happy little boy with a soft cast on his arm eating mashed potatoes and chicken nuggets,’ Blanco said to the outlet.