Pictured: Briton beaten to death in Greece by supermarket boss whose wife he was having affair with

A British man who was allegedly beaten to death by a Greek supermarket boss whose wife he was having an affair with has been pictured for the first time.

Iain Armstrong, 40, was hauled out of his hotel on the Greek island of Ithaca by Kostas Skarmeas, 54, who demanded: ‘What are you doing with my wife?’

The Greek’s wife, who witnessed the beating, told officers she spoke to Mr Armstrong afterwards but he insisted he did not need medical treatment.

However, when the woman visited Mr Armstrong at the Hotel Familia in the town of Vathy the following day, November 17, she found him dead.

Iain Armstrong, 40, was found dead on the Greek island of Ithaca on November 17 at the Hotel Familia after he was attacked by Kostas Skarmeas, 54, whose wife he was having an affair with 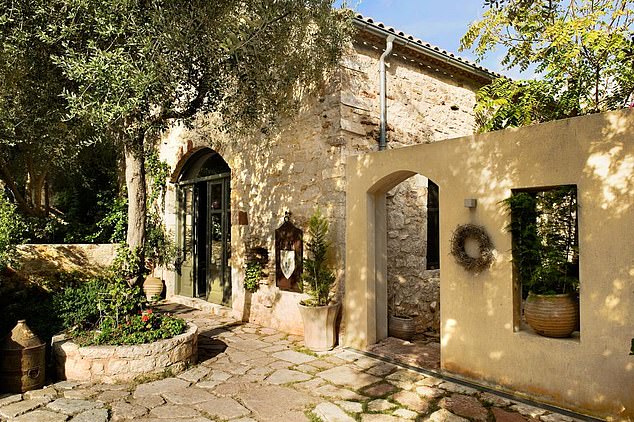 Mr Armstrong had told the man’s wife, who witnessed the attack, that he did not need medical treatment, but when she visited Mr Armstrong at the Hotel Familia (pictured) in the town of Vathy the following day, November 17, she found he had died

A post mortem revealed that Mr Armstrong, of Belton near Great Yarmouth, Norfolk, who worked as an account manager for a software company had died from a brain haemorrhage, according to local media reports.

Mr Skarmeas reportedly told police that he was full of remorse and had only punched Mr Armstrong twice in the bust-up.

He was held by police on suspicion of causing fatal injury to Mr Armstrong.

His wife who was not been named, but is understood to have a South African passport, was also arrested and quizzed by officers.

The case has now been referred to prosecutors on the nearby island of Kefalonia.

Local reports suggested that Mr Skarmeas was worried that his estranged wife planned to leave Ithaca with their eight-year-old daughter.

His wife told police that Mr Armstrong was an old friend who had been supporting her over her long term marriage problems, and had had flown over to Greece to see her. 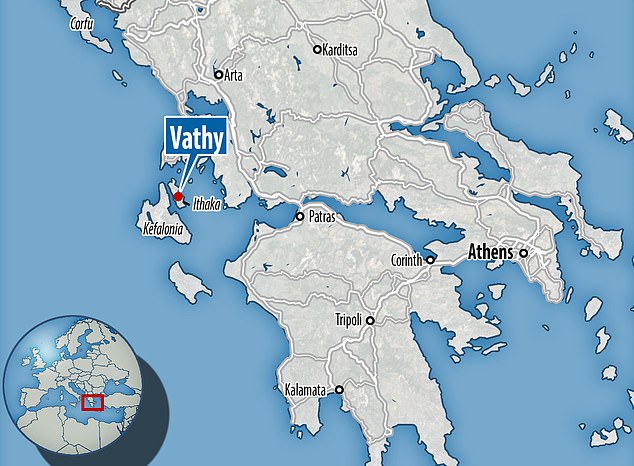 She reportedly told police that she began a relationship with him while he was staying for six days on Ithaca.

He then went to Kefalonia, but he later returned to Ithaca to see her after she called him to say that her estranged husband was following her and attacking her.

She said that her husband grabbed Mr Armstrong by the shirt after entering his hotel room.

Skarmeas’ wife reportedly told police: ‘He lifted him out of bed and shouted: ‘What are you doing with my wife?’

‘He started punching him in the face. My friend fell down with the first blow and did not retaliate. He was trying to calm him down. I was yelling at my estranged husband to stop.

‘He found me, slapped me and spat on me.He told me he would take my daughter and not divorce me. Then, he left’.

She then claimed that she repeatedly urged Mr Armstrong to go to the local hospital, but he declined.

The wife said: ‘He told me his nose was broken, but he knew what he had to do, having happened to him twice before.’

She added that she returned to the hotel room during the evening and found him lying on his bed and smelling of alcohol, although he was breathing. 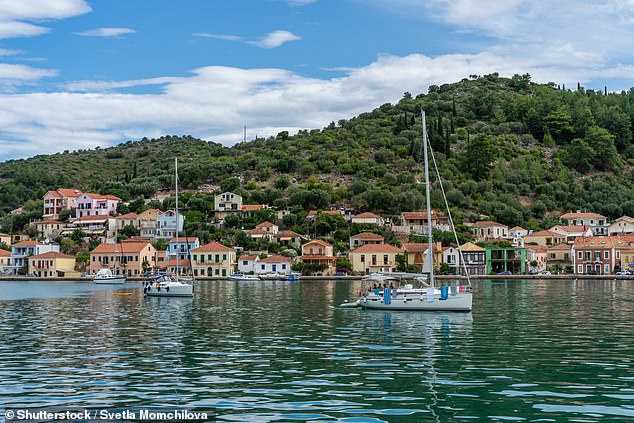 Ithaca Police said in a statement that its investigation into the death of a 40-year-old foreigner in a hotel room had been ‘resolved immediately, following a systematic and thorough investigation’ (pictured: the town of Vathy)

But when she went back in the morning, she shook him and ‘saw he was cold’, and realised he was dead.

Mr Armstrong’s family released a statement through the Foreign Office today, saying: ‘Iain Armstrong had gone to Greece to support a good friend who was in difficulty. This was an act of kindness.

‘This kindness resulted in a physical attack which caused his death and our total devastation. We are asking you to respect our privacy and allow us to grieve in our own time.’

A Foreign Office spokesperson said: ‘We are supporting the family of a British man following his death in Ithaca and are in contact with the Greek authorities.’