New photos of a head wound suffered by the brave Border Patrol agent, who stormed Robb Elementary School and killed the 18-year-old gunman, as well as his bullet-ridden baseball hat have been released.

The agent who is credited with killing Salvador Ramos, is reportedly from the Border Patrol Tactical Unit (BORTAC), which is made up of 240 agents who handle risky work on the U.S. border, including raids.

The picture of the agent’s head showing stitches and a bloody graze wound was first reported by the Washington Examiner.

Another photo shows the agent’s bullet-ridden white mesh cap and a rip where the gunman’s bullet presumably tore through it.

The unnamed agent and two of his colleagues responded to reports of an active shooter in Uvalde after hearing a call about the incident on a local police radio.

They had reportedly just happened to be nearby taking part in a operation to raid drug ‘stash houses.’

The picture of the agent’s head showing stitches and a bloody graze wound was first reported by the Washington Examiner. 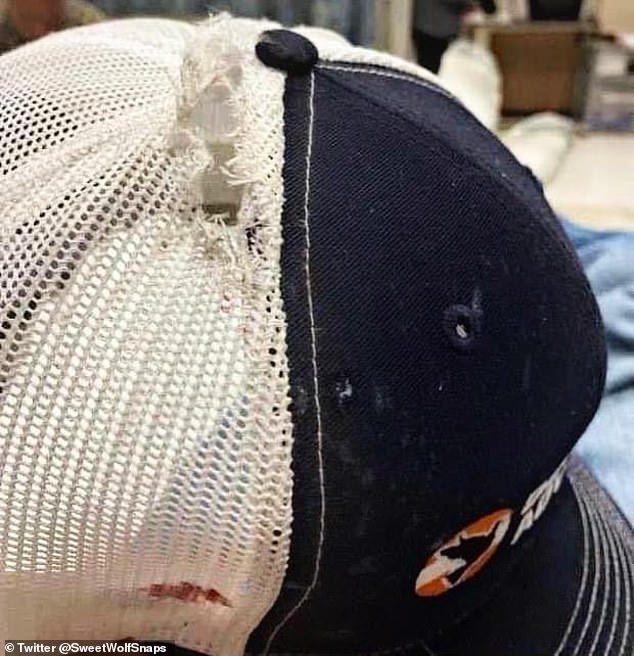 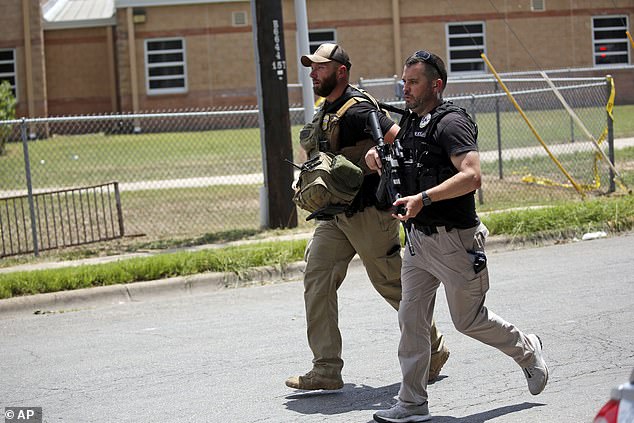 The agent who ended Tuesday’s school massacre by shooting and killing the Robb Elementary school gunman is reported to be part of an ‘elite’ tactical unit. (Above) Law enforcement personnel are pictured at the scene of the shooting which saw two teachers and at least 19 children die

Department of Public Safety Lt. Christopher Olivarez told CNN that the shooter barricade himself inside of a single classroom, and that it is inside that classroom where most or all of the 19 children and two teachers were killed.

As the school shooting began, Ramos was ‘engaged’ by both a school-district police officer and then two city police officers who were first on the scene, a Texas public safety officer told CNN.

Those officers were unable to stop Ramos, and called for backup from nearby police and Border Patrol units.

Marsha Espinosa, Homeland Security spokesman, said multiple border agents and other officers entered the building and ‘faced gun fire from the subject, who was barricaded inside.’

‘Risking their own lives, these Border Patrol Agents and other officers put themselves between the shooter and children on the scene to draw the shooter’s attention away from potential victims and save lives,’ she said.

Initially the BORTAC agents were not able to get into the classroom because Ramos was behind a barricade of a steel door and cinder block construction returning fire, the WSJ reported.

But the agents were able to get a master key from the school’s principal that allowed them to enter the room and managed to shoot and kill the gunman before he could claim more victims.

During the shootout with the wounded agent, who is assigned to the Del Rio Sector in South Texas, was grazed by a bullet and sustained a leg injury, but was otherwise uninjured. 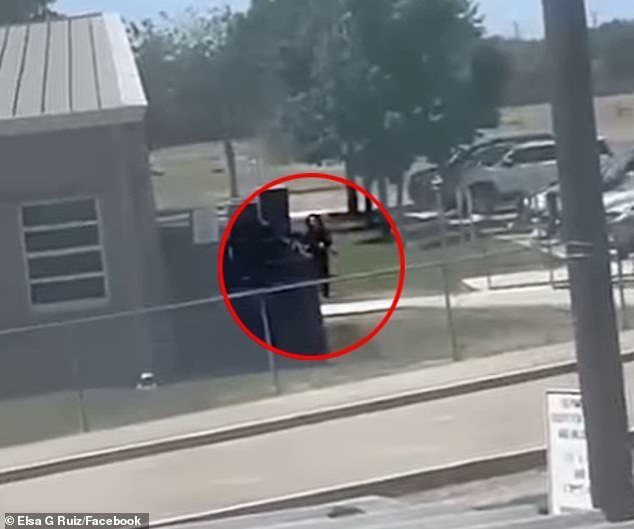 One video at the scene appears to show the suspected gunman, named by Governor Greg Abbott as Salvador Ramos, approach the school while what sounds like gunfire is going off in the background 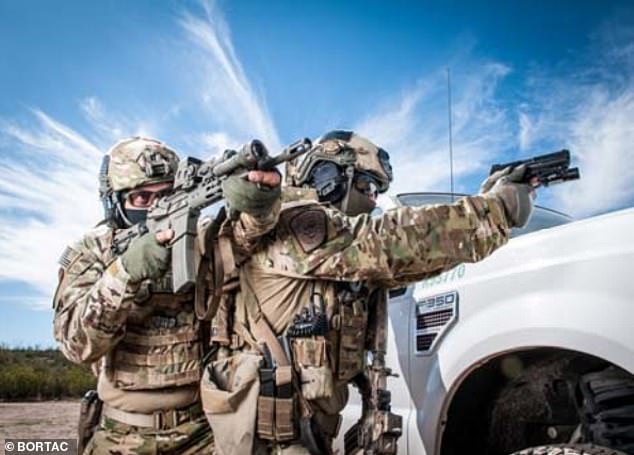 The unnamed agent is believed to be part of an ‘elite’ tactical unit from the Border Patrol Tactical Unit (BORTAC), which has agents who undergo extreme training dispersed throughout the United States (file photo from US Customs and Border protection website)

In total, the three BORTAC agents were among 80 total Border Patrol agents who responded to the mass shooting.

BORTAC is headquartered in El Paso, Texas, explaining the presence of the agent from the unusual tactical unit.

Many of the agents live in Uvalde themselves.

‘Uvalde is their home, these are their neighbors, they had kids that went to that school,’ top Border Patrol agent Jason Owens told the Wall Street Journal.

‘We had agents that were responding to this incident, knowing their child was unaccounted for in this incident. We have agents whose families were impacted by this event.’

The unit is unique in that it conducts training and operations both in the United States and in other countries ‘in furtherance of the US Border Patrol’s mission’, according to US Customs and Border protection.

Potentially dozens more children may have been killed if the BORTAC agent had not intervened, with the killer claiming the lives of 19 children and two teachers before he was stopped.