PICTURED: Man, 41, who ‘stabbed a grandmother, 96, to death with a pitchfork in Chicago’

PICTURED: Man, 41, who ‘stabbed a grandmother, 96, to death with a pitchfork in Chicago’

A Chicago man has been charged with murder and attempted murder after police say he attacked two elderly women with a pitchfork, stabbing a 96-year-old grandmother to death.

According to the Chicago Police Department, 41-year-old Dujuan Randle was taken into custody before 11.30am on Tuesday after he was positively identified as the person who minutes earlier stabbed Myrtis Jackson and another woman outside the home they shared in the 7700 block of South Laflin Avenue. 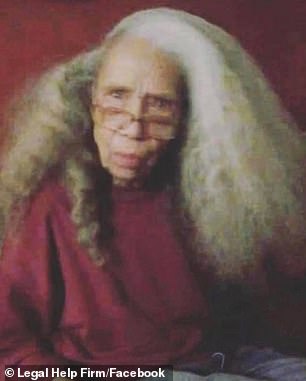 Dujuan Randle, 41 (left), has been charged with murder and attempted murder for allegedly killing Myrtis Jackson, 96 (right), and injuring a 73-year-old woman with a pitchfork 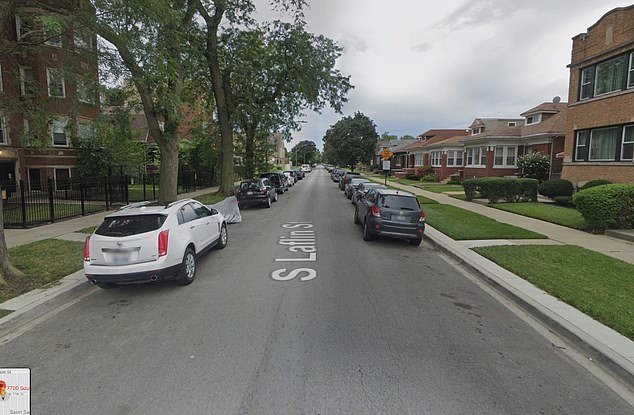 The surviving victim, 73, was rushed to University of Chicago Medical Center to be treated for serious injuries.

Randle was taken to St Bernard Hospital for minor injuries and cuts sustained during the attack.

Randle has since been booked into jail on charges of first-degree murder and first-degree attempted murder. He is due in bond court later today.

A police spokesperson declined to say whether the suspect is related to the victims, but it was previously reported that the attack was domestic.

Records indicate that all three victims lived together in the same house. 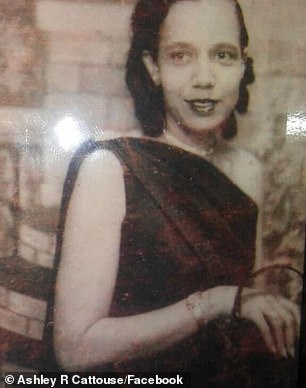 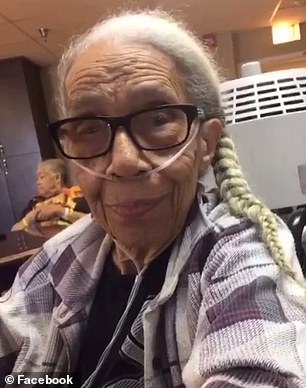 Jackson (pictured left in her youth) was pronounced dead at a hospital. The 41-year-old accused attacker has a history of mental health issues 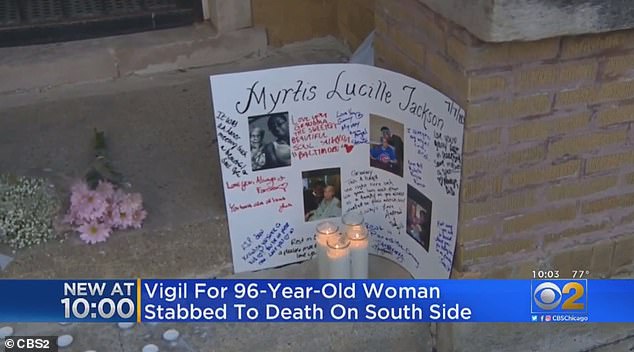 Sources say the suspect has a history of mental illness.

Meanwhile, family and friends held a prayer vigil for Jackson outside her home where she was struck down, reported CBS Chicago.

According to records, Randle has a history of arrests dating back to at least the mid-90s, including for theft and drug possession.