Pictured: Married father accused of ‘kidnapping a girl, 7, from Kmart and sexually abusing her’

The married father of twin babies who allegedly kidnapped a little girl from a Kmart store and took her into bushland to sexually abuse her has been identified.

Sterling Free, a 26-year-old furniture store worker, from Morayfield north of Brisbane, was arrested on Monday after he allegedly lured a seven-year-old girl away from her mother at Westfield North Lakes two days earlier, and drove her to a bush area more than 30km away.

The terrified child was then driven back to the shopping centre and released, then taken for medical treatment.

The man, whose name is suppressed, appeared in court on Tuesday charged with taking the girl from a Westfield shopping centre in North Lakes, north of Brisbane

Her alleged attacker was charged with taking a child for immoral purposes, deprivation of liberty and indecent treatment of a child.

The man’s identity cannot be revealed after a Queensland magistrate decided on Wednesday that it was in the interests of ‘fair justice’ to continue a suppression order on his name.

However, his name and details about his family have been widely circulated on social media.

Magistrate Trevor Morgan said he did not want the accused man ‘to be lynched’ on social media and in the court of public opinion.

‘I entirely support the position taken by the police in not disclosing more information. Less information would have been more helpful,’ Mr Morgan said.

‘What I need to bear in mind is the public’s behaviour,’ he said.

The man did not apply for bail, which was formally refused. He will remain in custody until his next court date in February next year. 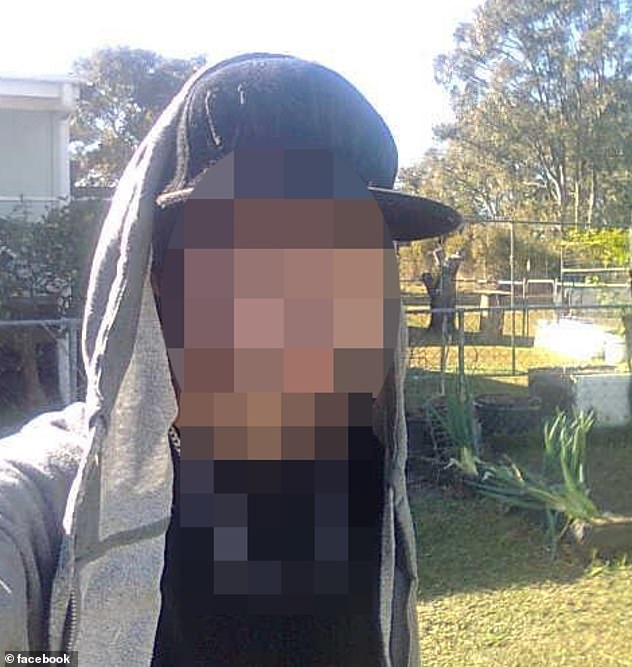 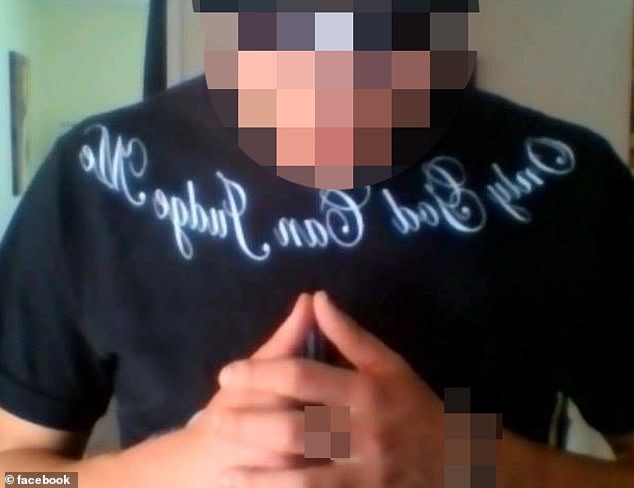 Outside the court, a man wearing a tshirt with ‘paedophile execution squad’ written across the back of it said he was there in support of the child victim.

Daily Mail Australia can reveal the accused attacker is known to child protection services in QLD and has previously been investigated by police for alleged attacks involving children.

Until his arrest, the man was working at a Fantastic Furniture store, and had previously worked at Australia Zoo in the catering section.

At the furniture store on Wednesday, the manager said he was ‘unable to comment’ on the staff member’s charges.

On the man’s Facebook page, people commented and threatened him with death and ‘hoped he would die painfully’.

‘I’ll be praying to god that you get raped and tortured and then murdered after you’ve suffered,’ one wrote. Outside the court, a man said he was there in support of the child victim ‘I want to make sure there is proper justice,’ the man said outside court on Wednesday 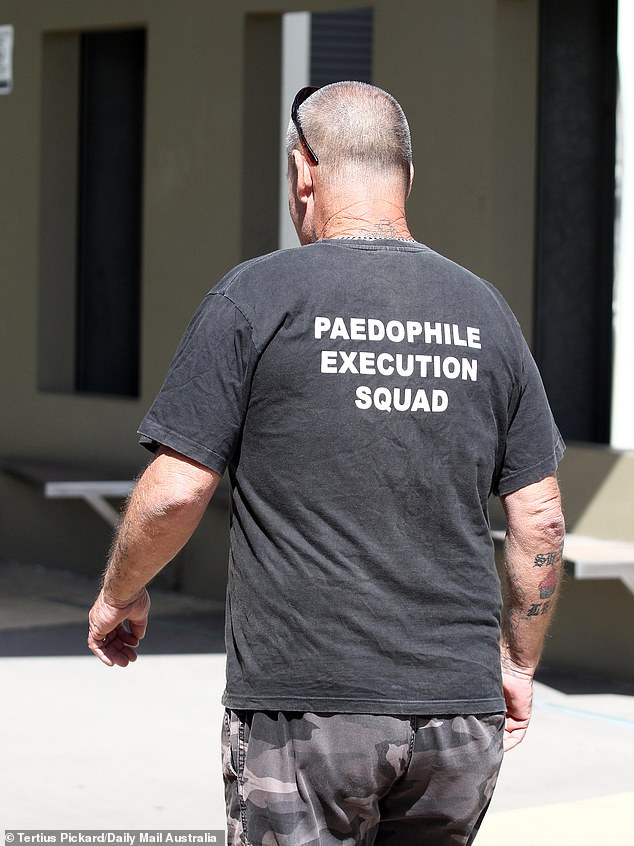 Another said they hoped he would be violently raped in prison: ‘You deserve to die a slow and painful death you scumbag’.

‘Sooner or later someone will inflict some justice on you and I hope they finish the job slow and painfully c**t,’ a third said.

‘You’re sick in the f**king head, I hope you rot in hell!! Every dog has their day and yours is coming.’

Some commenters were not content to have the alleged rapist murdered by others, and wanted to do the job themselves.

‘If I ever see your face walking these street, I promise you I will cut your throat from ear to ear you weak pedophile dog. You’re as good as dead you grub,’ one said. The 26-year-old man, whose name is suppressed, appeared in court on Tuesday accused of taking a child from a Westfield shopping centre in North Lakes, north of Brisbane 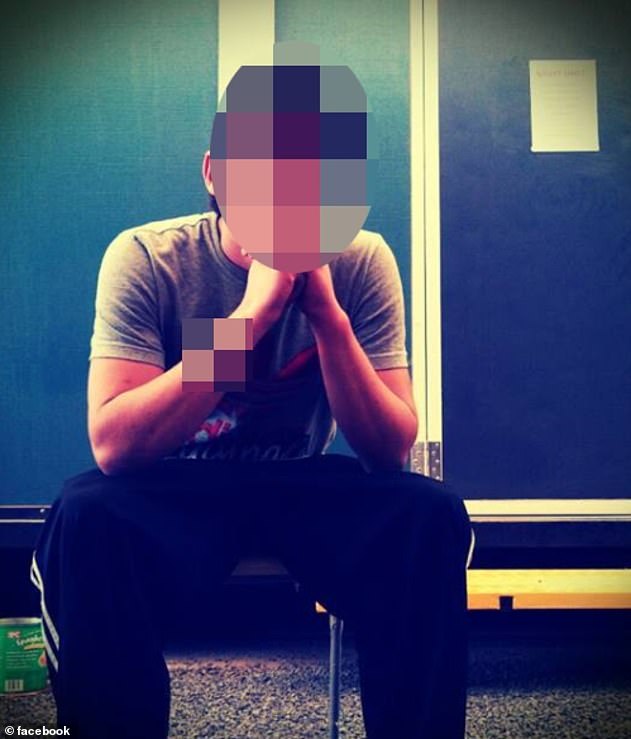 Another said: ‘You need your fucking throat slit from ear to ear… hope I see you round town ya f**king dog.’

Other angry users felt death was too good for him, and he should be made to suffer like his alleged child victim.

‘He doesn’t deserve to die. That’s too easy. Hope he lives a life of misery, just like the little girl. She will never be the same,’ one said.

‘You don’t deserve the privilege of death. You deserve to suffer unimaginable pain and torture for every waking moment of the rest of your putrid life, just like that poor little girl and her family have to.’