A Met police firearms officer from the same unit as Sarah Everard’s murderer Wayne Couzens appeared in court today accused of raping a woman he met on Tinder after allegedly showing her his warrant card and boasting about guarding Boris Johnson.

Carrick, who magistrates heard was Couzens’ former colleague, is currently suspended from duty, and was remanded into custody to appear at St Albans Crown Court on November 1.

David Carrick, 46, was arrested on Saturday and has been suspended from the Met’s Parliamentary and Diplomatic Protection Command 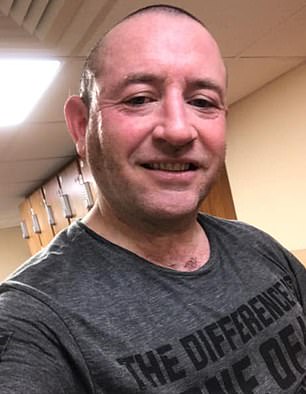 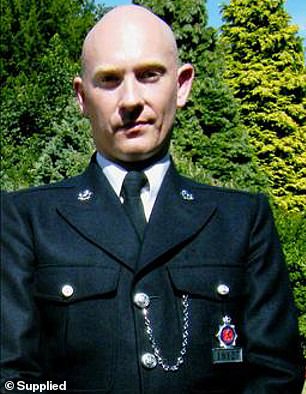 The court was told Carrick showed the alleged victim his police warrant card and said he worked for the Met’s firearms division and was involved with guarding important people including the Prime Minister. He also owns a snake, magistrates heard.

Carrick appeared, wearing a white shirt, via video link at St Albans Magistrates Court from a police station in Stevenage.

Mark Fleckney, prosecuting, said: ‘They first met on September 4 of last year when they went to a public house in St Albans.

‘Mr Carrick had asked whether she could come to the injured party’s house, but said she would rather meet him in town.’

He added: ‘Mr Carrick had ordered a bottle of wine which she doesn’t drink, but felt pressured to drink it as he had paid for that wine.

‘The conversation then went onto what Mr Carrick did and she confirmed that he was a Metropolitan Police officer.

‘Indeed he showed the injured party his identification card. He said he worked for the Metropolitan Police firearms division and that he guarded a number of important people including the Prime Minister.

‘He confirmed he lived in Stevenage and also owned a snake.’ 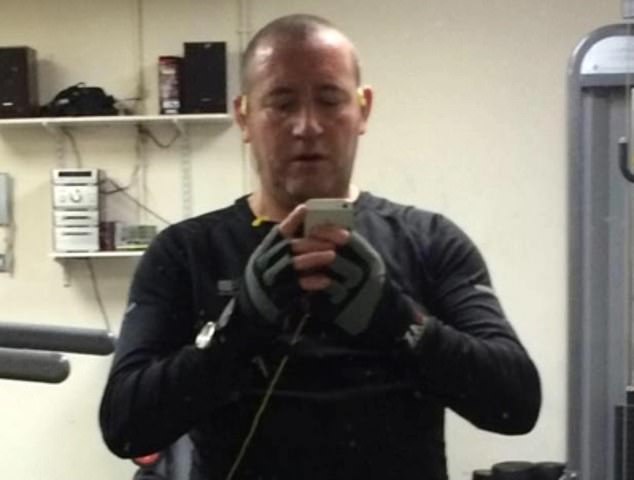 Carrick, who is currently suspended from duty, is due to appear at St Albans Crown Court on November 1

The court heard the officer took the woman to the Premier Inn in St Albans where he was staying, where the alleged offence occurred.

Ryan Dowding, defending Carrick, said: ‘The two met on Tinder, a dating app, and they had arranged to go to a pub.

‘Having consumed alcohol at the pub, and then going to another pub, more alcohol was consumed.

‘Mr Carrick says no such sex occurred. He emphatically denies the allegations.’

He said: ‘You will be remanded in custody until you appear at St Albans Magistrates’ Court on November 1.’