One of the vans used in today’s deadly attack in Barcelona was rented by a man named Driss Oukabir, Spanish police say.

Oukabir, who is originally from Morocco, rented the van in the town of Santa Perpetua de la Mogada, according to reports in Spain.

Spanish TV station TVE said it was not clear if Oukabir was among the attackers.

He was born in Morocco in 1989, police sources have told OkDiaro in Spain.

A Facebook page with Oukabir’s name identifies him as being from Marseille and living in Ripoll in Catalonia.

His wall has been flooded with angry messages following the attack.

At least 13 people are believed to have been killed in the attack, and at least 32 injured.

Commissioner Ferran Lopez, from the Mossos d’Esquadra police force, said they could only confirm ‘one death and 32 injured, some of them seriously’, adding that the number of dead would probably increase. 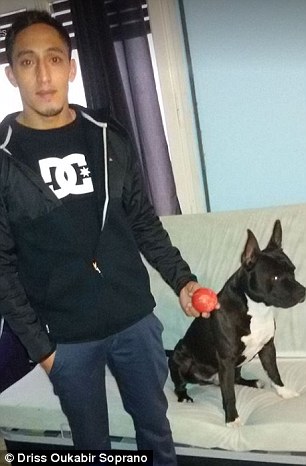 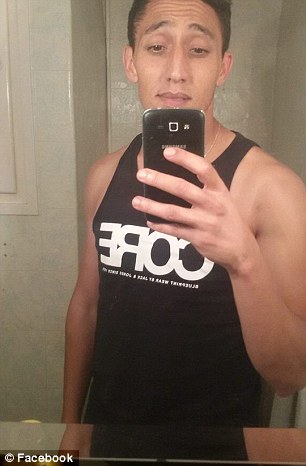 Television footage showed hundreds of people fleeing the Plaza de Catalunya in panic, while others treated bloodied injured on the ground along the Rambla.

Pictures and video emerging from the scene show armed police and paramedics rushing to the Las Ramblas, a busy tree-lined promenade in the centre of the city.

Horrifying footage from the scene shows dozens of victims lying injured on the floor.

Gunfire was heard at the Corte Ingles store in the area after police announced a ‘massive crash’.