PICTURED: Mother who jumped to her death after throwing her five-year-old son off a 20-story balcony

PICTURED: Mother, 37, who jumped to her death after throwing her five-year-old son off a 20-story balcony of a Miami high-rise in murder-suicide

By Ariel Zilber and Miranda Aldersley For Dailymail.com

The mother who threw her five-year-old son from a 20-story balcony before jumping to her own death in Miami has been identified.

Solanye Virginia Matos, 37, jumped from a balcony of a high-rise building in Miami on Monday night.

Investigators believe she jumped moments after throwing her five-year-old son, Luciano Matos, from the same balcony, according to WTVJ-TV.

Police are now investigating the incident as a murder-suicide.

The high-rise apartment is next to the Brickell City Center shopping complex.

Police and Fire Rescue crews arrived just after 8pm to find the child unresponsive near a pool on the sixth floor terrace of the high rise block. 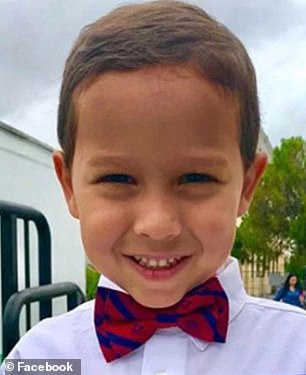 Solanye Virginia Matos (left), 37, jumped from a balcony of a high-rise building in Miami on Monday night. Investigators believe she jumped moments after throwing her five-year-old son, Luciano Matos (right), from the same balcony 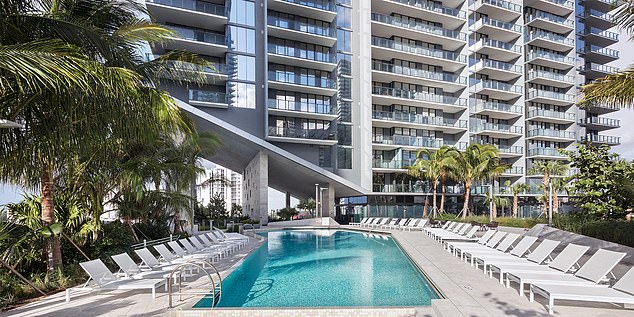 He was given CPR by paramedics at the scene before being taken in critical condition to Ryder Trauma Center at Jackson Memorial Hospital, where he died.

His mother, who investigators say fell from between the 20th and 23rd floors onto the terrace, was found nearby and was pronounced dead at the scene. 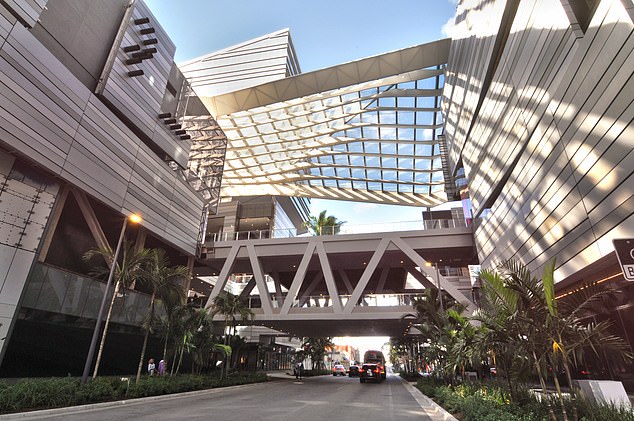 Brickell City Center multiplex in Greater Downtown Miami, where a mother and her son died after falling around 20 floors on Monday evening

Fire officials said they had received a call earlier from a family member saying a woman named Solange had been threatening to jump.

Brickell City Center is a $1.05 billion shopping and cinema complex in Miami, located between 7th and 8th Streets on both sides of South Miami Avenue and east of South Miami Ave on the north side of 7th Street.

The family is reportedly devastated, saying that they saw no warning signs beforehand that would indicate potential trouble.

Residents of the building said they were shocked when they discovered what happened.

‘Late last night, I heard, in passing, “Rise,” and I go, “No, that couldn’t be this building”,’ Patricia Lopez, who lives in the building, told WSVN-TV.

Another neighbor, Roberto Junior, said: ‘I asked the management and people from the building, but they weren’t allowed to say anything.

‘I just saw the cops in the building interviewing people. It’s a very family-friendly building.

‘I love the area. I never saw anything weird.’

On Tuesday, a 24-year-old mother was arrested in Upland, California, after throwing her one-year-old son off a balcony and jumping after him.

Both Tierra Ortega, 24, and her son survived but she is also charged with and attempted murder charges after allegedly killing her seven-month-old daughter by fracturing her skull.