An Ohio man allegedly shot dead his wife and three kids before turning the gun on himself in a horrific murder suicide that left his family and friends in disbelief.

The bodies of John Nelson, 44, his spouse Robin, 35, and their three children, Gavin, 12, Brianna, 10, and Liam, six, after they were discovered inside their home in Elyria, Ohio, just after 8am on Wednesday.

The family dog was also found dead on the family’s property.

Elyria Police released a statement Thursday saying the incident was a murder-suicide, with John killing his wife and children before turning the gun on himself. Authorities have not yet revealed how they made that determination.

Police had been called to the Nelson family home Wednesday morning after John failed to show up for work. Officers then found the bodies at the home while carrying out the welfare check.

Neighbors said that they heard loud bangs and screams just after 5pm on Tuesday evening, but did not suspect anything was wrong.

‘About 5.20pm, I heard what sounded like firecrackers going off like ‘pop pop pop pop pop,” neighbor Enetta Hubbard said to News5Cleveland.

Another neighbor, Linda Bristow, also thought she heard firecrackers going off  and the screaming of children.

‘Now I know why they were running around screaming,’ she told the news network.

The apparent murder-suicide came as a shock to relatives, who said that the Nelsons had been making future plans for their family. 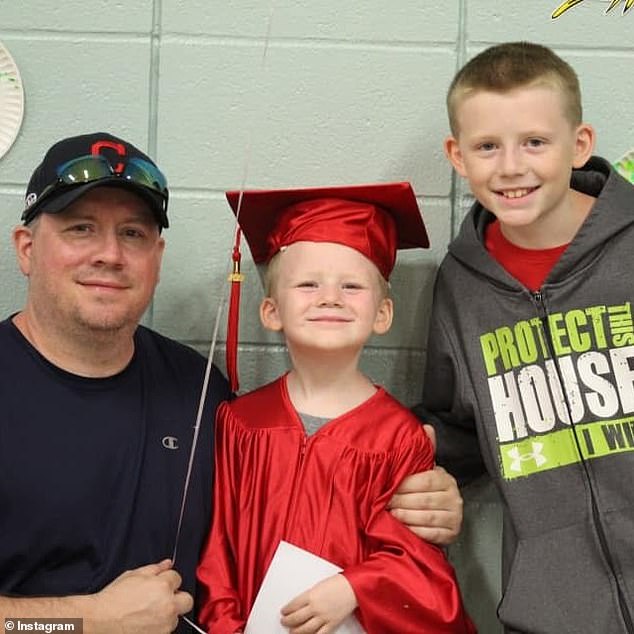 John (left with Liam, center, and Gavin, right) had once written that his family was his ‘life’ in a Facebook post dated to 2007 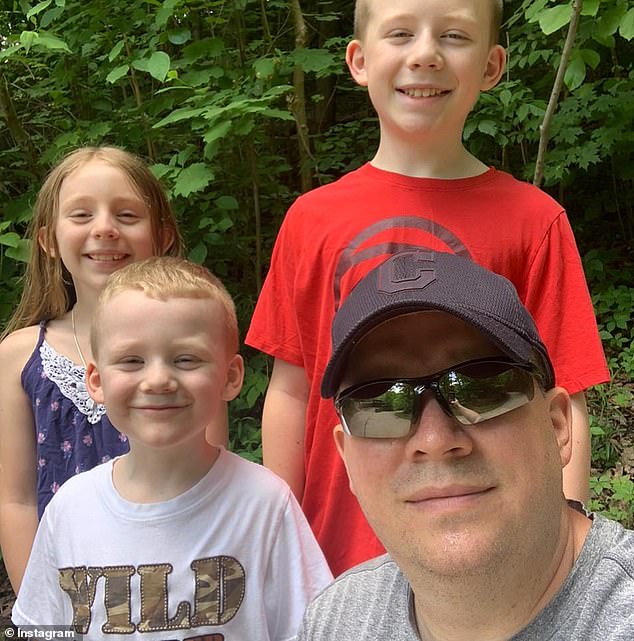 John’s (in hat, with his children) relatives said that they were unaware of any problems in his family, but that the family’s neighbors had heard ‘a lot’ of arguing over the last few months

His cousin, Ben Runyon, told Cleveland 19 that he knew ‘they were trying to get out of this neighborhood and move out to the country somewhere and he just wanted to stay busy with the kids and keep them out of trouble so none of this is making any sense, were just lost right now,’ he stated.

‘They were a typical family. They kept the three kids busy,’ Runyon added.

‘They were in baseball and volleyball and soccer and ballet. There was two boys and a girl and the wife worked as a nurse and he worked down the road at a plastic bag factory and he lived here his entire life’. 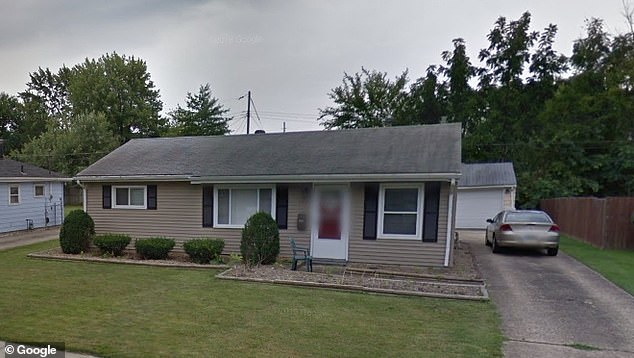 Police say John Nelson shot dead his wife and three kids before turning the gun on himself in a horror-murder suicide at this home  in Elyria, Ohio 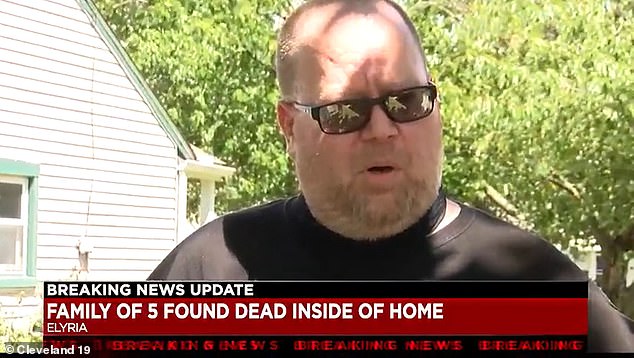 John Nelson’s cousin, Ben Runyon, spoke with Cleveland 19 on Thursday, and revealed that he is still trying to process the news

John had once posted a family photo on Facebook, noting that his wife and children were his ‘life.’

‘Sounds corny. I’m very emotional…it makes you appreciate all the lil (sic) things,’ he wrote in 2007 in the family photo’s caption, according to The Sun.

Although Runyon told The Sun relatives were unaware of any problems within the Nelson family, he said that ‘Neighbors heard a lot of arguing the last couple months.’

Elyria City Schools said that the Nelson children were students in the district on Facebook and that it would be offering counselors for students, parents and staff impacted by the tragedy.

‘The Elyria community is grieving the loss of a family of five in a tragedy that occurred last night in the city,’ Elyria City Schools said in the Facebook post.

‘With profound sadness we must report that the three children who died—all siblings—were students in our school district. This devastating news has deeply shaken our staff and school community.’

The school district also said: ‘We send our sincerest condolences to friends and relatives of the family.’

On Thursday, Elyria Schools Superintendent Ann Schloss confirmed the Nelson children as having been the victims of the apparent murder-suicide.

‘These three siblings were deeply loved by their teachers, principals, fellow students, neighbors, friends and family,’ Schloss wrote in a post on smore.com.

‘The people who love them could speak for hours at length at the irreplaceable goodness these young people brought to our school buildings. And there are truly no words adequate enough to describe the pain that arises from a tragedy of this immensity.’

The mayor of Elyria – which is located southwest of Cleveland – also paid tribute to the Nelson family.

‘My heart is broken for this family in particular the children. I cannot imagine the pain those close to them must feel and we send our deepest condolences and are here to support them and any of our residents who need our help,’ Mayor Frank Whitfield stated.