These are the first photos of a Royal Academy of Music student and his friend who were killed by a suspected drink driver in the early hours of Sunday.

Siân Chambers and Alex Ross, both 19, died when their blue Ford Mondeo and a Citroen C3 collided on the A46 in Lincoln.

Police arrested a 26-year-old local man after he allegedly tried to flee. He was held on suspicion of drink driving and death by dangerous driving before being released from custody under investigation. 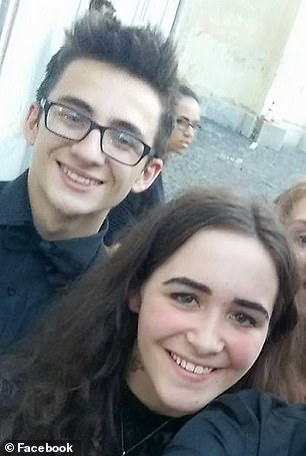 Siân Chambers (left) and Alex Ross, both 19, died when their blue Ford Mondeo and a Citroen C3 collided on the A46 in Lincoln. They are seen together on the right

Friends and relatives have paid tribute to the pair, who were both double bassists with the Lincolnshire Youth Symphony Orchestra, according to The Mirror.

Mr Chambers’ father, David, has now changed his profile photo to an image of the two victims together.

A friend wrote on Twitter: ‘My heart is broken for Sian and her boyfriend’s family, never ever take anyone or anything for granted. Time is so precious. Rip you lovely lovely people.’

Another wrote on Instagram: ‘You are my best friend, my love, my everything and I can’t believe you’ve left me behind on this world to go to a better place. 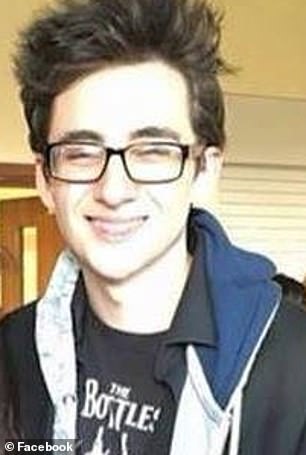 Mr Ross (pictured) started attending the Royal Academy of Music in September last year, according to his Facebook profile

‘You didn’t deserve what happened and I will always miss you desperately. I’ll love you forever and ever with all my heart, rest in peace Sian.’

Mr Ross started attending the Royal Academy of Music in September last year, according to his Facebook profile.

Members of the public who did not know the pair also paid tribute online.

Cathy Chamberlain said: ‘Sending thoughts to the parents of the two youngsters. Tragic end to their young lives.’

Sue Grant said: ‘Heartbreaking that two families have had the dreaded knock at the door.’

Lincolnshire Police said: ‘The occupants of a blue Ford Mondeo estate – a man and a woman both 19 – were pronounced dead at the scene.

‘The other vehicle, a white Citroen C3, left the scene and was later traced and the driver, a 26-year-old local man, was arrested on suspicion of causing death by dangerous driving, providing a positive breath test and leaving the scene of a collision.’

Police said in a further update on Sunday: ‘The man who was arrested following yesterday’s double fatal collision has been released from custody under investigation. 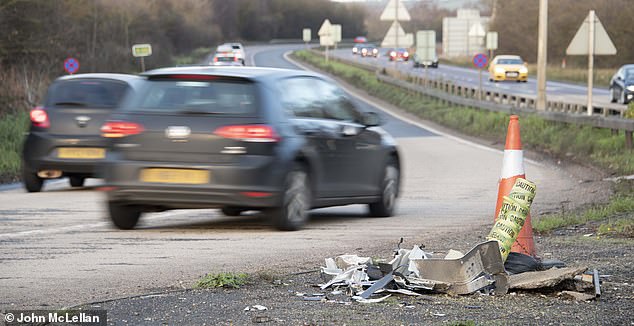 Debris at the scene of a fatal RTA at the Skellingthorpe roundabout on the A46 west of Lincoln, Lincolnshire, on December 22 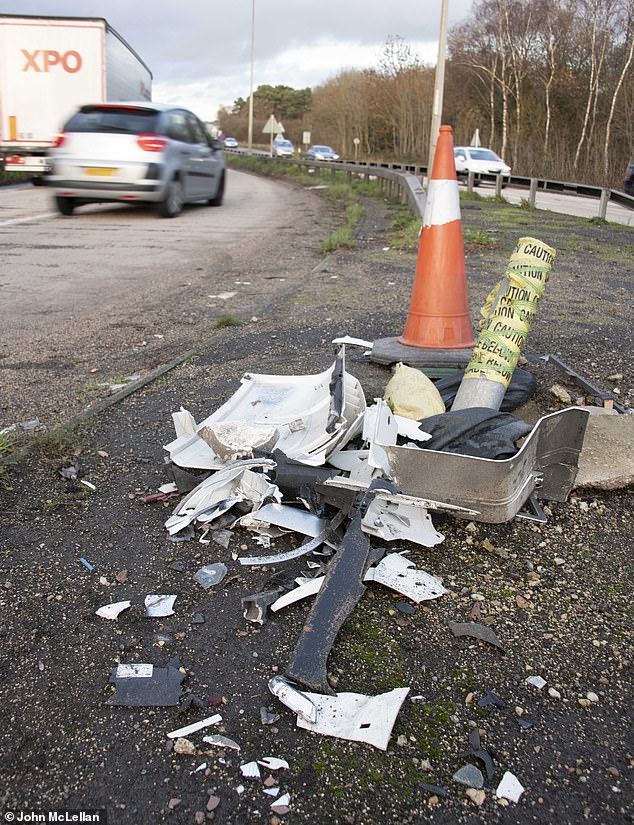 Local residents described seeing a police helicopter searching across south Lincoln for several hours after the collision. Pictured: The crash site on December 22