Pictured: Special Operations soldier who was killed by a roadside bomb while fighting ISIS in Syria

The Department of Defense has identified the soldier who was killed by a roadside bomb in the fight against ISIS.

Texas native Master Sergeant Johnathan J. Dunbar, 36, was killed on Thursday in Manbij, Syria, near the Turkish border, when an improvised explosive device detonated near his patrol.

Dunbar was assigned to the headquarters of the US Army Special Operations Command in Fort Bragg, North Carolina.

He grew up in Austin, Texas and joined the Army as an infantryman in 2005, six years after finishing high school, according to USASOC.

Dunbar’s first assignment was with 1st Battalion, 325th Airborne Infantry Regiment at Fort Bragg, where he deployed once to Afghanistan and once to Iraq in support of combat operations. 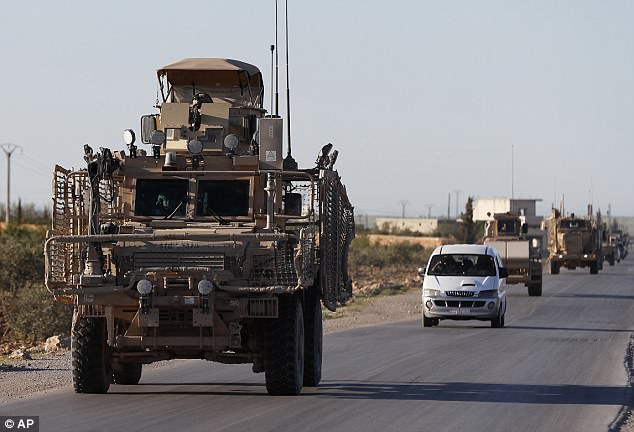 A US military convoy is seen in Manjib on Saturday. Dunbar was killed in the border town near Turkey on Thursday when an improvised explosive device hit his convoy 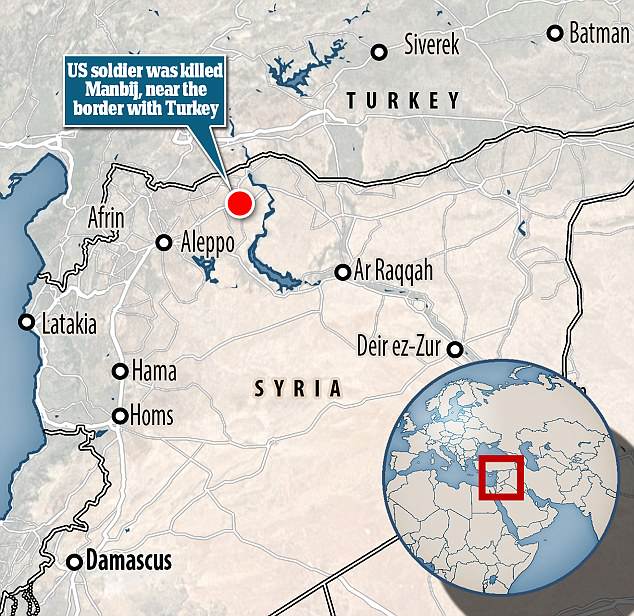 Manjib, a mixed Arab-Kurdish town, is under threat of a Turkish military operation

In 2013, Dunbar was assigned to USASOC, where he served as a team member and deployed three times in support of combat operations in Iraq and Afghanistan.

Dunbar is the the fourth American service member to die in Syria since the US began attacking Islamic State group militants there in September 2014, according to the Pentagon.

Manbij, a mixed Arab-Kurdish town, is under threat of a Turkish military operation from across the border.

Ankara says the town is controlled by Syrian Kurdish militiamen that Turkish officials claim are ‘terrorists’ and an extension of Kurdish insurgents inside Turkey.

The US currently has about 2,000 troops in Syria. On Thursday, President Donald Trump made a surprise announcement that the US would ‘be coming out of Syria like very soon’, though his exact meaning was unclear. 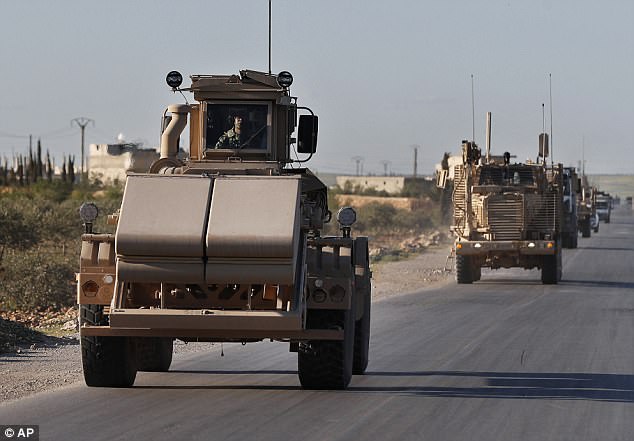 A US mine detector armored vehicle leads a convoy of on a road leading to the tense front line with Turkish-backed fighters Manbij on Saturday. Dunbar is the fourth American killed in Syria

The other US fatalities in Syria were Air Force Staff Sgt. Austin Bieren, whose death was noncombat related; Navy Senior Chief Petty Officer Scott C. Dayton, who was killed by an improved explosive device; and Army Spc. Etienne J. Murphy, who died in a vehicle rollover.