The Staten Island assistant principal who is now being investigated for a ‘racist’ Facebook rant about privilege was seen outside her home on Tuesday giving food to a black woman while her husband gathered recyclable bottles for the woman.

Deborah Morse-Cunningham, 48, is under investigation for a Facebook post in which she claimed people living in subsidized housing and had ‘as many children as they wanted’ were privileged.

Many deemed it racist and inferred she was talking about black people. She did not make any reference to race in the post.

Others supported her remarks and said they were sick of ‘people taking advantage of the system’. They claimed more white people than black people claimed government help, and said Morse-Cunningham was brave for ‘swimming against the tide’ with her post.

Cunningham has now deleted the post and is being investigated by the New York Department of Education. The school issued an email to parents calling her words ‘highly inappropriate’.

Deborah Morse-Cunningham, pictured outside her Staten Island home on Tuesday night, as thousands called for her to be fired from her teacher job over a post they said was racist 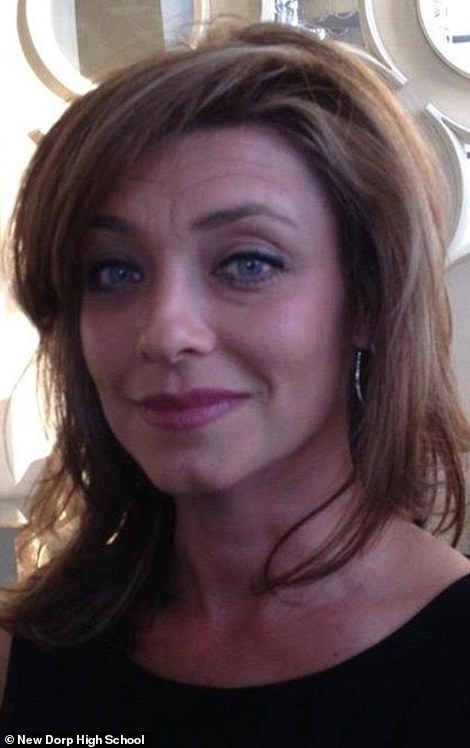 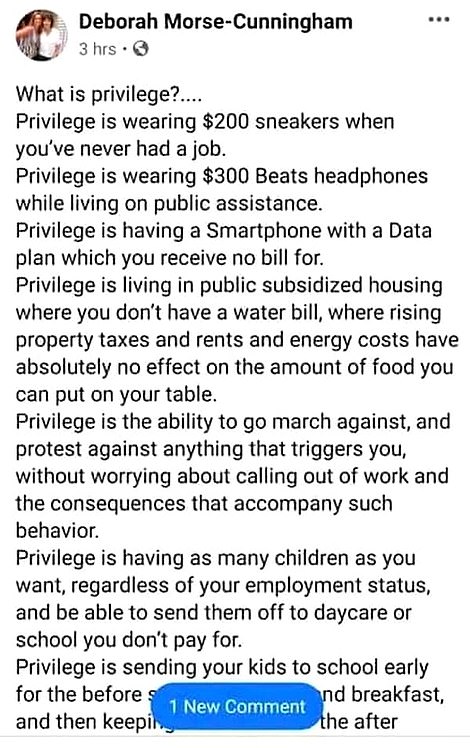 Morse-Cunningham (left in her photo on the school’s website) posted this on Facebook last week (right). It has since been removed 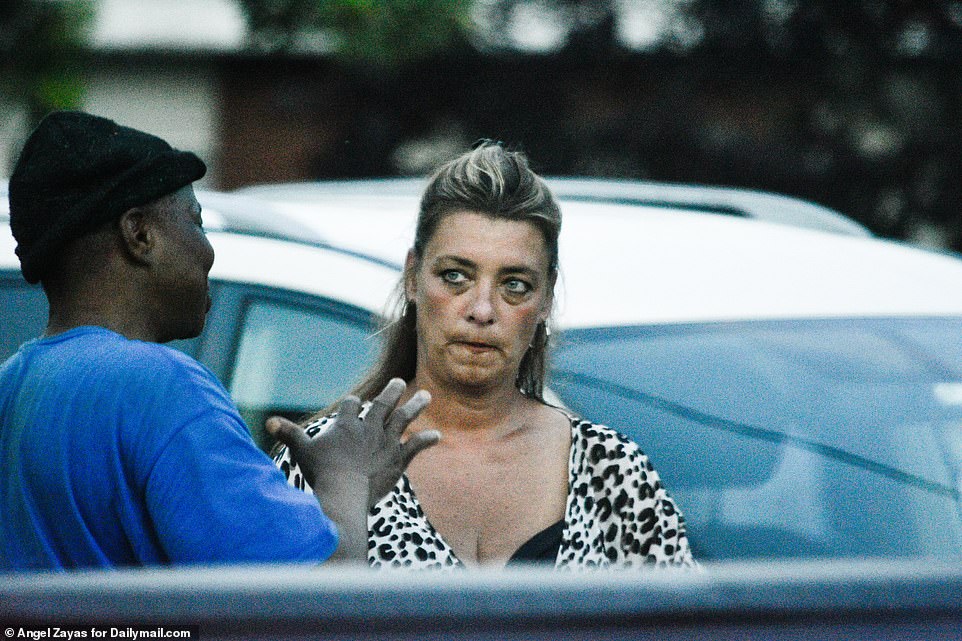 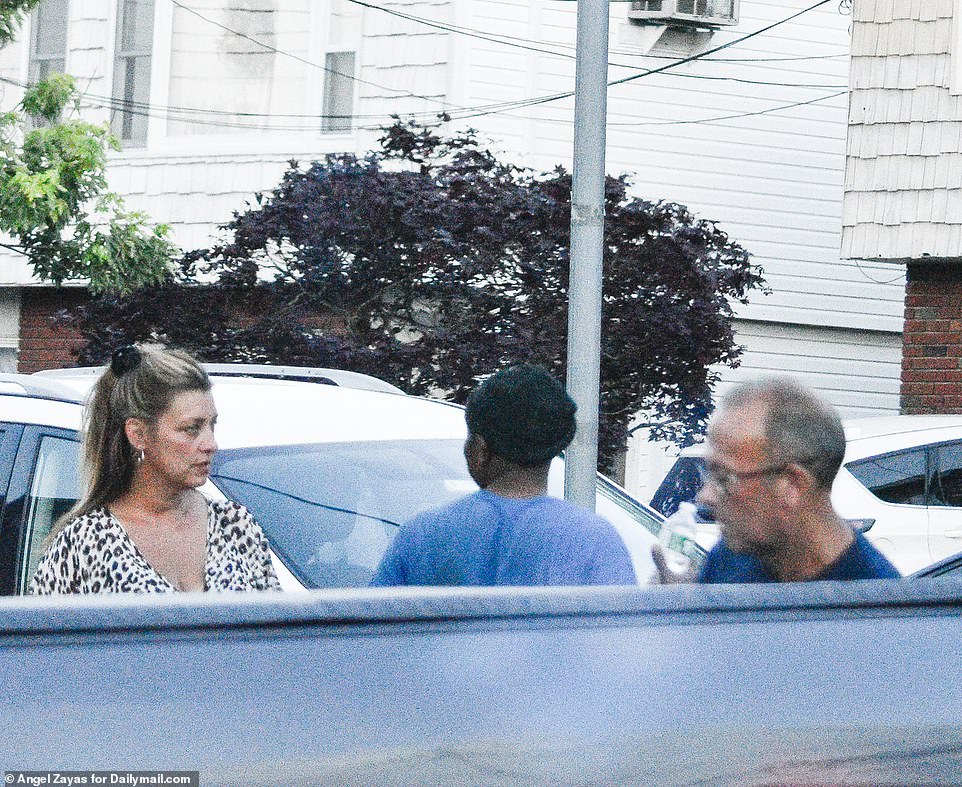 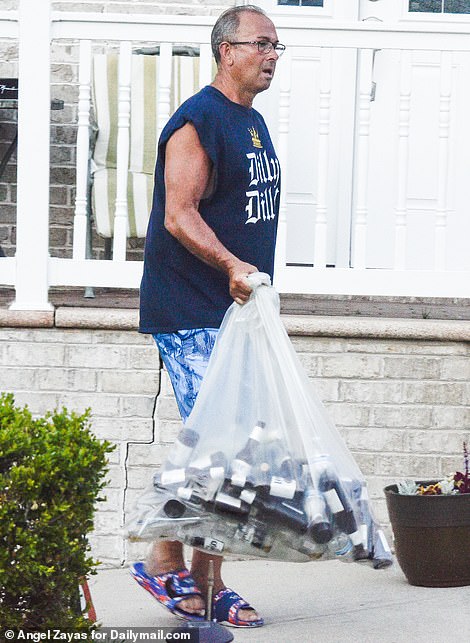 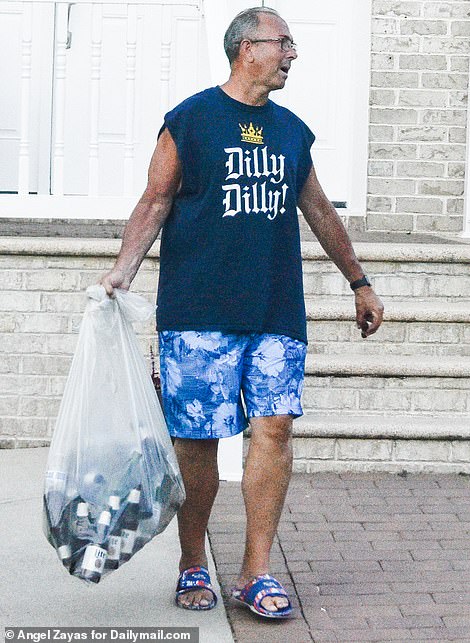 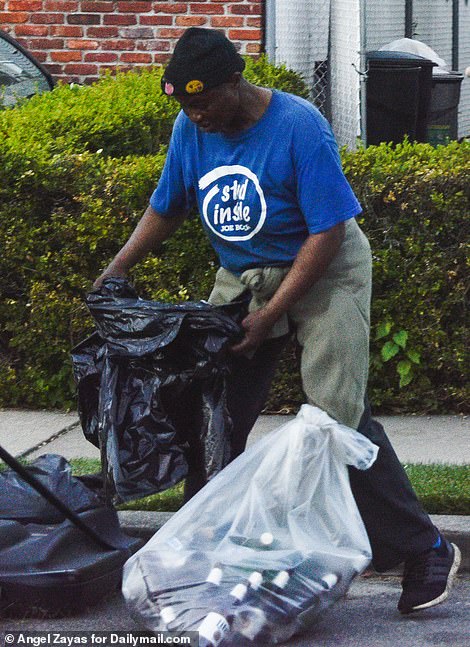 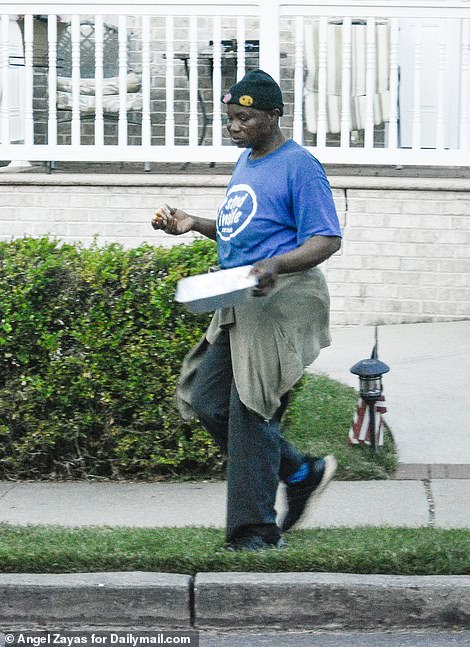 On Tuesday night, Morse Cunningham and her husband Brian were seen outside their home, giving a tray of food and some bottles in plastic bags to a woman who was collecting cans and recyclables from their trash.

She has not issued any public statement since the post went viral. In her post, she wrote: ‘What is privilege?’ 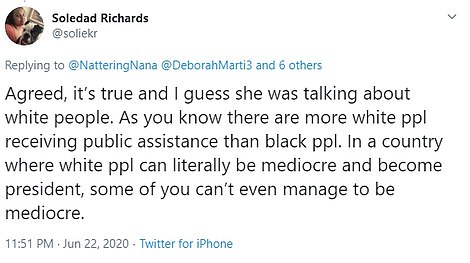 ‘Privilege is living in public subsidized housing where you don’t have a water bill, where rising property taxes and rents and energy costs have absolutely no effect on the amount of food you can put on your table.

‘Privilege is the ability to go march against and protest against anything that triggers you, without worrying about calling out of work and the consequences that accompany such behavior.

‘Privilege is having as many children as you want, regardless of your employment status, and be able to send them off to daycare or school you don’t pay for.’

One set up a Change.org petition demanding that she be stripped of her post. It has more than 12,000 signatures.

‘Deborah Morse-Cunningham, a longtime educator and Assistant Principal at New Dorp High School on the South Shore of Staten Island, has decided to use her platform and social media presence to post anti-Black messaging during this time. She recently posted a rant to her public Facebook page, detailing vicious stereotypes and racial profiling directed at the Black community.

‘As someone responsible for the tutelage of our youth, this is especially troubling and problematic rhetoric to say the least,’ the petition reads.

In an email to parents, the school’s principal called it ‘highly inappropriate’.

‘We were made aware of a highly inappropriate social media post that was allegedly posted by a school employee. 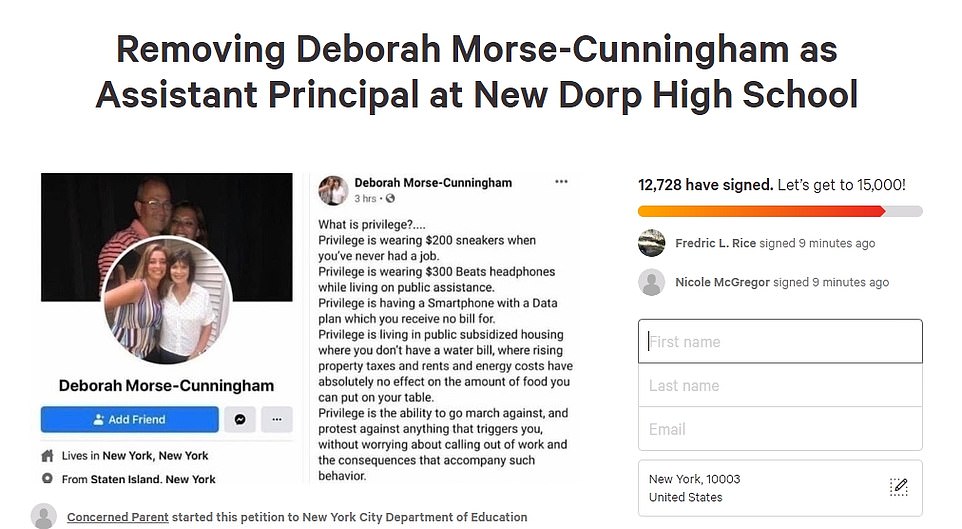 More than 12,000 people have now signed a petition demanding that she be fired from her position

‘We are taking this matter very seriously and have reported it to the investigatory office.

‘We wan to assure you that New Dorp High School does not stand for or condone language that promotes intolerance or hatred of any kind.

‘The words contained in the post go against the beliefs and values or our school and do not represent us in any way,’ the principal, Deirdre DeAngelis said.

In a statement on Tuesday, DOE press secretary Miranda Barbot confirmed the probe and stated: ‘The DOE stands against racism and schools must be safe and inclusive learning environments.

‘Teachers and staff have a responsibility to uphold those values, and the principal reported this incident for investigation’.

On Monday, New York City Mayor Bill de Blasio said he had not seen the post, but was ‘very concerned’.

‘No one in a position of authority should use racially insensitive language, especially someone who’s an educator and kids look up to,’ he stated.