Detectives have arrested a murder suspect over the dead of a man who was killed after a car ploughed into a crowd of people outside a social club.

Nathan Marshall died in hospital following the collision outside The Salisbury Club, in Brinnington, Stockport, on Sunday night.

A 30-year-old man has been arrested on suspicion of murder.

A black Audi A4 was found dumped in the middle lane of the M60 near the town centre, not far from the Stockport Pyramid, after the collision. 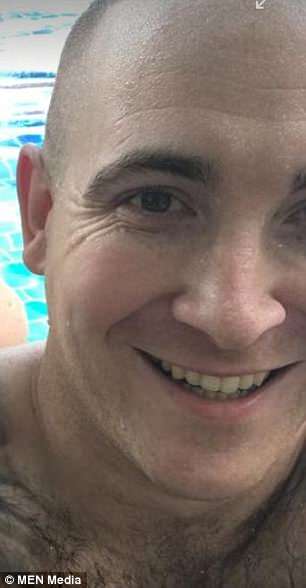 Nathan Marshall, pictured, died in hospital after a car ploughed into a crowd of people outside The Salisbury Club in Brinnington, Stockport, on Sunday. Detectives say the driver of the car is still at large 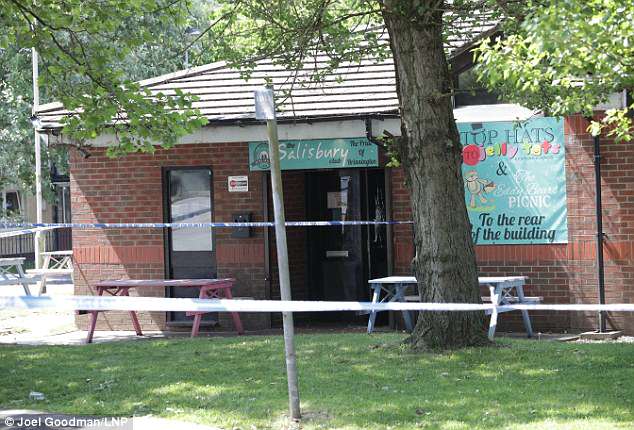 The black Audi A4 that hit Mr Marshall was found dumped in the middle lane of the M60 near the town centre, not far from the Stockport Pyramid (pictured: the scene at The Salisbury Club yesterday)

Detective Inspector Andy Butterworth, from Greater Manchester Police, told the Mirror: ‘Our investigation does not stop here and we are continuing to question the man in custody.

‘We are still gathering information from witnesses and will continue to recover any details which can help explain this man’s last moments and provide his family with the answers they deserve.

‘He and his family continue to be at the forefront of everyone’s minds at this heart-breaking time.

‘I would still urge anyone with any information about this tragic incident to please contact us.’

Desperate onlookers have described how people tried to help Mr Marshall, from Reddish, as he lay injured in the road.

One resident, who did not wish to be named, said: ‘We were nearby and heard lots of banging and shouting and saw a car drive past really fast. We went to have a look and the police began taping off the scene so we were stuck in the middle of it.

‘We had driven right into it and we saw a lad on the floor who looked in a really bad way and was getting CPR. Police were asking people nearby questions.’

A resident reported seeing a fight outside the club before the car hit a number of people.

Sharon Mills, 44, who witnessed the incident and called police, said: ‘They came out of the club fighting and a man got into his car and ran over a few people.

‘A man was on the floor with ambulance staff working on him, it was horrible.’

Touching tributes have been left at the scene following the tragic incident.

One note, left on a bunch of flowers, said: ‘From the landlady and family and customers of The Salisbury Club, so very sorry we tried our hardest.

‘We’d only met you for the first time but we’ll never forget your pleasant smile. Rest in Peace.’ 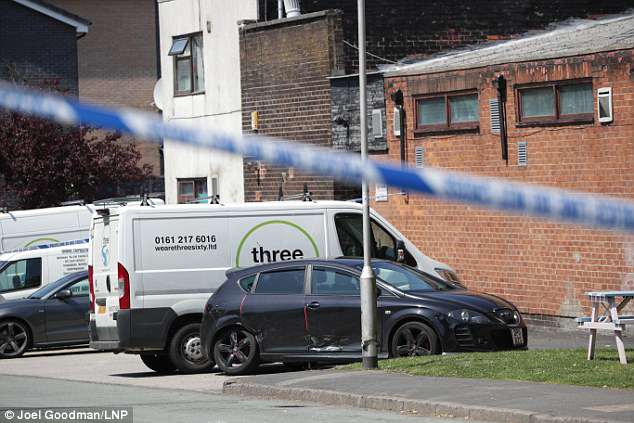 ‘Goodnight – sleep well with the angels, love Tracy, Andrew and family’, said another.

Brinnington councillor Chris Murphy expressed his shock and asked anyone who could help police with their enquiries to come forward.

‘I am horrified this has happened,’ he said. ‘Brinnington is a decent place where the vast, vast majority of people are decent.

‘But this gives it a bad name. If anyone knows anything about this then please come forward.’

The clockwise stretch of the M60 was closed for more than five hours on Sunday into the early hours of Monday morning.

The motorway was closed between junction 25 and junction 1 from 11.30pm until 4.45am after the car used in the attack was abandoned on the second lane.

Police believe the driver jumped over a fence at the side of the motorway after dumping the car in the middle of the carriageway.

Detective Inspector Kris Williams of GMP’s Stockport Borough, said: ‘My thoughts go out to the man’s family who sadly have to deal with the tragic news that their loved one has died.

‘We’ve already spoken to a number of witnesses in the area and will continue to do so to build a fuller picture of what has exactly happened but from what we know so far, we believe the driver of the car scaled the fence next to the M60 and ran away.

‘Whatever information people have, I’d encourage them to contact us as a matter of urgency.’ 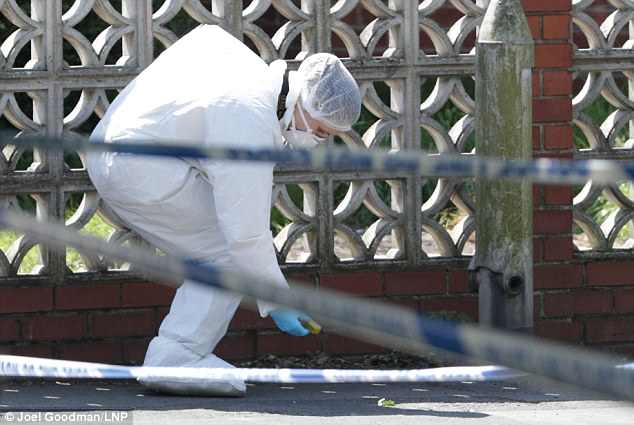