Pictured: Suspect, 20, who ‘stabbed cop on anti-looting watch in neck’ in Brooklyn

The Brooklyn man suspected of stabbing a New York Police Department officer in the neck has been pictured as his family defends him and says he is ‘absolutely not a terrorist’.

On Thursday authorities said they will investigate whether the stabbing was a terror-inspired attack.

Camovic is an immigrant from the Balkan region, believed to be either from Albania or Bosnia, who shared anti-police sentiments on his social media feeds.

A relative described him as a ‘practicing Muslim’ and ‘absolutely not a terrorist’.

‘I’ve known him since he was six inches tall. That this is a terrorism, it’s illogical,’ the relative who declined to share his name said to the New York Post.

Pictured: Dzenan Camovic, 20, allegedly stabbed a cop on anti-looting patrols in Brooklyn in the neck on Wednesday around midnight. Following a confrontation with police, two other cops were shot in the hand and arm. Camovic was shot eight times and is in critical condition 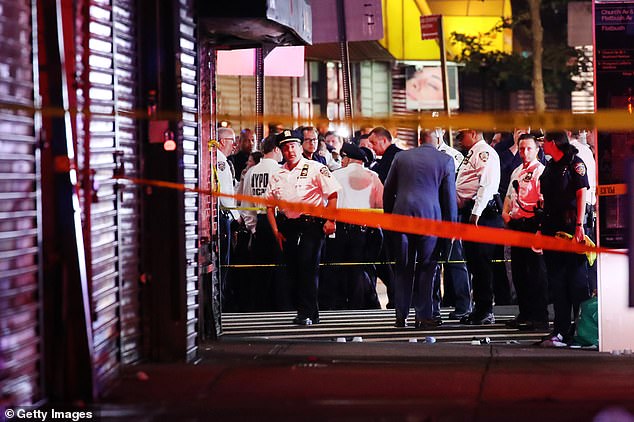 On Thursday, authorities said they will investigate whether the stabbing was a terror-inspired attack. Camovic is an immigrant from the Balkan region, believed to be either from Albania or Bosnia, who shared anti-police sentiments on his social media feeds 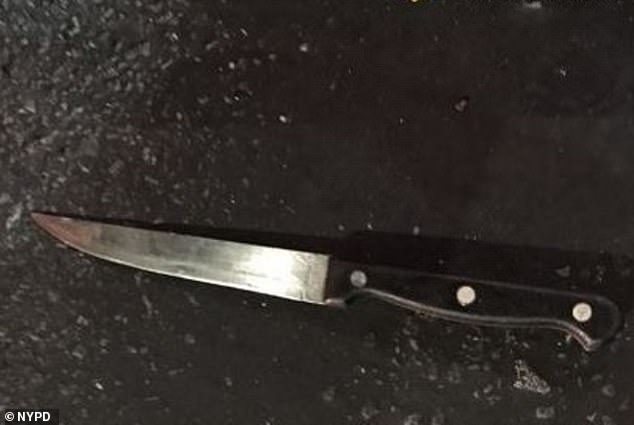 FBI JTTF arriving at the Brooklyn home of 20-year old Dzenan Camovic. Authorities are investigating whether the stabbing of an NYPD cop in Brooklyn by Camovic was a terror-inspired assault by an immigrant from the Balkans, according to sources and a report. pic.twitter.com/jIGtC0Ih2O

‘He was raised here, [English] is his only language…He was as good of a child as a child could be,’ he added.

The relative was interviewed by federal terrorism investigators on Thursday and said that Camovic never expressed any anti-police sentiment to him.

The relative was seen speaking to two FBI agents outside Camovic’s Brooklyn apartment building where he lives with his parents and sister on Thursday afternoon.

‘I have the utmost respect for law enforcement, but it’s easy to accuse a Muslim of terrorism. It’s the first offense that comes to mind when someone mentions Muslim,’ he added.

‘He might have been attacked yesterday, it could have been provoked and he might have mentioned — like anyone would mention God — he might have said Allah, but no one knows. I just hope law enforcement will do their due diligence,’ he said.

While Camovic wasn’t on the radar of anti-terror investigators, he had been in contact with people who were and his family may have a ‘nexus to terrorism’, according to the Post.

Camovic’s relative cast doubt on the police account of the stabbing and cited the police killing of George Floyd in Minneapolis as proof that cops can instigate violence.

‘I think they were also saying, African American man who was killed, that he also attacked. That he was also violent. This is how he got killed, and at the end of the day, we find out the truth,’ he said. 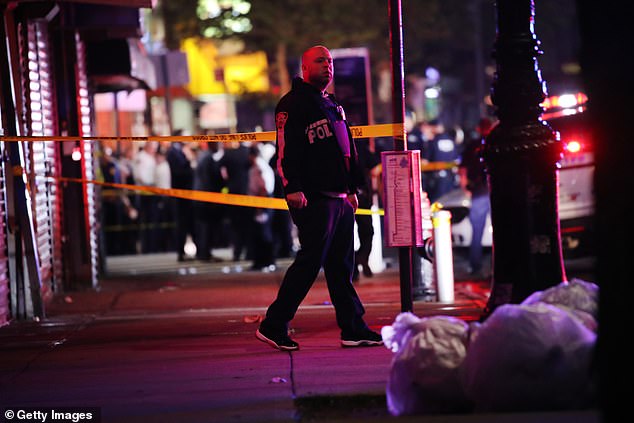 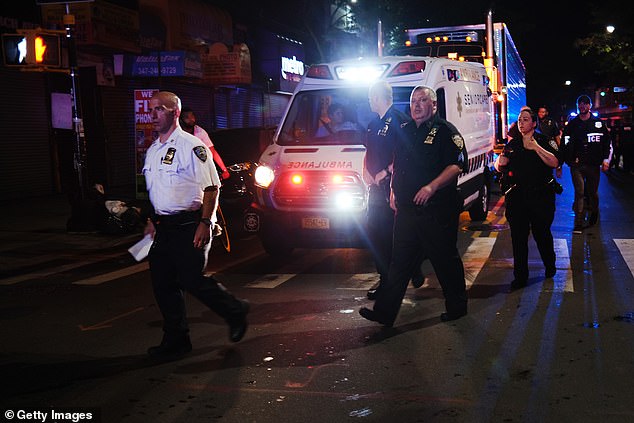 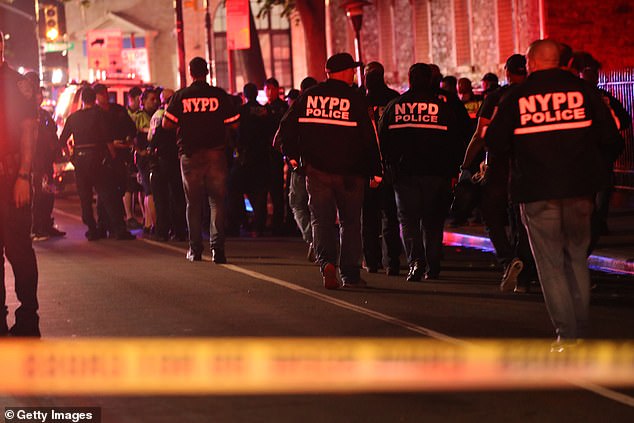 NYPD cops swarm the scene in Brooklyn last night, after two of their colleagues were shot and another stabbed in the neck

Neighbor Christopher Song, 62, said he recognized Camovic after his picture was released in the news.

‘He seemed like a quiet person, didn’t bother anybody. For him to go up to a cop and stab him in the neck…it’s insane,’ he added.

In the Wednesday confrontation Camovic allegedly stabbed officer Jean Pierre then grabbed another cop’s gun, which discharged during a struggle. In the end two officers were allegedly shot in the hand and arm.

Camovic was shot eight times, leaving him in critical condition.

A total of 22 shots were fired, according to authorities.

All three officers are recovering from non-life threatening injuries at Kings County Hospital in Brooklyn. 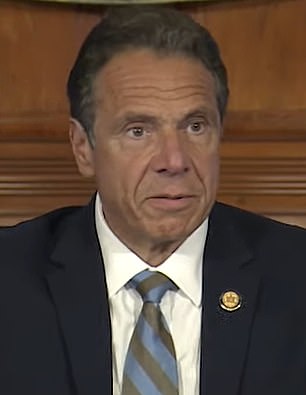 On Thursday New York Governor Andrew Cuomo the NYPD for their quick action in stopping Camovic.

Cuomo says the ambush shows the difficult balance police must strike in keeping the peace.

‘They have an impossible job, and they need support,’ Cuomo told Long Island News Radio.

Cuomo’s comments came days after he drew some criticism for saying some NYPD officers had exacerbated tensions during recent George Floyd protests with ‘very disturbing actions.’

On Tuesday, the governor privately apologized to the NYPD’s senior leadership for describing the force’s response to the rioting in New York City as a ‘disgrace.’

During his daily coronavirus press briefing on Tuesday, Cuomo was asked about the scenes of mass looting in parts of Manhattan from the night before.

The governor urged the NYPD to ‘do your job’ and to put a stop to the unrest.

‘The police must stop the looting and the criminal activity,’ the governor said.

‘That is the essence of the police force. They are supposed to protect the community, protect the property.’

Cuomo added that he was ‘disappointed and outraged.’ 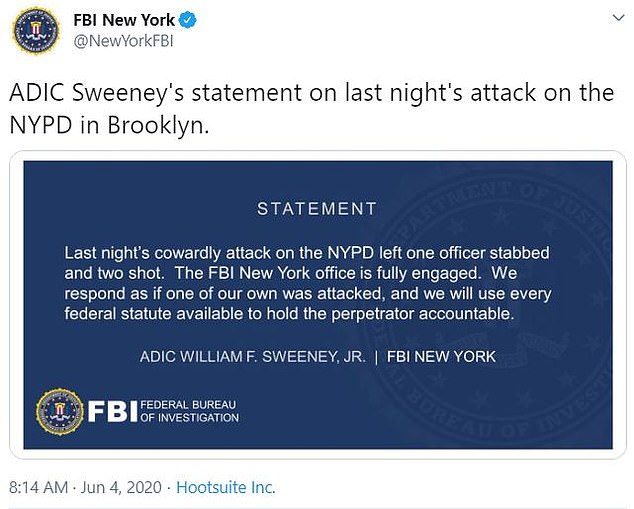 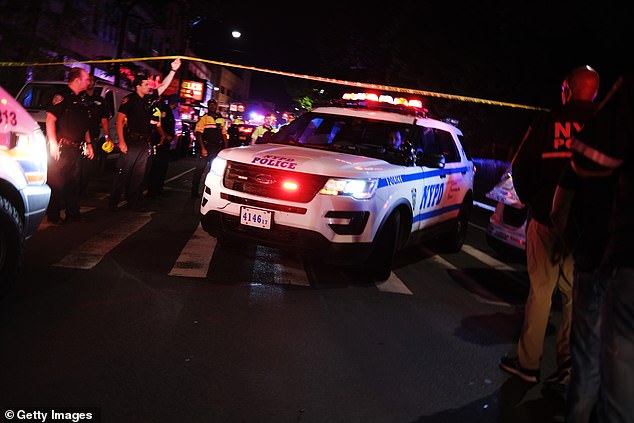 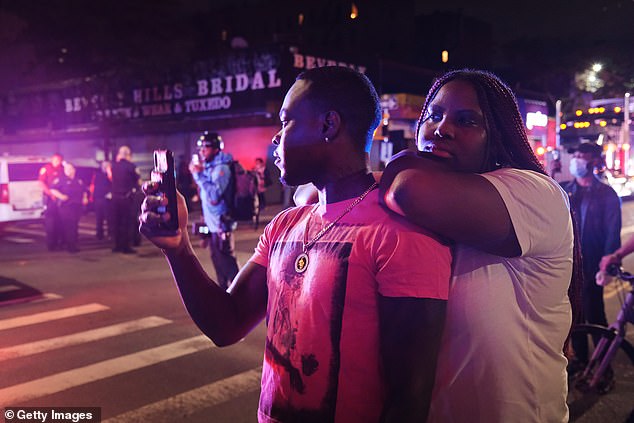 Sources told WNBC-TV that Camovic, who has no criminal record, ‘may have been associated with individuals of concern.’

‘The FBI New York office is fully engaged. We respond as if one of our own was attacked, and we will use every federal statute available to hold the perpetrator accountable.’

The FBI’s Joint Terrorism Task Force has also joined the probe, according to WNBC-TV.

The bloodshed happened just before midnight in the hours after an 8pm curfew that was intended to quell unrest over the death of George Floyd in Minnesota.

‘What we know at this point and time is that it appears to be a completely, cowardly, despicable, unprovoked attack on a defenseless police officer and thank God we aren’t planning a funeral right now,’ said Shea. 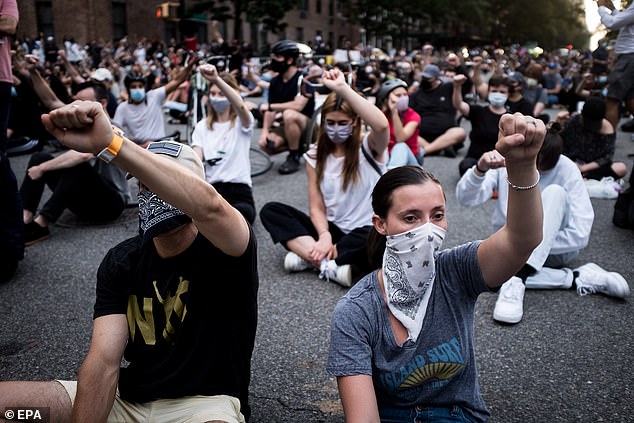 The bloodshed Wednesday night happened a block away from a place where demonstrators and police engaged over the weekend in an hours-long standoff, during which a police car was burned and protesters beaten with batons. (Pictured: Protesters gather outside the NYC mayor’s residence Wednesday) 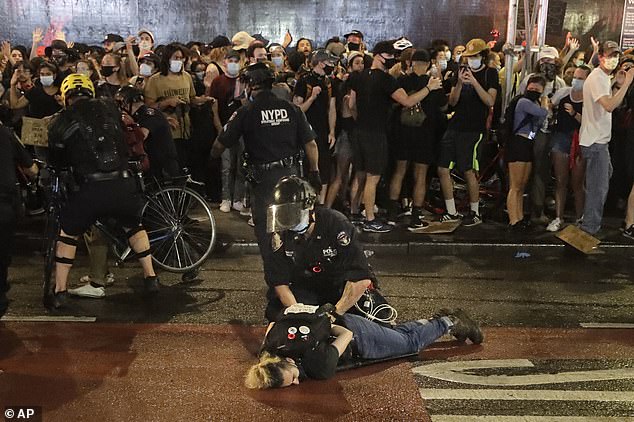