PICTURED: Tattoo artist mom who drowned herself and her three young children

Police have found the body of a Minnesota woman believed to have committed suicide with all three of her children after she found her husband had reportedly killed himself.

The Vietnamese community Maplewood has been sent in an uproar over the incident, with friends and family identifying the woman as Molly Cheng, a tattoo and beauty artist in the area.

Ramsay County Undersheriff Mike Martin said one of the children’s bodies were found on Friday evening, with the body of the other two and the mom recovered by Saturday morning. Police said all the kids, two boys and one girl, were all younger than five years old.

The husband has been named only as Kos by his sister, Pa Lee, who shared news of her siblings’ tragic death on Facebook.

Police have found the body of Molly Cheng, left, of Maplewood, Minnesota who is believed to have killed herself and her three children following her husband’s  (right) suicide on Friday 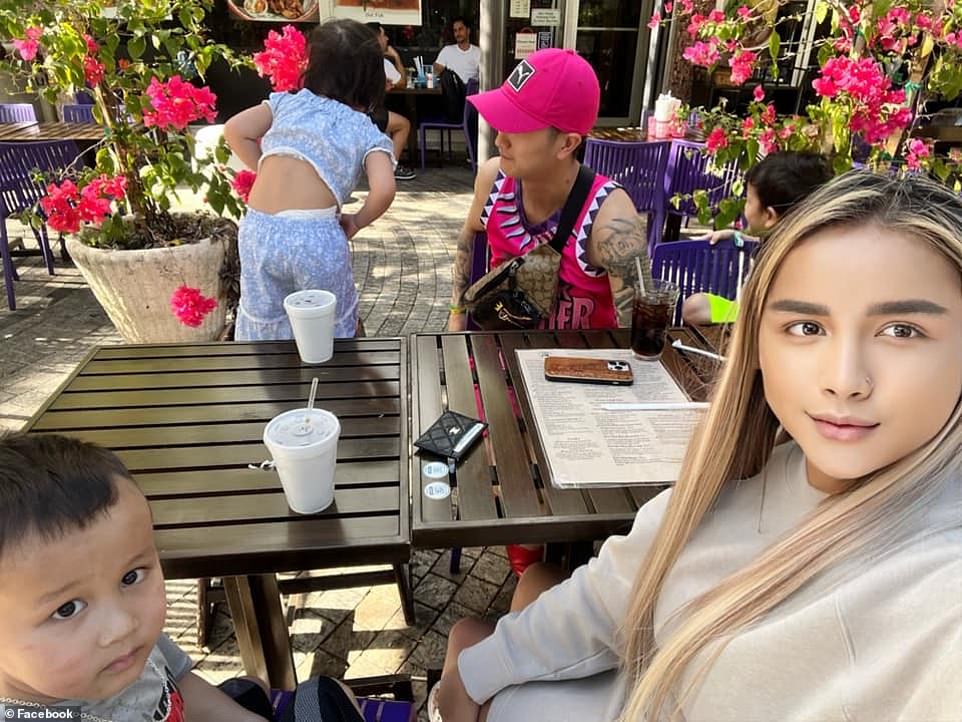 Cheng and her husband, identified by family members as Kos, are pictured with their three children 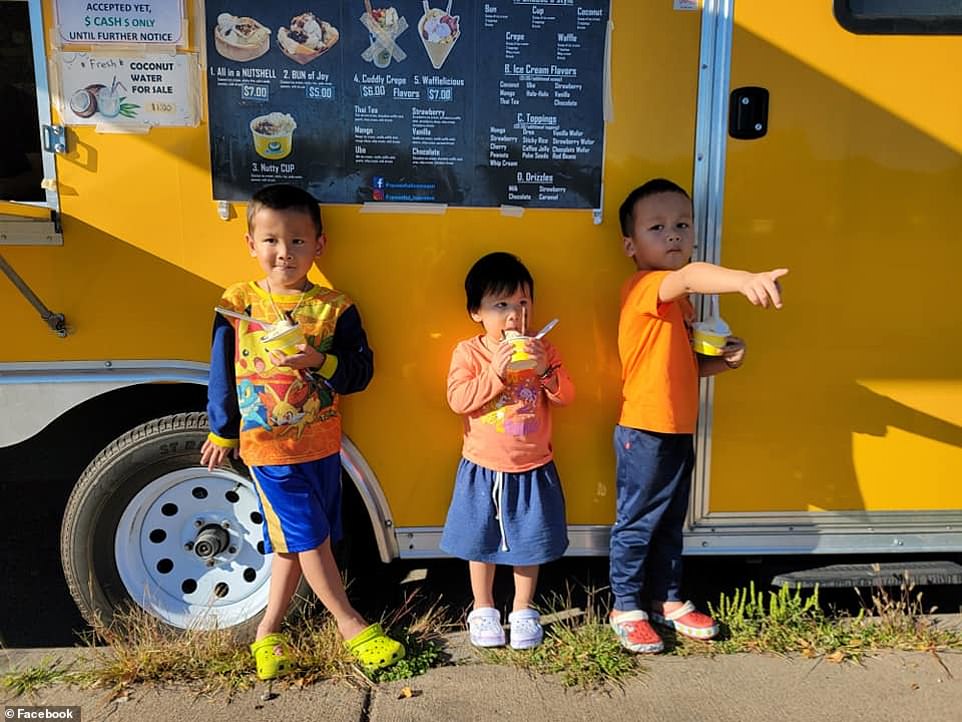 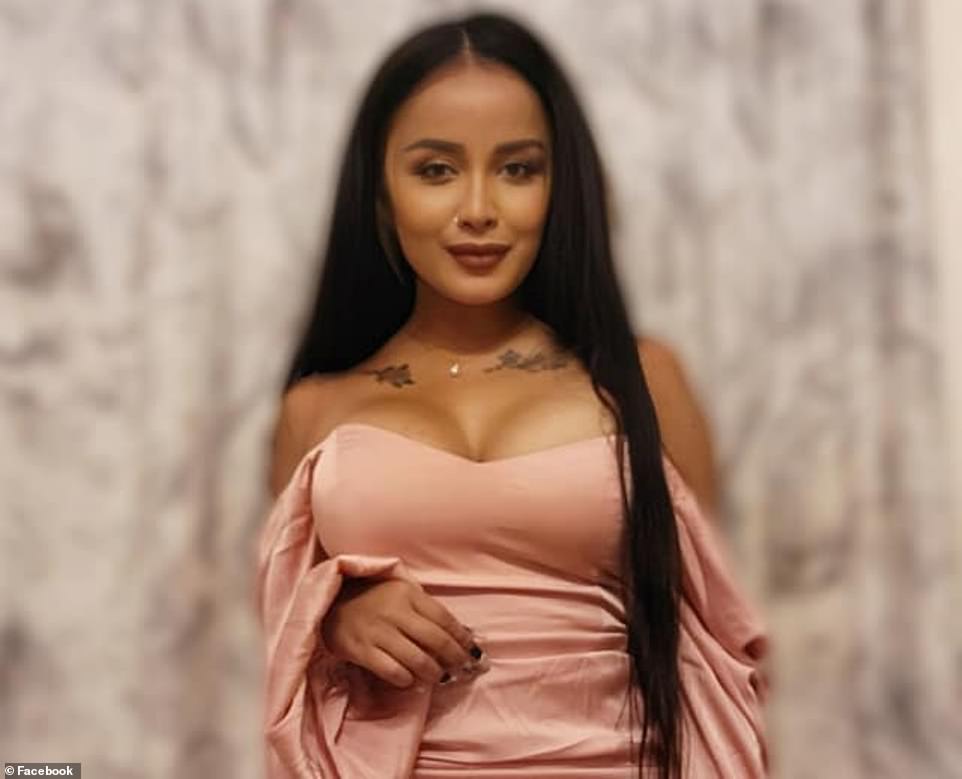 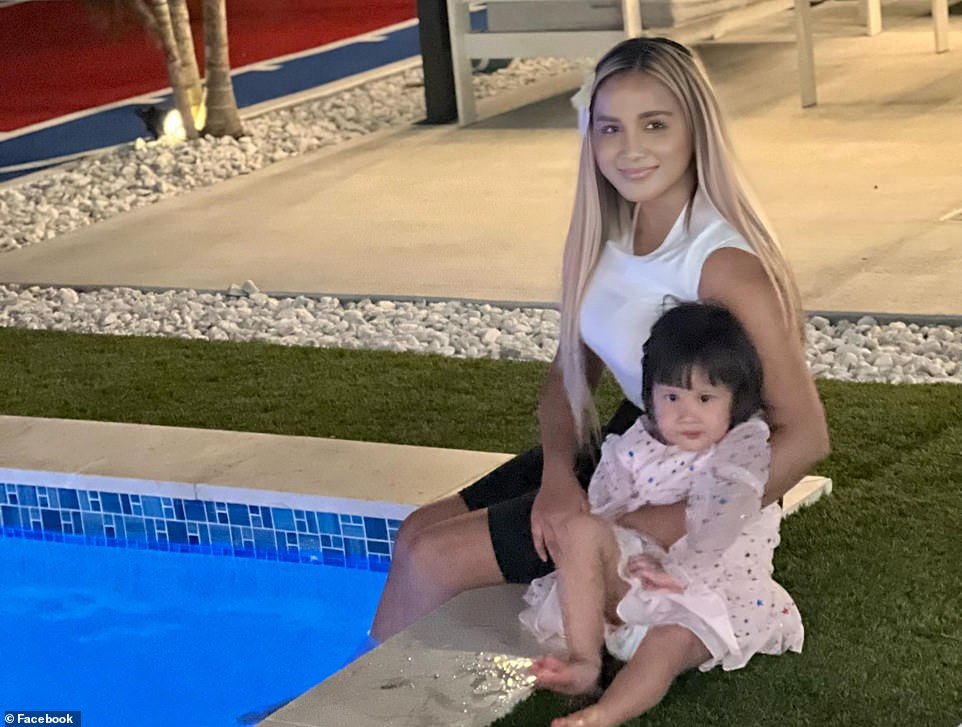 She is pictured with one of her children. Police said all the kids were below the age of five 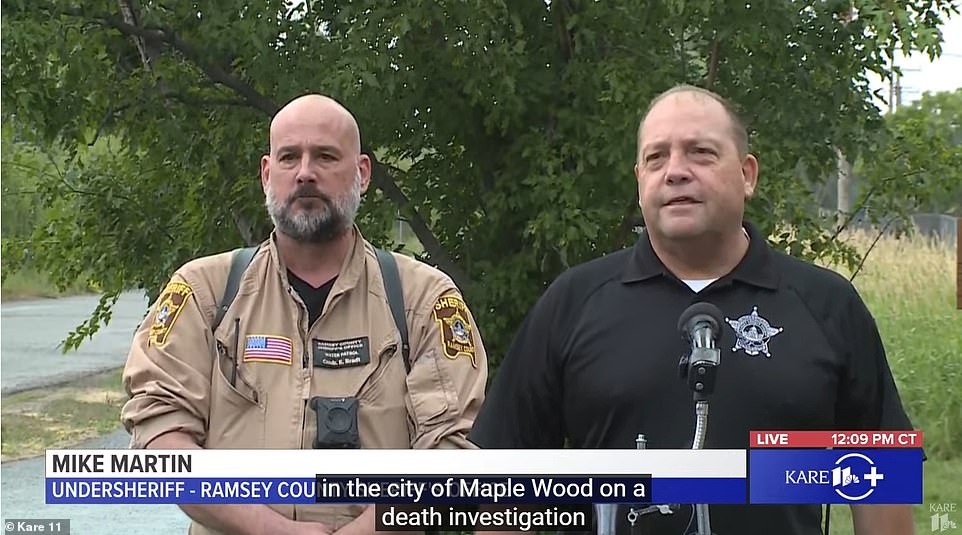 Ramsay County Undersheriff Mike Martin (right) said all the bodies were recovered by 11 a.m. on Saturday

A Maplewood Police Department spokesman said that around 4:00 pm on July 1, authorities were called to Vadnais Lake as getting a report about a possibly suicidal mother who was on her way there with her children.

Fletcher said that investigators determined that the children went into the water with their mother in an apparent murder-suicide as the children’s shoes and mother’s car was found close to the water. Police were able to track her cellphone to the location.

Martin said the first child’s body was recovered at around 7:30p.m., with a team of more than 20 law enforcement agents working through the night to uncover the body of the second child.

‘Our goal was to find the children and the mother, and return them to their families,’ Martin said. ‘Our hearts go out to the family and their friends.’ 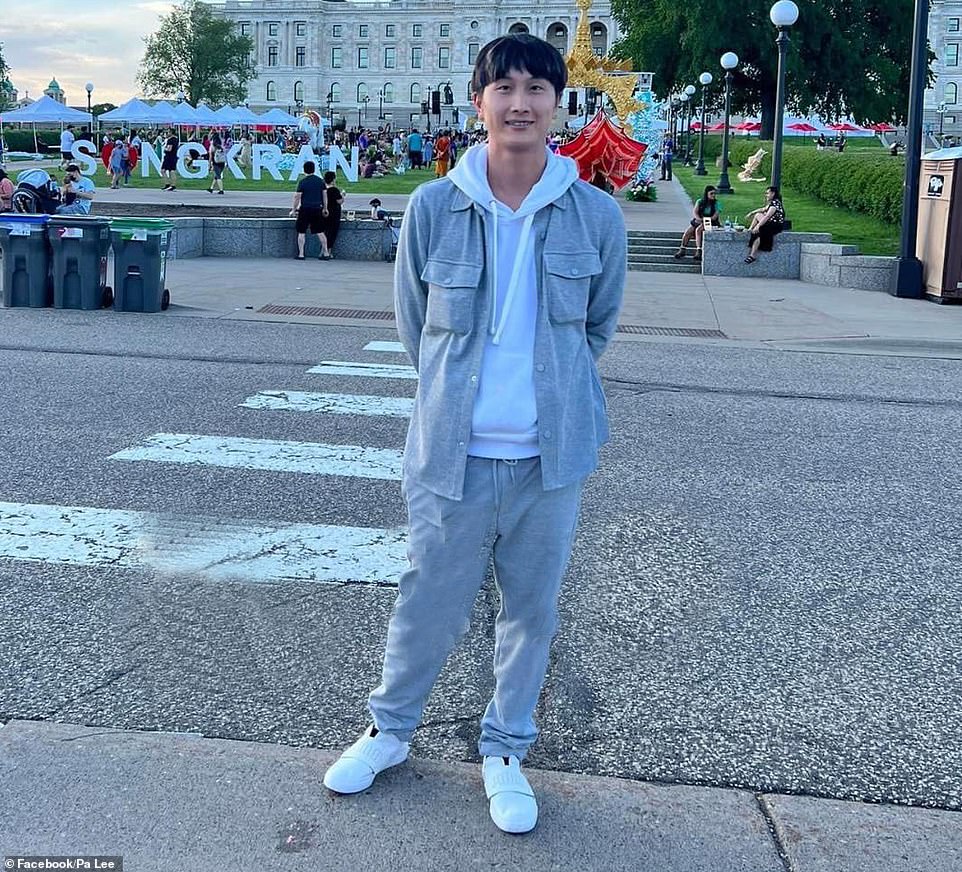 The children’s father identified by the name Kos in several social media posts. His sister wrote on Facebook: ‘Forever goodbye my nicest brother’. He is believed to have shot himself dead at the family’s home in Maplewood, Minnesota this morning. Cops now fear his wife – who hasn’t been named – has drowned the couple’s three young children in a nearby lake, and also killed herself 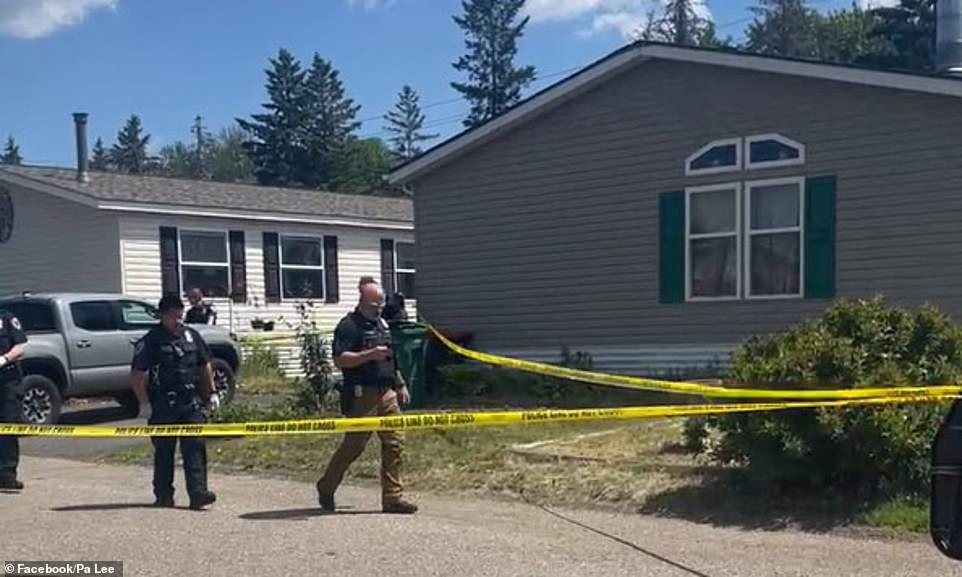 The children’s father was found dead here at a home in a mobile home park in Maplewood, Minnesota 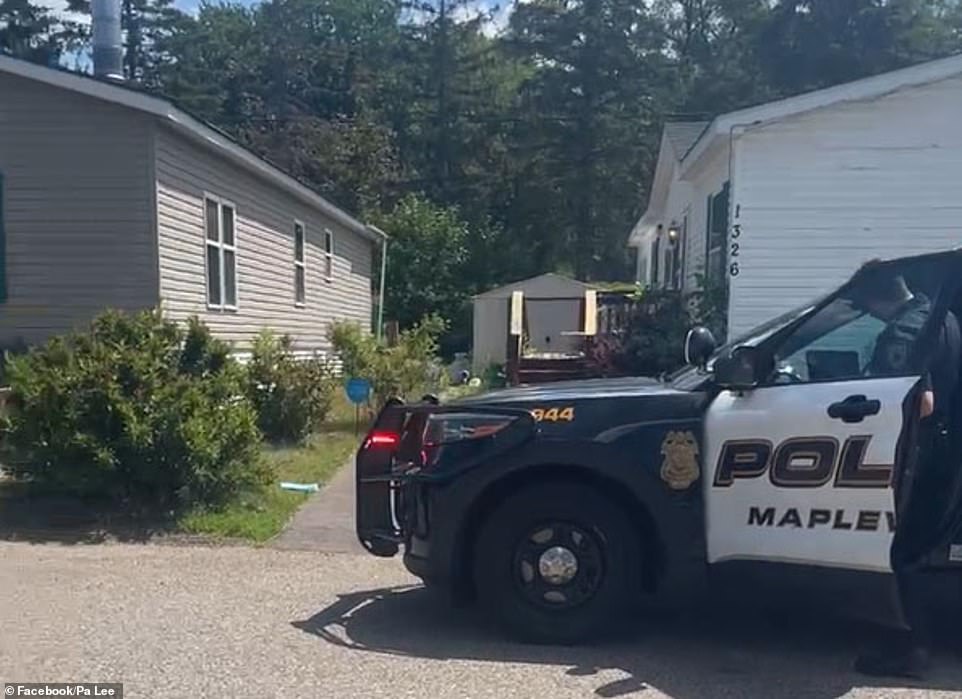 Officials confirmed that the horror unfolding at the lake is related to a suicide at the Rolling Hills Estates Mobile Home Park earlier in the day.

The man who committed suicide at the trailer park is the children’s father and husband to the woman.

All of the children are under the age of five. Fletcher said: ‘A horrible set of facts appears to be developing. We do not know the certainty of all three children, but have recovered one child. There’s nothing more tragic than the loss of young children.’

Officials said that the search and rescue team will continue searching through the night.

The sister of the children’s father wrote on Facebook on the morning of the suicide: ‘Forever goodbye my nicest brother. Why are you making me so mad and sad at the same moment. I’m so sorry that I’m 20 minutes late and cannot help you.’

She added: ‘I drive so fast to help you and to stop you but I still failed. I’m sorry that I fail you in this life and was late to help you. Only if I was faster then you will be alive.’

The father is identified in several social media posts as Kos.

In a series of videos that were posted by family members, investigators reveal that the children’s father committed suicide in his bedroom while wearing pajamas.

One of those videos shows the bedroom to be ransacked.

A family member suggests that the father owned more than one gun and that he used the ‘bigger one’ to take his own life.

Other videos show large members of the Hmong community surrounding the lake, staying close to police as the search continued into the night.

The Twin Cities area is home to the largest concentration of Hmong people in the United States with more than 66,000 calling the area home.