Pictured: The bizarre road in Estonia that bisects 30 metres of RUSSIAN territory

Pictured: The bizarre road in Estonia that bisects 30 metres of RUSSIAN territory – it’s not marked on Google Maps and there’s no checkpoint, but you’ll be arrested if you stop

Eastern Estonia is home to what is undoubtedly one of the strangest roads anywhere in the world.

That’s because this road passes very briefly through two tiny parcels of Russian territory – one about half a mile wide (one kilometre) and the other measuring just 30 metres.

There are no checkpoints in either section, but if you stop your car, motorbike or bicycle, you’re likely to be arrested. And walking is out of the question. 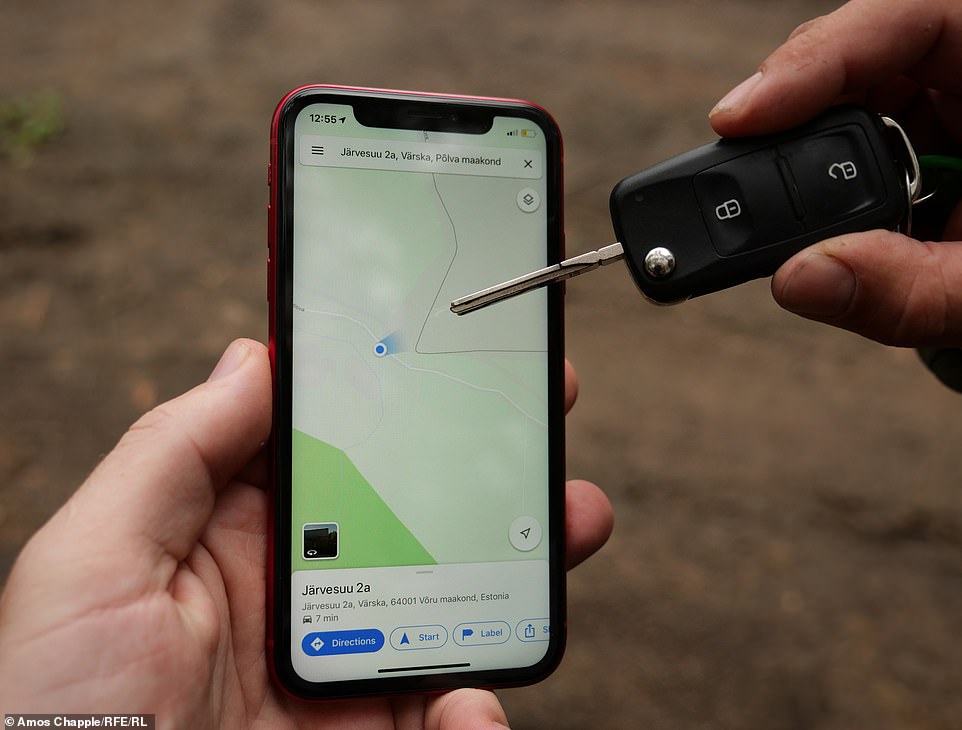 Inaccurate: According to Google Maps, the road does not pass through Russia 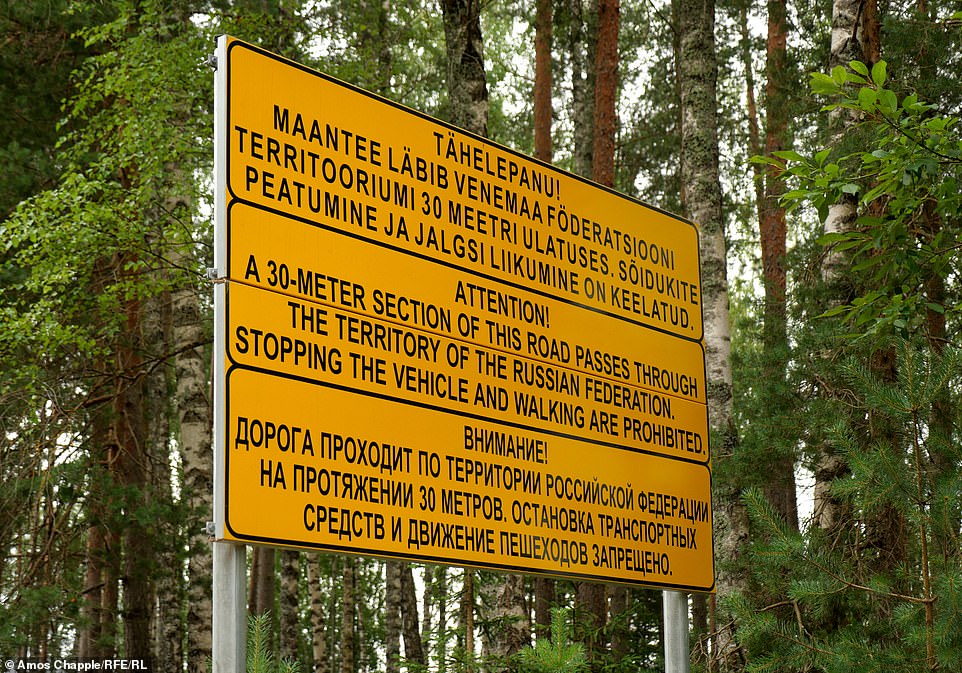 Radio Free Europe photographer Amos Chapple investigated and managed to take a handful of fascinating snaps of the bizarre border.

His images show how its existence is made apparent by Russian wooden territorial posts sporting two-headed eagles, signs warning people to keep at least 15 metres away from these markers and signs indicating that Russian territory is ahead and that walking is prohibited.

The biggest slice of Russian territory that the road, near the village of Popovitsa, passes through is known locally as Saatse Boot.

In that year Stalin recaptured Estonia from the Nazis and the border was redrawn.

But according to Radio Free Europe, one Russian farmer opted to keep his farm in Russia, while the land around him became Estonian. 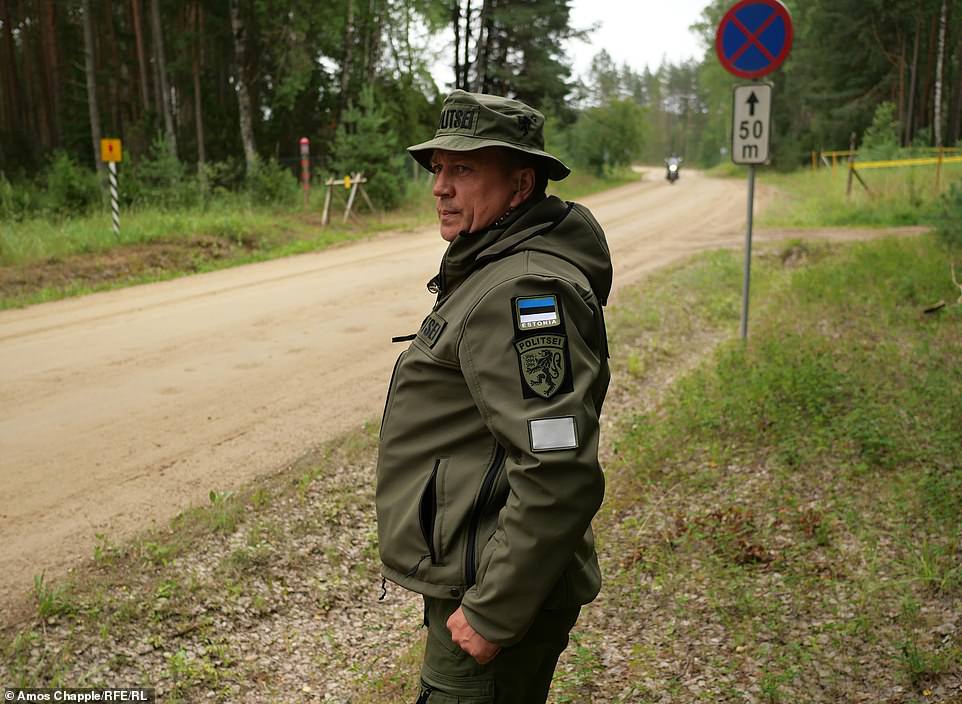 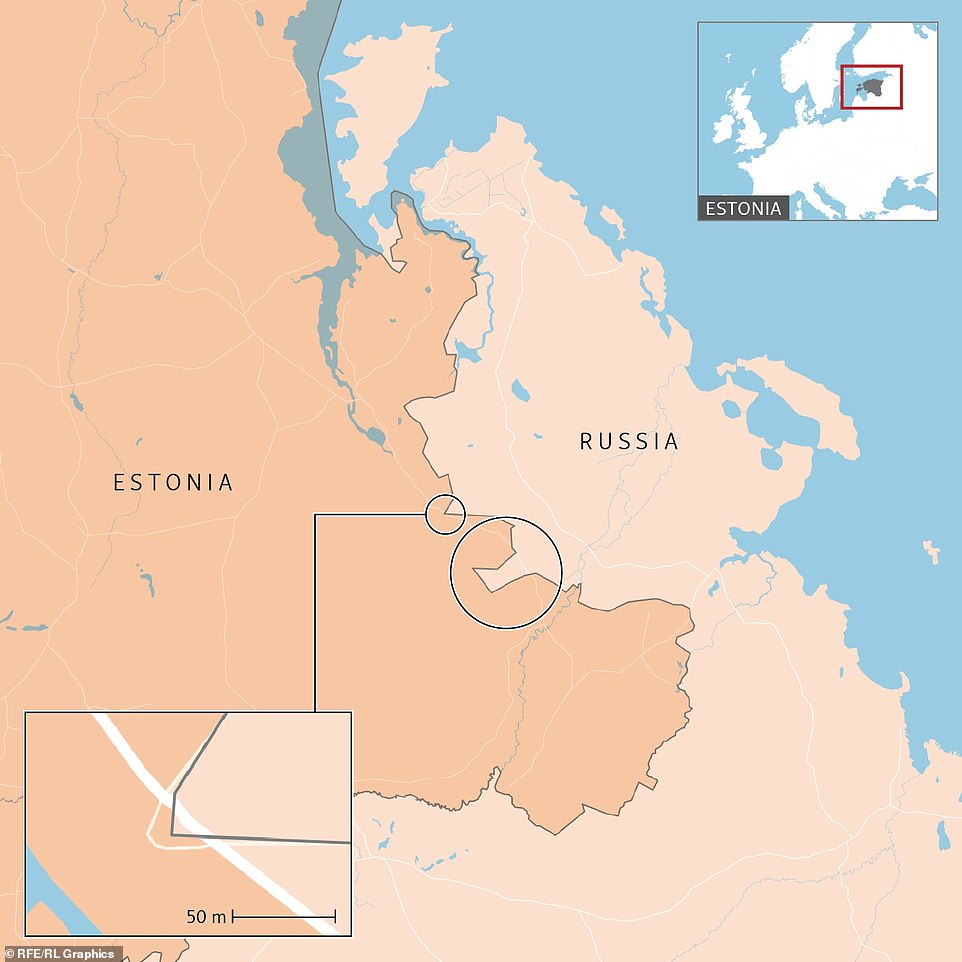 Of course, as Estonia became a Soviet republic, at the time his decision was of no consequence. People travelled freely from one nation to the other without checks.

But when Estonia became independent in 1991, this one square kilometre of Russian territory became a bizarre border blip.

The Kremlin permitted Estonians to trundle through it, but not to stop.

The ‘Boot’ and the minuscule triangular section of Russia to the north that the road bisects – which is only about the size of a swimming pool – are constantly monitored by Estonian and Russian border guards.

They have inevitably become tourist attractions – the smaller one in spite of the fact that it’s not indicated on Google Maps – but Mr Chapple warns that the guards strictly enforce the rules about stopping and won’t hesitate to issue fines, so leaping out for a selfie would not be a wise move.

Indeed, linger too long and guns are likely to be drawn. 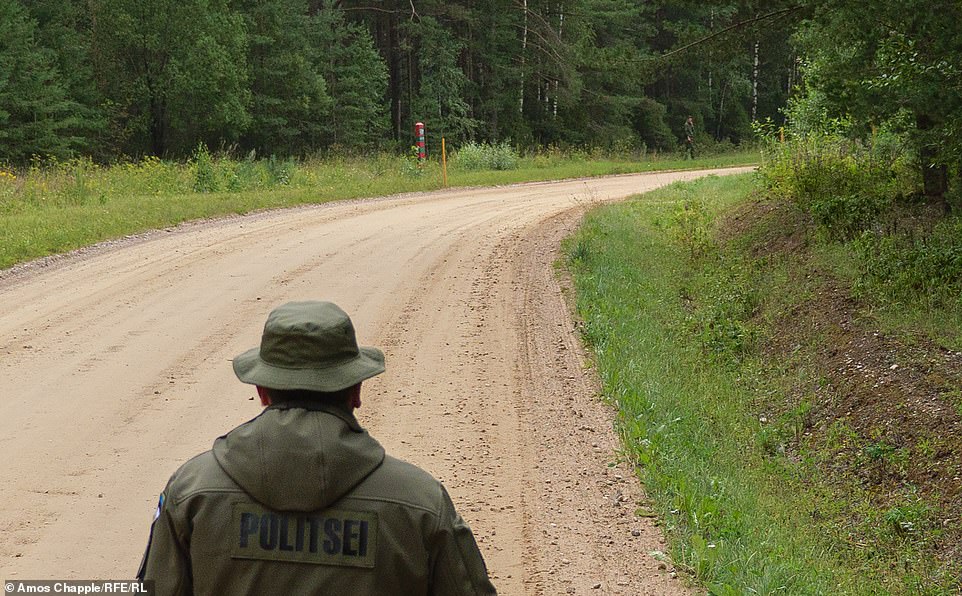 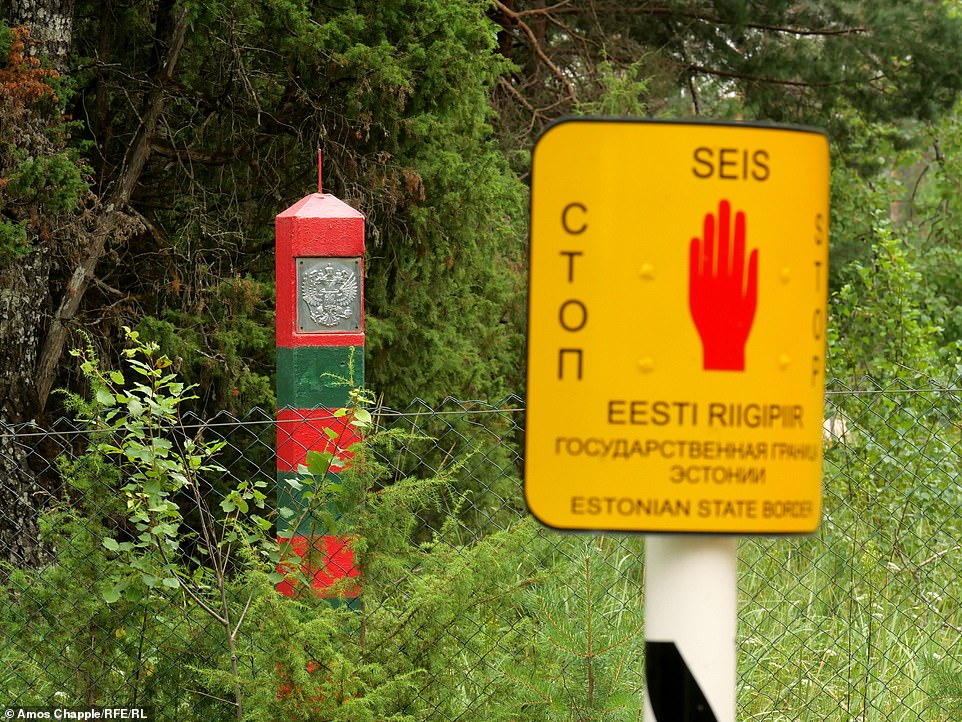 Mr Chapple, who’s from New Zealand, told MailOnline Travel: ‘I think it’s fascinating. The history behind it, and the situation now. When you’re driving through that lonely forest you know you’re being watched, but you can’t see anyone. It gives the place a really spooky vibe. If it was a film there would be some tense string music playing under the sound of your wheels on the gravel.

‘The vibe in general in the area is just a sense of heightened security, but it’s very low key. At one stage I drove through the “boot” several times hoping to spot another Russian border guard.

‘After I’d arrived back in Estonian territory an apparently civilian car swung in behind me then suddenly flashed police lights and pulled me over.

‘Then a forest-green ute pulled out of the forest and I spent several minutes having my documents checked, and being asked questions about why I’d driven through so many times. At the end of it I asked “so is everything ok” and the Estonian border guard told me “you didn’t stop (inside the boot) so you’re ok”. The really amazing thing was that after I drove away, I stopped maybe 300 metres down the road and turned back to drive through the boot one last time before charging back to Riga for my flight home.

‘After I made the U-turn I expected to see the cops still there filling out paperwork but both cars had just vanished. It was impressive in a kinda spy-film way.’

In his book The Atlas of Unusual Borders, author Zoran Nikolic notes that in 2008 a road was built that circumnavigates the triangular portion of Russia, but it’s a 12-mile diversion.