Pictured: The DMV – Japan’s amazing bus that turns into a train

Reinventing the wheel! The amazing Japanese bus… that turns into a train in 15 seconds flat


Japan can always be counted on to conjure up a wacky contraption – and the latest is a gem.

Behold the bus that can turn into a train.

This dual-mode vehicle, or ‘DMV’ for short, can transform from a road-going bus to a track-travelling train in just 15 seconds thanks to steel wheels that can be lowered onto the track at the press of a button. This ‘mode interchange’ goes into reverse when returning to the road, with the steel wheels retracting so the rubber tyres can take the lead.

The DMV can carry 23 passengers – including the driver – and measures around eight metres (26ft) in length. It weighs just 5,850kg (5.85 tons), making it significantly lighter than a regular train carriage.

On the tracks, it can travel at speeds of 60kmph (37mph), but on the road, it can go faster, depending on the speed limit.

It’s due to start operating on Christmas Day under Asa Seaside Railways, and will link the Tokushima and Kochi prefectures in Shikoku, one of the four main islands of Japan. 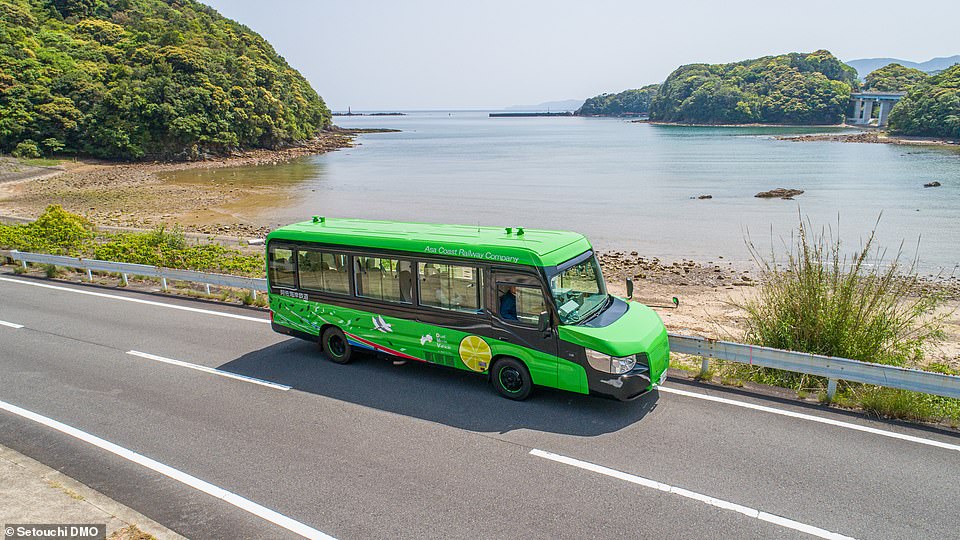 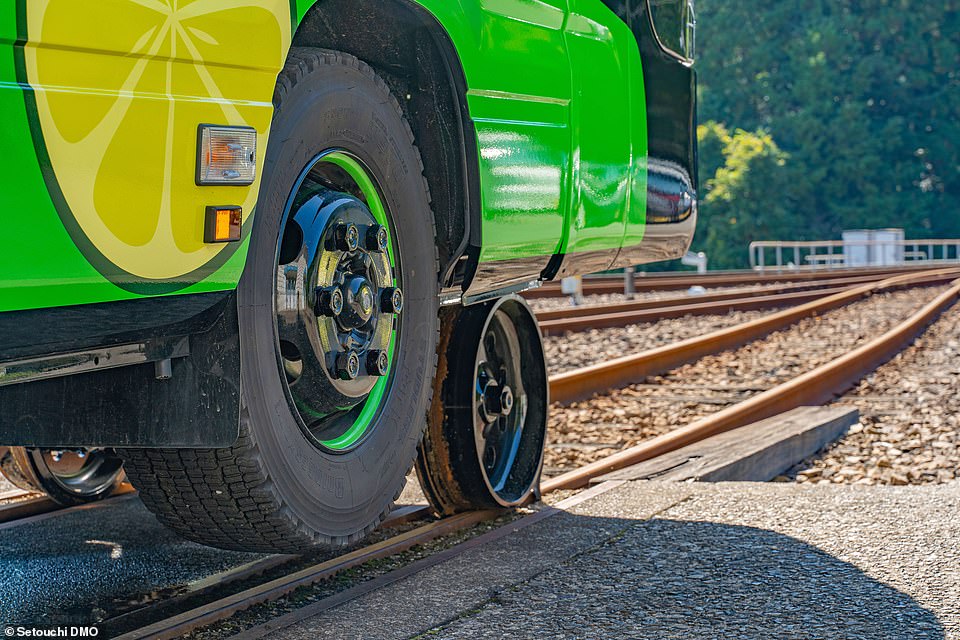 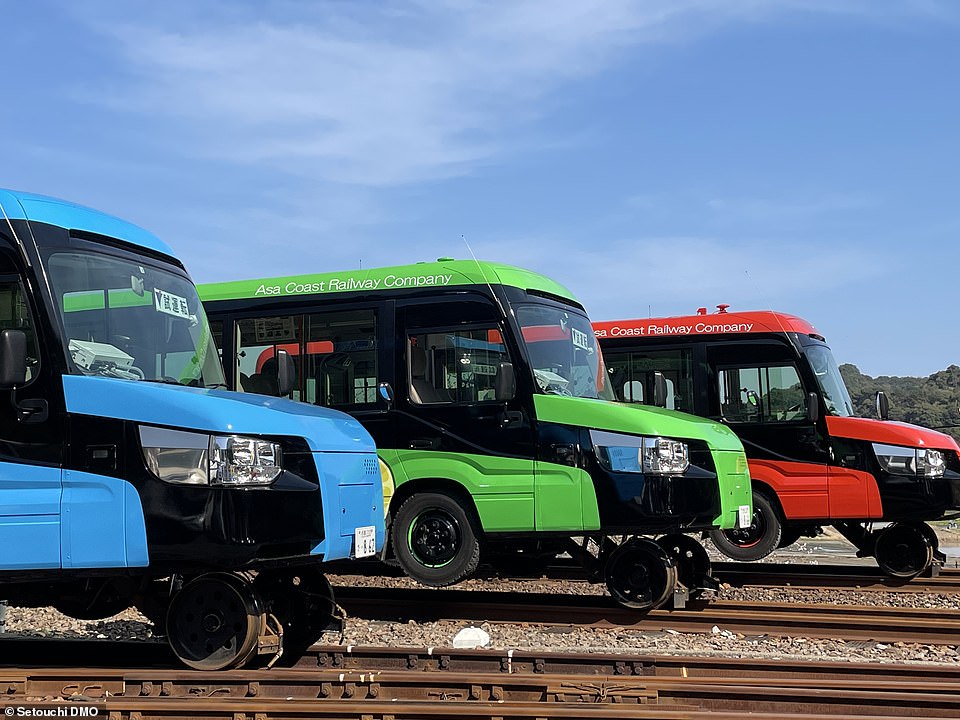 Asa Seaside Railways currently has a fleet of three DMV buses – each brightly coloured in shades of green, red and blue 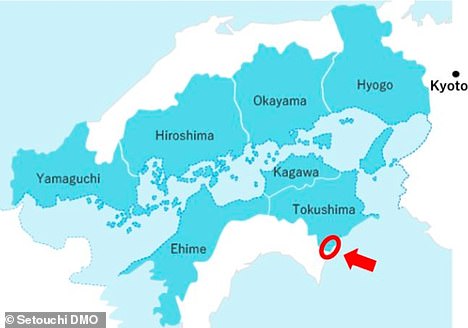 A map showing where the DMV will operate

Once up and running, the bus will travel from Awa Kainan Bunka Mura in the Tokushima prefecture to Umi no Eki Toromu in the Kochi prefecture.

Asa Seaside Railways currently has a fleet of three DMV buses – each brightly coloured in shades of green, red and blue.

The madcap form of transport is intended to attract tourism to the district and to ‘curb the depopulation’ of the area.

Along the route, passengers can stop off at the Shishikui hot springs, one of the area’s biggest tourist draws.

It passes by beaches, the small rural town of Kaiyo, and a part of the coast that faces out onto the Pacific Ocean that’s ’ideal for sightseeing’, according to Asa Seaside Railways.

What’s more, the DMV can be used in the event of an earthquake, providing ‘rapid assistance’ to victims by either road or rail.

A statement from Asa Seaside Railways reads: ‘The DMV is the “world’s first vehicle” that can run on both tracks and roads, making local transport more convenient.’ 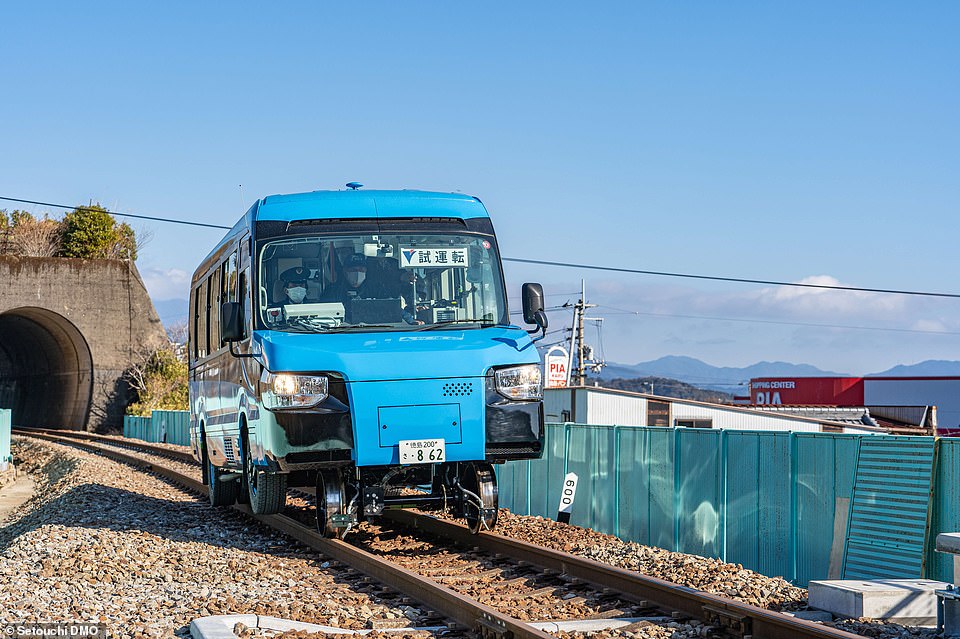 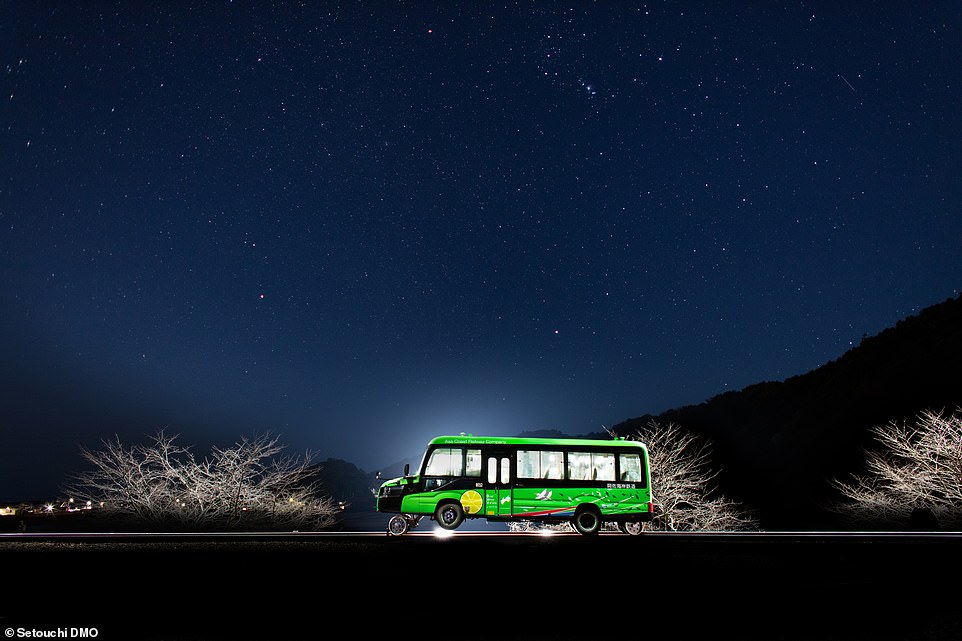 Dual-mode vehicles, also known as ‘road–rail vehicles’ or ‘hi-rail’, aren’t a new invention. They are most commonly used for maintenance and inspection purposes on railway tracks.

Back in the 1930s, Britain trialled a road-rail bus – a modified single-decker bus – called the ‘Karrier Ro-Railer’ on the Nickey Line, a disused line in Hertfordshire. Though it was in operation for a few months, it proved unsuccessful.

The concept has since been implemented across the globe with varying degrees of success – New South Wales Government Railways tried out a road-rail bus in Australia in the 1970s, and in Germany, the Schi-Stra-Bus was in operation from the 1950s to the 1970s. 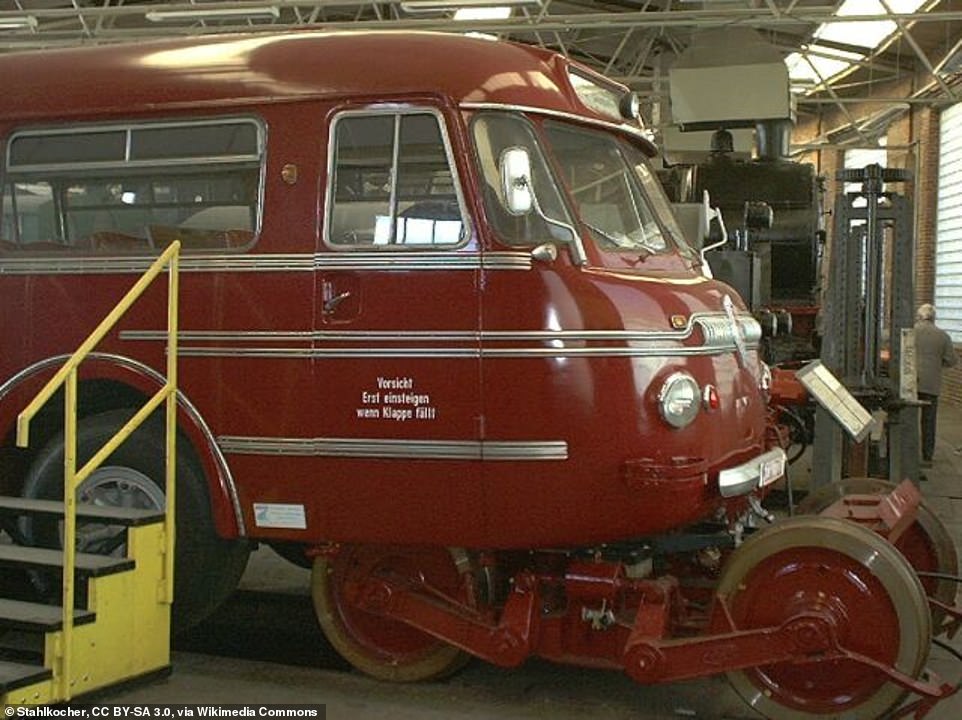 The Schi-Stra-Bus, pictured above, was in operation from the 1950s to the 1970s in Germany. Picture courtesy of Creative Commons