PICTURED: Woman shot dead at her home in Brisbane as boyfriend reveals he was going to propose

PICTURED: Mum, 40, shot dead at her home in Brisbane as heartbroken boyfriend reveals he was going to propose on Valentine’s Day

The boyfriend of a mother fatally shot in the head yesterday has revealed how he planned to propose on Valentine’s Day.

Megan Kirley, 40, was declared dead after paramedics were called to the property on Wembley Road, Karawatha, a southern suburb of Brisbane, in the early hours of Saturday morning.

Ms Kirley’s shattered partner of six months, Pieter Pickering, 43, made the frantic call to emergency services at around 3am.

Megan Kirley (pictured) , 40, was declared dead at the scene by police and paramedics

He is currently assisting police with inquires.

On Sunday Mr Pickering told how he had been preparing to propose to Ms Kirley on Valentine’s Day.

‘I loved her so much and planned to ask her to marry me on Valentine’s Day. I’m lost now she is gone,’ Mr Pickering told The Courier Mail.

‘She was the greatest woman this world has ever been graced with.She was strong yet kind and caring, she was understanding and my best friend. She made an impact on every person’s lives that were privileged enough to meet her,’ he added. 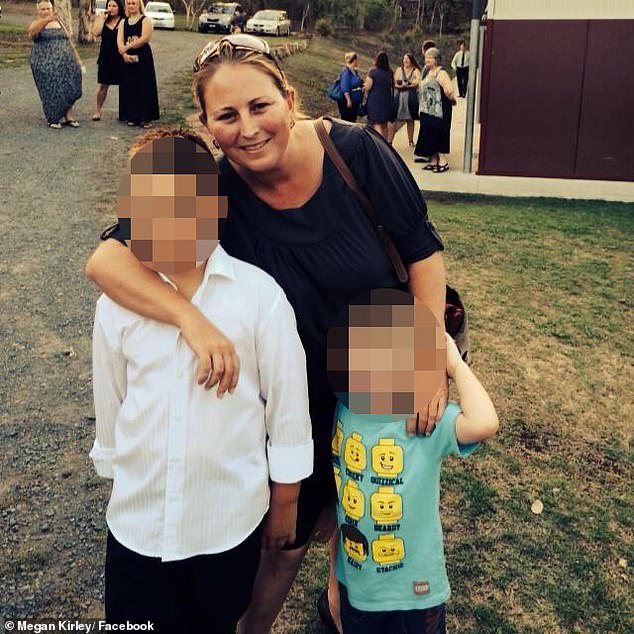 Ms Kirley’s (pictured) shattered partner of six months, Pieter Pickering, 43, has made the frantic call to emergency services at around 3am

Detective Inspector Craig Morrow confirmed the man who had alerted the police to the scene was currently assisting officers with the investigation.

‘What we’ve been able to determine is that he and the deceased were the only ones at the residence at the time of police arrival,’ he said.

Yesterday, police shut down nearby roads as officers continue to investigate the crime scene.

Police are asking anyone who was in the area and has dash-cam footage to contact them.

If you have information for police, contact Policelink on 131 444