A young man who died from a suspected drug overdose at a popular music festival has been revealed in an image taken just hours before his death.

Josh Tam, 22, has been identified as the young man who died from a suspected overdose on Sunday at the Lost Paradise music festival near Gosford on NSW’s Central Coast.

Mr Tam, from Toowong in Brisbane, was rushed to Gosford hospital at 8pm on Saturday after he ingested an unknown substance.

He died soon after he arrived.

Josh Tam, 22, (pictured) has been identified as the young man who died from a suspected overdose on the second day of the Lost Paradise music festival in Gosford NSW 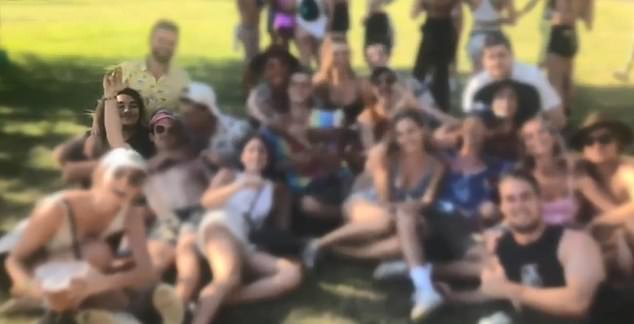 One of the images was taken just hours before his death and shows Mr Tam alongside a group of friends enjoying the final days of 2018.

However just hours after the picture was taken those same friends were forced to identify his body, police said on Sunday.

Festival organisers took to their social media account to share a safety message in the wake of the tragic incidents.

‘Our medical teams have alerted us to a dangerous orange pill that is currently in circulation across Australia,’ the post reads.

‘We want to remind everyone of the potentially fatal risks that come with illicit substances. You do not know what is in them, how your body will react, there is no safe level of consumption.’

‘One pill can kill.’

Two others, a man and a woman, remain in hospital in a stable condition, after ingesting an unknown substance.

The young man attended the festival with up to 20 mates, and made the almost 10 hour drive from his hometown to be there for the four-day event.

While over 40 officers were stationed at the festival, which is hidden in the pristine Glenworth Valley, monitoring attendees and checking cars before entrance, illicit substances still made their way inside. 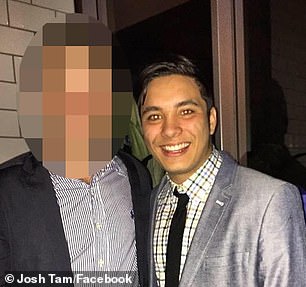 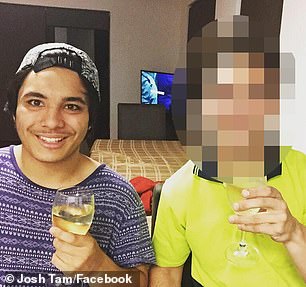 Mr Tam (pictured), from Toowong in Brisbane, was rushed to Gosford hospital about 8pm on Saturday after he ingested an unknown substance but died soon after

‘People aren’t carrying it in their pockets. They aren’t that careless,’ he said.

‘We have found drugs in aerosol containers and other items. In one instance, the drugs were in a stuffed barbeque chicken.’

At 12:15pm, another two ambulances rushed through the security check points and into the festival. 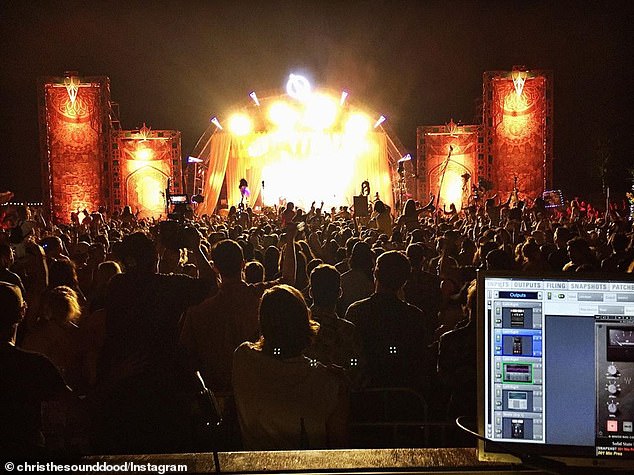 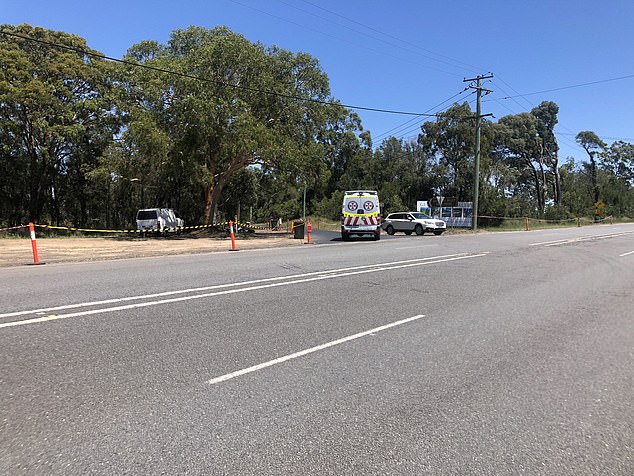 At 12:15pm, another two ambulances rushed through the security check points and into the festival

Security guards were tight lipped on Sunday, as festival goers continued into the festival.

A sign along the quiet road into the festival read: ‘all vehicles will be searched’.

Outside the first security checkpoint were two young men waiting to pick up a female friend, and two entrepreneurs who had been selling hats and t-shirts.

Dominique Falco said she thought the festival was a safe environment, and appeared disappointed to hear of Saturday night’s tragedy.

She said she went for the live music and because she liked yoga.

‘It’s a pretty chilled out vibe,’ she said. 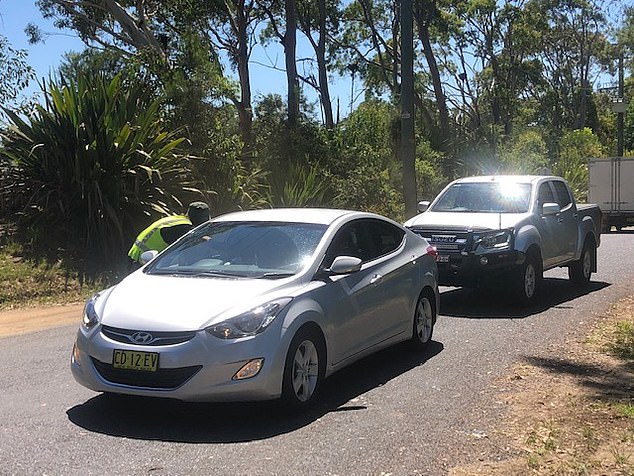 While over 40 officers are stationed at the festival monitoring attendees and checking cars before entrance, illicit substances still made their way inside 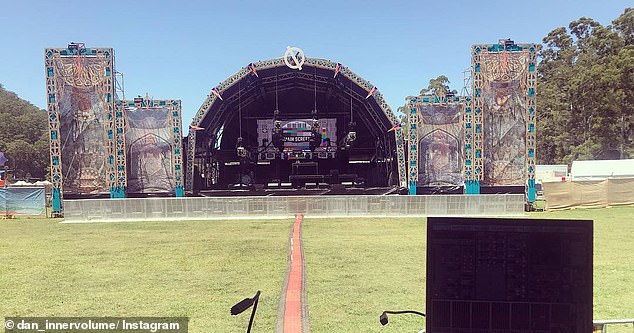 ‘This is a very distressing incident and our sincerest thoughts and condolences are with the family and friends of the deceased.

‘Lost Paradise is a strictly drug-free event that is about celebrating life, love and nature in a fun, safe and welcoming environment.

‘A great deal of planning and effort goes into ensuring the safety and welfare of our festival-goers and event staff.

‘We work closely with local police to try to ensure festival-goers respect our drug free policy and NSW Ambulance to provide extensive medical support across the festival site. 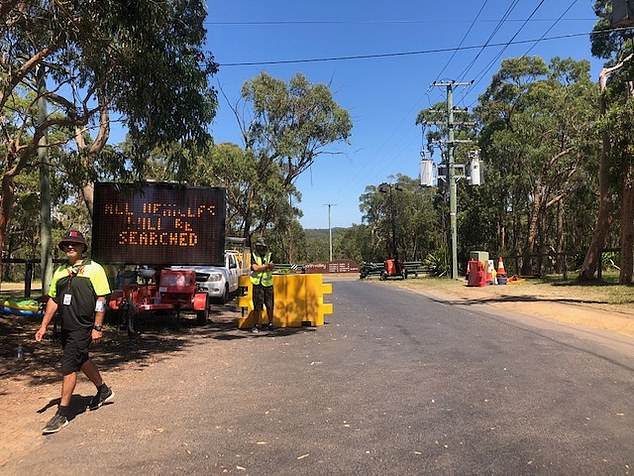 A sign along the quiet road into the festival read: ‘all vehicles will be searched’

‘This year, we have also engaged DanceWize NSW, a NUAA program that is funded by the NSW Ministry of Health to educate people on the implications of drug use, and offer peer support and health resources.

‘The matter is the subject of a police investigation and we will continue to cooperate and provide whatever assistance we can.’

Police have conducted searches using drug dogs on 184 people and 97 cars. Of these, 50 people have been issued court attendance notices for drug possession, and seven given cannabis cautions.

Three people have been charged with drug supply offences, including a 23-year-old man from Elanora Heights who was allegedly caught with 80 MDMA pills and 65 bags of cocaine.

He has  been charged with supplying a prohibited drug and possessing a prescribed prohibited substance. 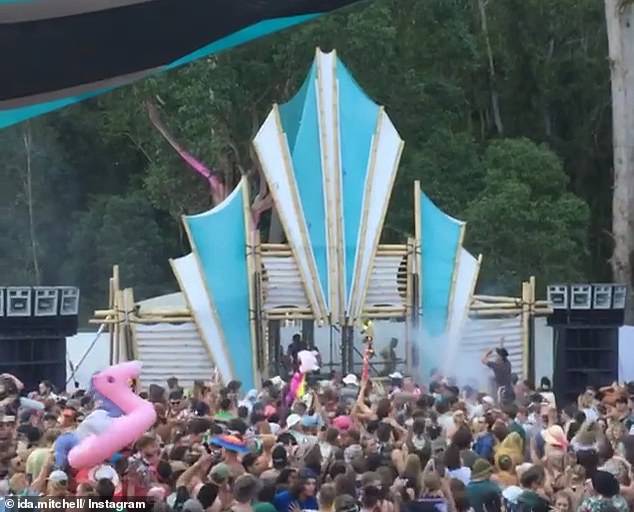 A 21-year-old man from Drummoyne was allegedly caught with 105 MDMA pills and charged with supplying a prohibited drug and possessing a prescribed prohibited substance.

Both men will appear in Gosford Local Court on Friday January 18.

A 23-year-old man from Glendale was allegedly found with 26 MDMA pills and was issued with a Field Court Attendance Notice for supplying a prohibited drug.

He is due to appear in Gosford Local Court on Tuesday 5 February 2019.

About 11,000 people have turned out for the Lost Paradise music festival in the Glenworth Valley, 20km west of Gosford. The festival runs from Friday December 28 to Tuesday January 1. 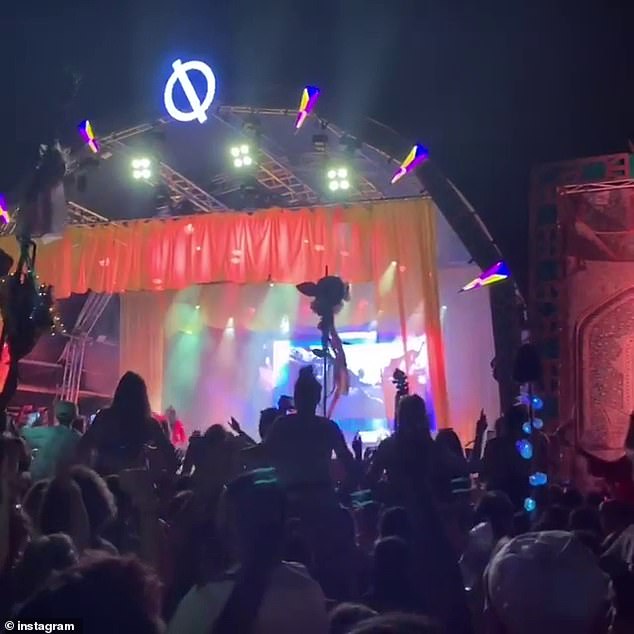 The death comes only weeks after Callum Brosnan, 19, died of a drug overdose at a train station near the Knockout Games of Destiny festival at Sydney Olympic Park in the city’s west.

About 130 people sought medical treatment at that festival while 16 people were rushed to hospital. Three had to be placed in induced comas with suspected drug overdoses.

Only months prior to that, a 21-year-old woman and 23-year-old man died of drug overdoses at the Deqfon 1. festival in western Sydney.

Joseph Pham, from Edensor Park, was one of four revellers who collapsed at the music festival in Penrith, in Sydney’s west. He died shortly after.

The police operation continues on-site, and inquiries into the death of the man are ongoing.