Pierre-Emerick Aubameyang has broken his silence after Thomas Tuchel was removed from his post as Chelsea manager.

The Gabon international forward admitted he was saddened by the news of the German manager’s sacking, adding that he intends to talk to his former coach ‘as soon as possible’.

Tuchel signed Aubameyang at Chelsea on transfer deadline day on September 1, but lost his job just a week later, with the two also linking up at Borussia Dortmund from 2015-17.

Aubameyang told Hayters TV after Chelsea’s disappointing 1-1 draw with RB Salzburg in the Champions League on Wednesday night: ‘Everyone knows the relationship that I had with Thomas. It’s always sad when someone leaves the club. Obviously, I just saw him for a few days.

‘When you play football you have to adapt very quickly to some moments in the season, this can happen.

‘I think he was a bit frustrated and sad, obviously. I will try to talk to him as soon as possible. It’s been a crazy week for all of us, that’s part of life, we have to adapt. 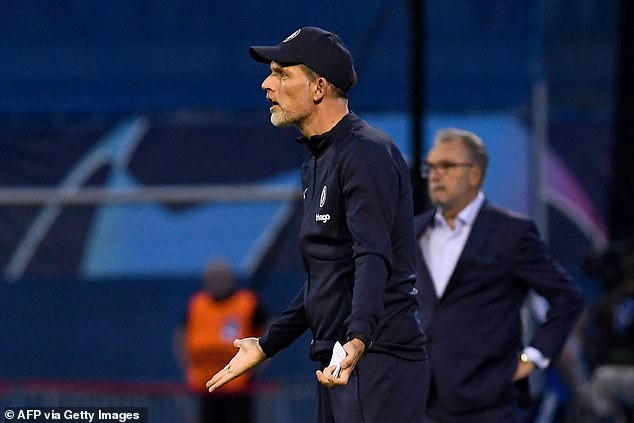 ‘I think it’s a bit of sadness at the moment, hopefully we’ll get back to better days soon. Obviously, I think it’s a bit strange for everybody, not only for me, but as I said, this is football, you have to adapt. 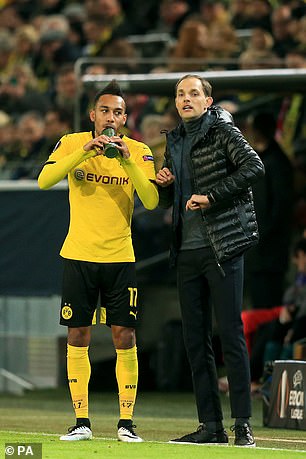 Aubameyang and Tuchel enjoyed a fruitful partnership together at Borussia Dortmund

‘When you play for Chelsea you need results as soon as possible, that’s why I’m a bit frustrated today.’

With Timo Werner and Romelu Lukaku both returning to previous haunts RB Leipzig and Inter respectively, Aubameyang was brought in at the last minute by Tuchel to reinforce the Blues’ forward line.

But Chelsea fans were not given a chance to see the partnership in action in the Premier League, as Tuchel was axed following the shock 1-0 loss at Dinamo Zagreb earlier in September.

In 95 games under Tuchel at Dortmund, the former Arsenal and Barcelona speedster netted 79 times and assisted a further 17 in possibly the Gabon international’s most fruitful partnership.

Aubameyang is yet to score a goal for his new side since his late arrival, having played 125 minutes in the Champions League for his two appearances, but did manage to assist Raheem Sterling’s opener against Salzburg. 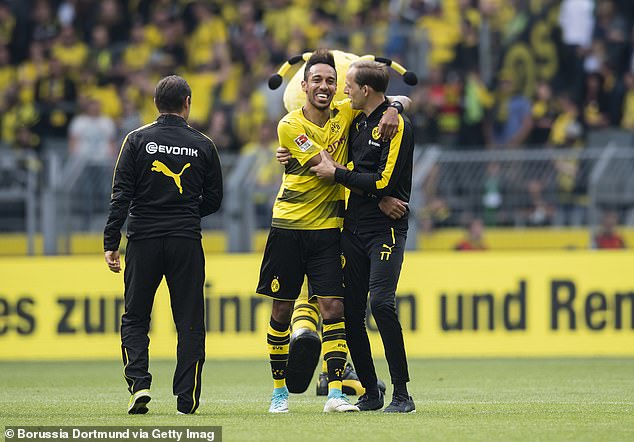