My Good Morning Britain co-host Susanna Reid has given an interview to a magazine in which she reveals, ‘Piers has unleashed me!’ and when pressed about any romantic leanings, adds cryptically, ‘I haven’t been completely a foreigner to love over the past couple of years.’ By an astonishing coincidence, we started working together two years ago.

Penny Lancaster was a guest on GMB today and we discussed the increasingly febrile debate over feminism. She was refreshingly sensible, as you might expect from the wife of a man who sang about Hot Legs. By contrast, women’s rights campaigner Laura Bates was resolutely severe and erupted with fury when I teasingly urged her to ‘lighten up’. ‘It’s not a laughing matter, women are DYING!’ she shrieked. ‘I can’t even imagine what your husband makes of all this,’ I sighed to Penny afterwards. A few hours later, an email arrived from the great man Sir Roderick Stewart himself, containing the answer: ‘Hello Sunshine, thanks for being lovely to Penny this morning, I’m in Vienna so I missed it but she told me about the show. There’s no room for a little humour with these new world feminists. Take care my friend. Sir Rod… or Rod to you!’ 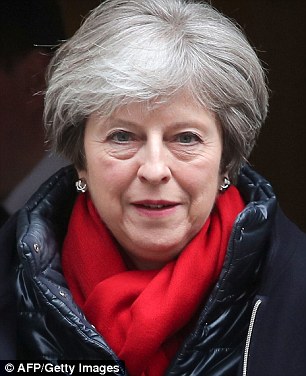 ’57 per cent of GMB viewers said I would make a better PM than the hapless Theresa May,’ writes Piers Morgan

Another famous singer, Simply Red’s Mick Hucknall, asked me an interesting question on Twitter today about my Donald Trump scoop: ‘In your topten career achievements, where does this exclusive POTUS interview rank?’ I’d say very high for noise value (only eclipsed, perhaps, by the Daily Mirror’s campaign against the Iraq War and bombshell revelations from Royal butler Paul Burrell), but definitely No 1 for the amount of intense, seething, bitchy jealousy it seems to have caused my media rivals – especially across the pond. Seth Meyers, host of NBC’s Late Night in America, scoffed at my line of questioning  ‘Asking Trump if he’s a feminist is like asking Hannibal Lecter if he’s a vegan.’ But the most savage attack came Trevor Noah, host of Comedy Channel’s The Daily Show, who raged: ‘Piers Morgan is just an unf***able Colin Firth.’

To compound his impertinence, Noah’s comment was greeted with widespread ridicule from people incredulous that anyone could possibly mistake me for the dashing actor. In fact, it happens all the time, to both of us. Firth once moaned to me: ‘Everywhere I go, people mistake me for you.’ ‘Me, too,’ I replied. ‘Bet you’re not as happy as I am about it…’ ‘Actually, it’s not that bad,’ he said. ‘It’s often much worse – some people think I’m Nick Clegg.’

One consequence of the Trump interview is that people have started asking me if I might also run for high office. After all, if an Apprentice host can become America’s President, why can’t the guy he chose as his first Celebrity Apprentice winner become Britain’s Prime Minister? We put the theory to the test with a GMB viewers’ poll, and 57 per cent of viewers said I would make a better PM than the hapless Theresa May. On the separate question, ‘Who would provide stronger leadership for the country?’, my numbers against Mrs May soared to 76 per cent. PM for PM? Let’s face it, could I possibly do any worse? And one thing’s certain – President Trump and I would bring a whole new bromance to the Special Relationship.

Kim Kardashian has announced she’s sending bottles of her new perfume in special Valentine’s chocolate boxes to 36 celebrities. In a video posted to all her social media accounts, she named the recipients in handwritten Post-it notes. Two groups, pink and purple, were close friends and family like Jennifer Lawrence, Cher, Paris Hilton, Lindsay Lohan, Mariah Carey, and all her equally annoying sisters. The third group, in green, were the dirty dozen she has publicly feuded with, including Sharon Osbourne, Pink, Bette Midler, Taylor Swift – and me. In fact, I was the only man on her enemy list. Ms Kardashian explained: ‘I decided this Valentine’s Day everyone deserves a Valentine, so I’m going to send them to my loves and my haters.’ Aww, how touching… but she should have saved the postage costs. My heart can be won by many things – but not by a vacuous, dim-witted, topless-selfieposting, reality-TV imbecile who only got famous thanks to a sex tape. 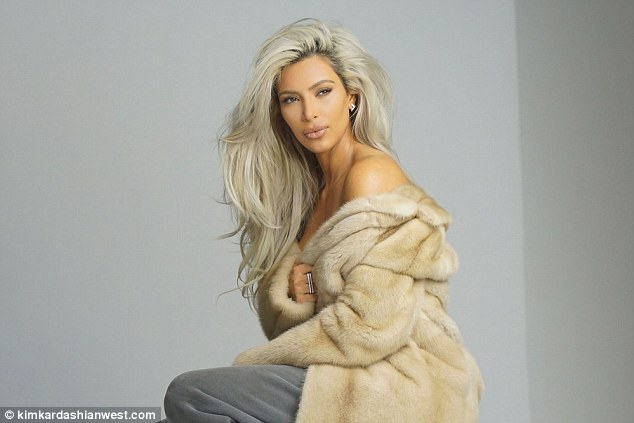 ‘My heart can be won by many things – but not by a vacuous, dim-witted, topless-selfieposting, reality-TV imbecile who only got famous thanks to a sex tape,’ writes Piers Morgan

This morning I arrived at the British Airways Heathrow check-in desk to fly to New York for an interview with one of America’s most notorious serial killers. ‘Good morning Mr Firth!’ exclaimed one of the BA ladies excitedly. She was deadly serious, and looked utterly crushed when one of her chuckling colleagues explained her error. I boarded the plane and found myself sitting directly behind supermodel Rosie Huntington-Whiteley. ‘Are you in New York for fashion week?’ she asked. ‘No, I’m going to hang out with a serial killer,’ I replied. She started laughing. ‘No, I actually am, for a crime documentary.’ ‘REALLY?!’ Rosie exclaimed. ‘Wow. How exciting. I LOVE those kind of shows.’ This might explain why she’s engaged to Jason Statham, a man who’s killed more people on camera than almost any other living actor.

Arsenal lost 1-0 in the north London derby today. My subsequent foul mood wasn’t enhanced when I had the following email exchange with my wife: Celia: ‘Did Arsenal win?’ Me: ‘No, we got stuffed by Spurs.’ Celia: ‘Oh dear, well at least you didn’t lose to Tottenham.’