Piers Morgan today led calls to give England’s cricket heroes an open-top bus victory parade through London to toast their epic world World Cup win after the governing body refused so the team can prepare for The Ashes.

The national side triumphed against New Zealand in what is being called one of the best games of cricket ever played, which was tied twice and went down to the last ball.

As a petition calling for a parade on Change.org rapidly gained support, Piers told Good Morning Britain: ‘Where’s the open top bus parade? I want these guys on a bus going through Trafalgar Square this week.’ 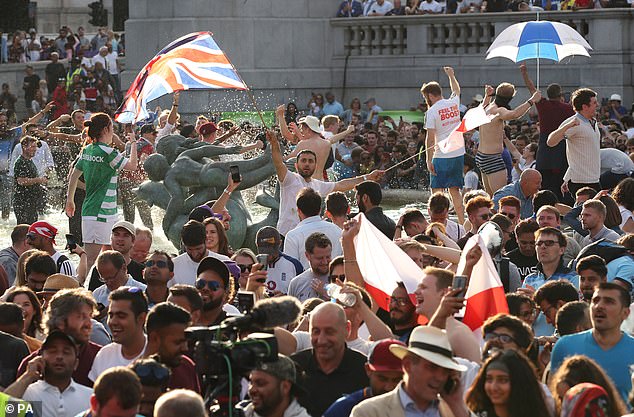 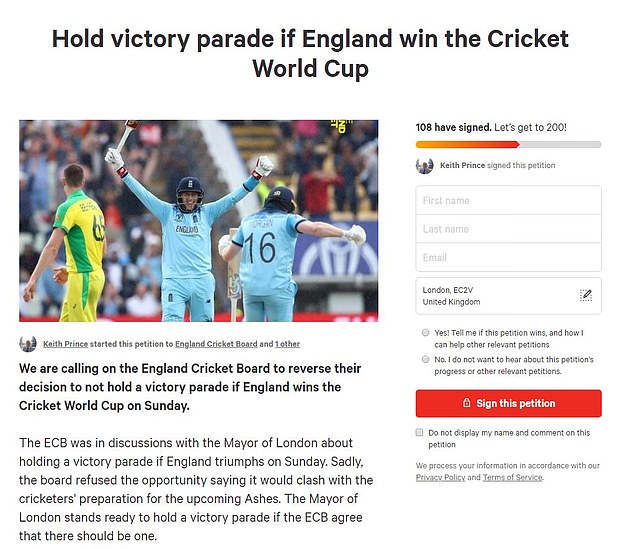 A petition on Change.org calling for a victory parade has only reached just over 100 signatures but is rapidly gaining support

His calls were echoed by England fans on Twitter, with one writing: ‘England deserves a victory parade! We shouldn’t even be asking this has to be easily the biggest win this country has seen in ages!’

Both England and New Zealand scored 241 in their 50 overs and were level on 15 after a super over, before England won by virtue of having scored more fours and sixes.

The win prompted wild celebrations across the country, with fans jumping into the fountains on Trafalgar Square as their sporting heroes sloshed champagne and chanted in the Lord’s changing room.

The England Cricket Board (ECB) spoke with the Greater London Authority about holding a parade, but decided against hosting such an occasion given the limited time between Sunday’s final and England’s first Ashes warm-up game on July 24.

But fans were adamant one should go ahead, amid calls for the team should receive knighthoods in the next round of honours.

Ben Grounds tweeted: ‘England should go back on decision not to have an open top bus parade through the streets of London due to a quick turnaround.

‘Sporting achievements must always be celebrated and such an outpouring of national euphoria at this time would carry them into the Ashes.’ 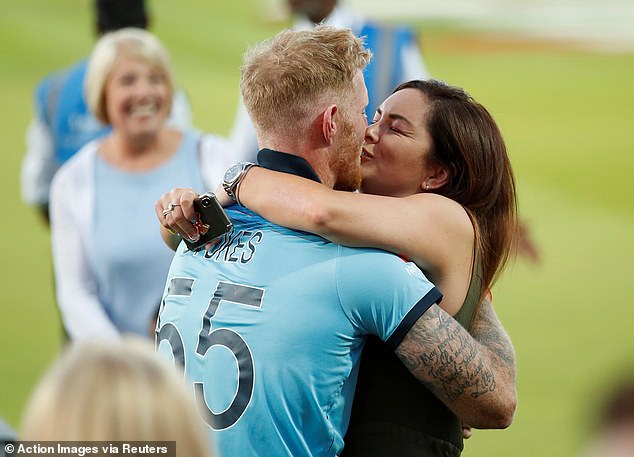 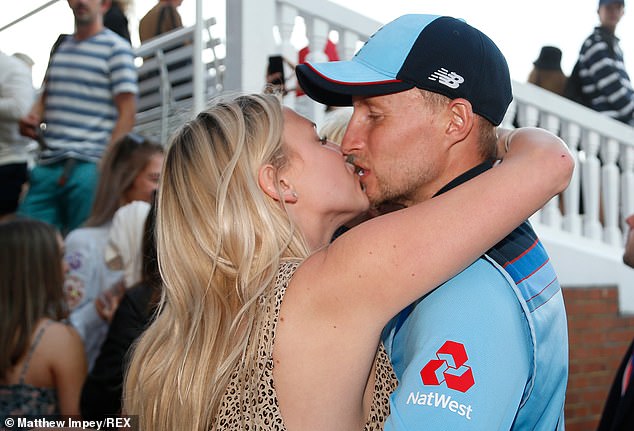 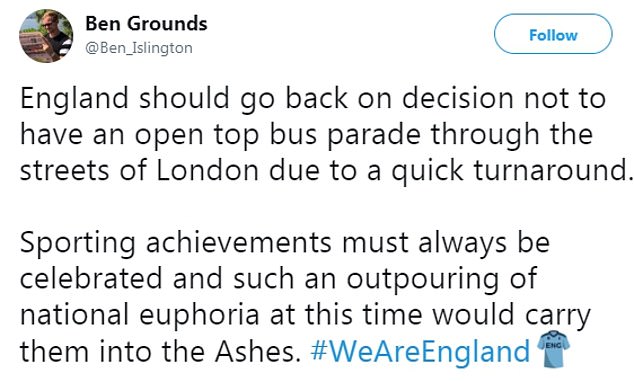 ‘England should go back on the decision not to have an open top bus parade through the streets of London,’ wrote one fan

Others vented their frustration at the EBC for ruling out the celebration, with one fan writing: ‘England win at @HomeOfCricket the greatest World Cup final maybe even the greatest game of one day cricket ever played and @ECB decide not to hold a open bus parade in Central London.’

Robin Dunford added: ‘Only the old farts that run @lords cricket could put a dampener on England winning the world cup by denying them at open top bus parade. DISGRACE

‘Come on ECB. If I was Theresa May and I was on my way out and I was a massive cricket fan, I’d be handing out knighthoods.’ 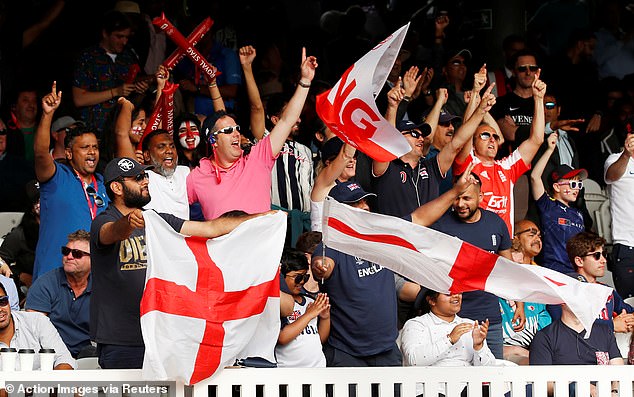 The win prompted wild celebrations across the country, with fans jumping into the fountains on Trafalgar Square. These fans urged the ECB to hold an open-top parade