Piers Morgan thinks he can win NME Villain of the Year

One of the most notorious sports scandals in history occurred in 1994 when US ice-skating champion Tonya Harding was banned for life after her ex-husband and bodyguard arranged for a hitman to cripple her number-one rival Nancy Kerrigan.

Harding’s now the subject of an oddly sympathetic movie, I, Tonya, with Margot Robbie playing her as the misunderstood victim of an abusive mother and spouse.

None of which justifies her complicity in a grotesque crime.

So when Harding appeared on Good Morning Britain today, I grilled her about exactly what she knew before the attack. 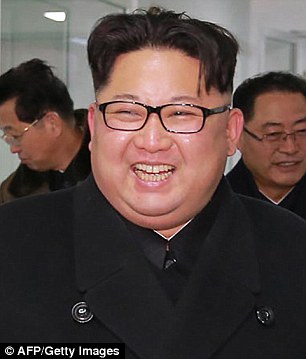 ‘I knew after, but nothing prior,’ she said. ‘I respect you for trying to ask these questions but I’m here to talk about the future… my movie is going to help so many people.’

‘It suits you to play the victim,’ I retorted, ‘but the only victim in this was Nancy Kerrigan.’

‘Thank you so much,’ said an enraged Harding, standing up and removing her microphone, ‘but I think I’m going to have to say goodnight.’

‘You DID know, didn’t you?’ I persisted.

‘No!’ she hissed. ‘I did NOT know ANYTHING prior… NO knowledge.’

Our clash quickly went viral on the web.

Tonya Harding’s admitted she DID know about the plot to maim Nancy Kerrigan. ‘I knew something was up,’ she told ABC. ‘I did overhear them talking about stuff – “Well, maybe we should take somebody out so we can make sure [Harding] gets on the team.” ’

Following the bombshell revelation, her publicist quit, saying Harding had demanded he now make all journalists who interview her be subjected to $25,000 fines if they ask her about her past.

The preposterous fork-tongued Ms Harding is many things; a victim, she is not.

A black-cab driver clocked me in his mirror. ‘Piers mate, I absolutely LOVE you on the morning show!’ he gushed. ‘Thanks!’

‘But my wife wants to wring your neck.’

Altrincham Grammar School for Girls in Manchester is banning staff and pupils from using the word ‘girls’ so they don’t offend transgender people.

However, it will still be called Altrincham Grammar School for Girls.

Ivana Trump appeared on GMB to defend former husband Donald, insisting he’s NOT a racist, treated her ‘fantastically well’ when they were married and is indeed, as he claims, a ‘stable genius’.

But the real fun came after the show ended. ‘That was vonderful, dahling!’ gushed the Czech-born businesswoman, kissing me SIX times on the cheeks, and then subjecting me to an impromptu body frisk. ‘This is NOT sexual harassment!’ she chortled as her hands ran all over my upper torso.

Then she did the same to Susanna Reid, whose eyebrows shot so fast to the ceiling I thought they’d detach from her forehead.

‘This is not sexual harassment either!’ giggled Ivana, before leaving with her entourage.

‘What the hell just happened?’ Susanna gasped, as we burst into uncontrollable fits of laughter.

‘Dear Piers,’ read an email from Twitter, ‘a concerned individual recently alerted us about potentially suicidal or self-harming comments posted to your account. In difficult times, it may help to speak to professionals who can assist in coping with your current circumstances. Remember, there are people out there who care about you, more than you realise. Please take the first step and contact a therapist or visit our Safety Centre. You are not alone, take care, Twitter.’

At first, I was bemused.

Then the penny dropped.

When Arsenal sold our best player Robin Van Persie to Manchester United in 2012, I tweeted: ‘I want to die.’

(Our current best player, Alexis Sanchez, has also just been sold to United, and my reaction is the same.)

This remains my most popular post, retweeted 159,000 times. It seems some people took it a little too seriously! 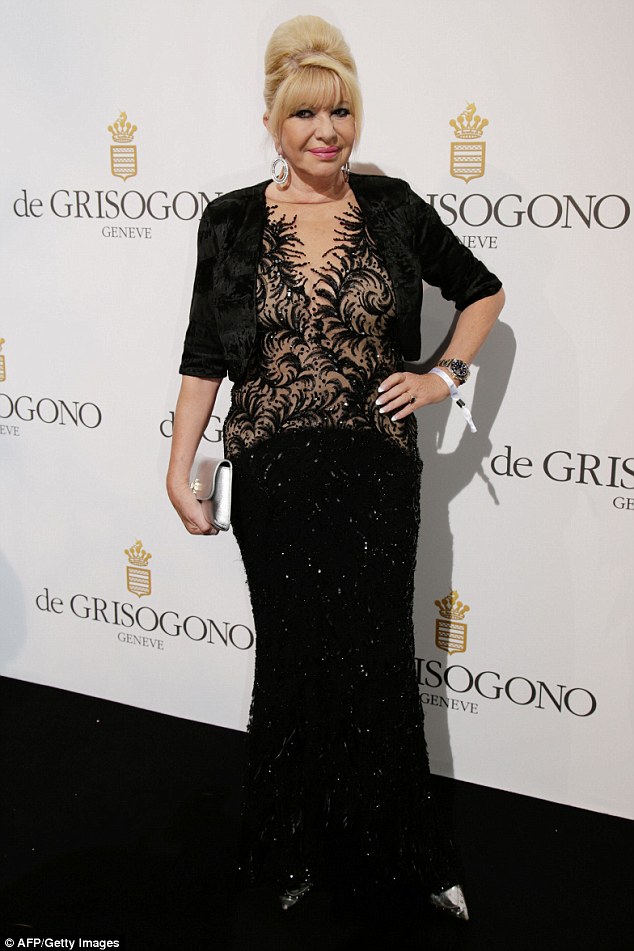 Music magazine NME has shortlisted me for Villain of the Year in its annual awards. The scruffy, malodorous ‘Zeppelin rock, man!’ reptiles who work for and read NME are the kind of people I’d travel continents to avoid, so this is perfect validation of our mutual allergy to each other.

Two of my rivals can be dismissed immediately: Theresa May’s not a villain, she’s just useless. And Katie Hopkins is just pointless.

But the other three – Donald Trump, Kim Jong Un and Jeremy Hunt – may be harder to beat. The first two have taken the world to the brink of nuclear war, and our Health Secretary is so reviled he’s become cockney rhyming slang.

I still fancy my chances.

Newsnight star Emily Maitlis has been talking with horrifying honesty about the disgusting stalker who’s terrorised her since they were at university together.

She’s a good friend and west London neighbour of mine who’s been disgracefully let down by a legal system that doesn’t seem to grasp the hideous effect this kind of crime has on women.

The fact Emily’s tormentor Edward Vines has been able to continue harassing her by letter from inside his prison cell, when that’s the reason he’s sitting there, is beyond parody.

My wife Celia was at Cambridge University a few years after Emily and also attracted one of these obsessive stalkers while she was there. He disappeared to America after a year of relentless hounding, but she still shudders at the memory of the misery he inflicted.

I’m not a big believer in vigilante action, but let me be very clear to Mr Vines: if I ever see you lurking around the streets of Kensington, I’ll do a lot more than write you a nasty letter.