Pig farmer who claimed he was offered £25,000 to clear Tyson Fury over drugs test drops allegations

A Lancashire pig farmer who claimed he was offered £25,000 to lie about Tyson Fury’s failed drugs test has now dropped his allegations.

Martin Carefoot, 70, says he is no longer cooperating with an investigation into heavyweight champion Fury’s positive test for anabolic steroid nandrolone in February 2015.

Fury and his cousin Hughie, a fellow boxer, sparked controversy when they tested positive for nandrolone in February 2015 following a urine test. In September 2016, Fury was accused of refusing to provide another sample for further testing.

Both men denied doping, and maintained that the presence of the banned substance was because they had taken contaminated fitness supplements or because they had regularly eaten uncastrated wild boar.

Wild boar meat and offal – which includes entrails and internal organs – is thought to bring about a rise in natural levels of nandrolone in the body.

Their story was supported by Mr Carefoot, who initially confirmed that he had supplied the meat.

Pig farmer Martin Carefoot, 70, says he is no longer cooperating with an investigation into heavyweight champion Fury’s positive test for anabolic steroid nandrolone in February 2015 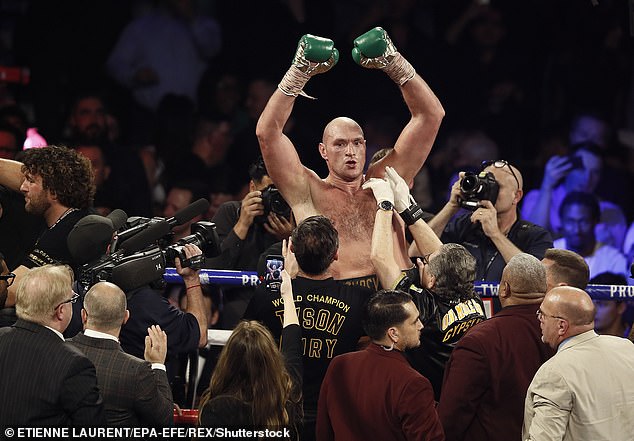 Fury and his cousin Hughie, a fellow boxer, sparked controversy when they tested positive for nandrolone in February 2015 following a urine test

However, in March this year, the investigation into the boxers was re-opened after Mr Carefoot claimed he had been bribed to provide false statements to clear the boxers.

He said at the time: ‘I feel fed up with the lies and deceit. The public needs to know the truth. I’m happy the public know what all this is about. I feel cheated and used.’

But, in a shocking u-turn, he has now withdrawn his allegations, after it triggered the reopening of UK Anti-Doping investigation and threatened the future of Tyson Fury’s long-awaited fight with Anthony Joshua next year.

Mr Carefoot told the Times: ‘I’ve had nothing but problems right from the beginning of this, and I don’t want to get involved.’

The farmer refused to elaborate on his reasons for withdrawing his claims.

During the initial investigation, Mr Carefoot said he had regularly supplied wild boar meat to the Furys, sending it to their gym in Bolton.

He provided two written statements confirming that he had been approached by a member of the Furys’ team, who ‘was looking to purchase large amounts of high quality, fresh meat on a regular basis for Tyson Fury and Hughie Fury – two professional boxers who had very specific diets with high-protein requirements’.

‘I supplied one fully butchered wild boar pig to Team Fury generally every three to six weeks,’ Mr Carefoot claimed in his statement. 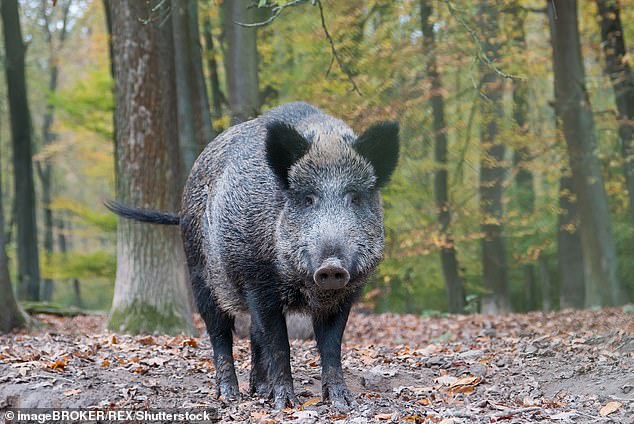 ‘Although some customers would only want specific cuts, Team Fury were keen to utilise the whole animal, including liver, kidney and other offal.

‘Once the animal was slaughtered/butchered, I would place the meat in plastic trays – which were clearly labelled.’

However, in March, the farmer said his statements had been fabricated, and not only had he not supplied meat to the Furys, but he had never kept or killed wild boar.

He said he was paying back ‘a few favours’ when he wrote the initial letter about supplying boar meat.

However, he then found himself in difficulty when asked to provide photos of wild boar on his farm and images of uncastrated boars.

He eventually confessed that the photographs he sent the lawyers were taken not at his farm but at the nearby Bowland Wild Boar Park in Chipping.

He also revealed he had never received his £25,000 fee from Fury’s entourage. 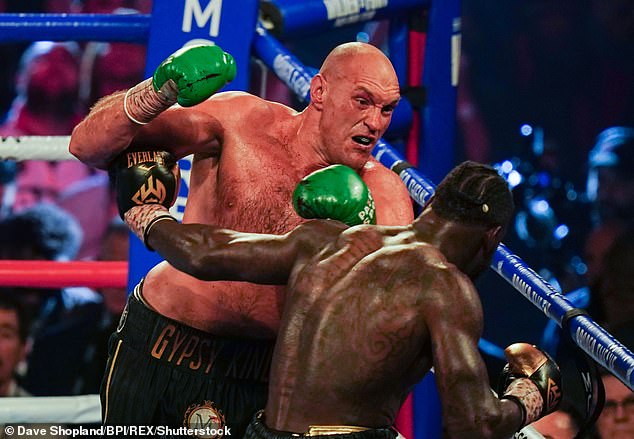 Fury eventually accepted a backdated two-year ban, which allowed him to continue his career

Explaining why he had given false testimony, he said: ‘I was in too deep. They were dangling this carrot. I thought, ‘You’re going to get 25 grand for this.’ I thought, ‘It’s not a hanging matter.’ And so I went along with it.’

The two boxers had eventually accepted a backdated two-year ban, which allowed them to continue their careers – a comparatively minor penalty.

He has now denied withdrawing the claims after being intimidated and insisted he hadn’t been paid.

Ukad said it had told police about the farmer’s claim to have been offered a bribe. ‘UK Anti-Doping has alerted Lancashire police to this matter and is working closely with them. Due to the continuing nature of the matter we cannot make any further comment at this time.’

The police investigation is still active. Lancashire police have not said whether Carefoot remains a witness.