BREAKING NEWS: Pilot and his passenger make a miraculous escape and SWIM to shore after their plane crashed into the ocean – shocking beachgoers enjoying 31-degree temperatures on the sand

A plane has crashed into the ocean at City Beach in Perth – with the pilot and passenger then remarkably swimming to safety.

Police were on the scene after responding to a report of a small aircraft crashing into the water around 3.30pm local time.

It has since been confirmed the aircraft was a small plane, with a pilot and one passenger on board.

A plane has crashed at City Beach in Perth, with police confirming a small aircraft has smashed into the ocean 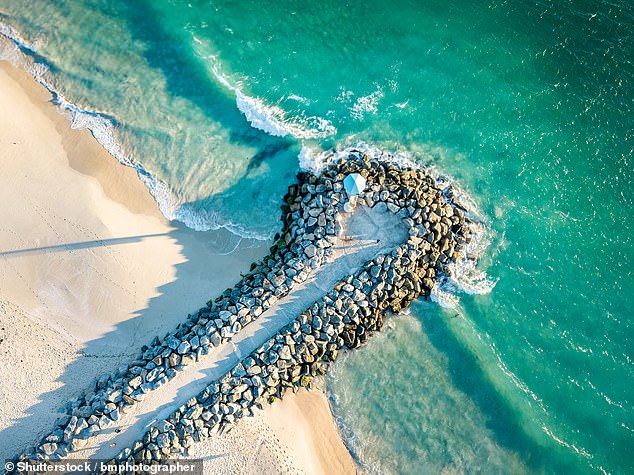 According to police, the incident unfolded at 3:30pm local time in Perth, with emergency services also responding

After reporting engine troubles, both were forced to manoeuvre the plane into the ocean.

The pilot and passenger were able to exit the aircraft and get to shore, which was 20 metres away.

The crash was believed to be witnessed by many beachgoers, who were out enjoying the 31 degree temperatures in the West.

The initial response to the incident included multiple police units on the ground, Water Police (vessel) and Police Air Wing.