This dramatic photo shows the wreckage of a vintage British fighter plane after it crashed during a routine flight – leaving the pilot and a passenger injured.

The Hawker Sea Fury aircraft came down in a field at around 5.15pm  on Tuesday, after having to make a forced landing, leading to the plane sustaining a fuel leak.

The shocking photo shows the serious damage to the front of the plane, which appears to have been severed in two by the cockpit as it seemingly struck a tree on its way down.

The Hawker Sea Fury, pictured, broke into several pieces after it crash landed on Tuesday 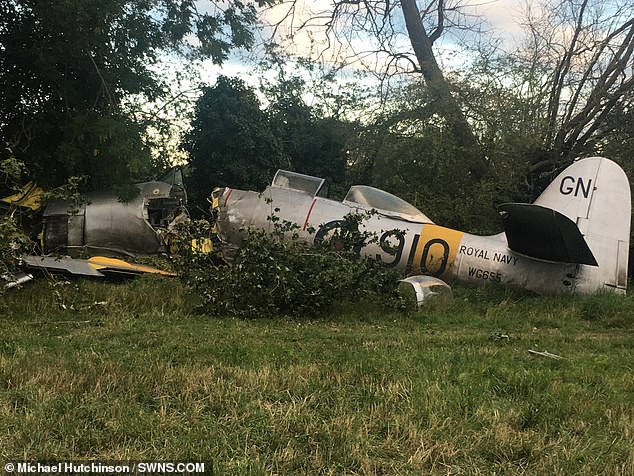 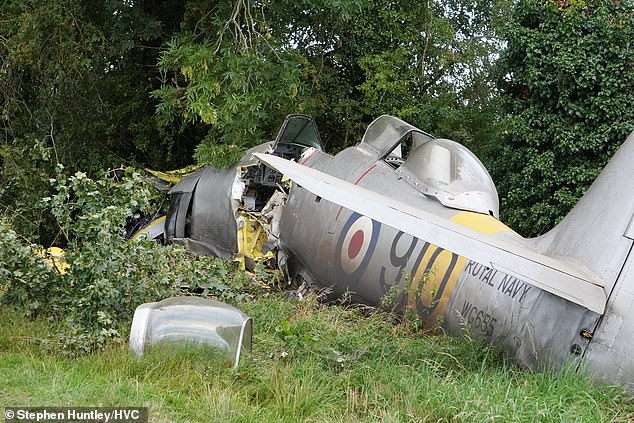 The pilot and a passenger both received medical attention at the scene, in Button End near Duxford, Cambridgeshire, after sustaining minor injuries in the crash.

And the Imperial War Museum in Duxford confirmed yesterday afternoon that the plane had taken off from Duxford.

In a statement, IWM Duxford said: ‘There has been an incident involving a Sea Fury aircraft which departed from Duxford airfield this afternoon on a routine flight.

‘The aircraft had to undertake a forced landing, the pilot and passenger are receiving medical attention for minor injuries.

‘The aircraft sustained significant damage and a fuel leak.

‘An IWM Duxford fire team with specialist equipment and knowledge assisted Cambridgeshire Fire and Rescue Service at the scene.’ 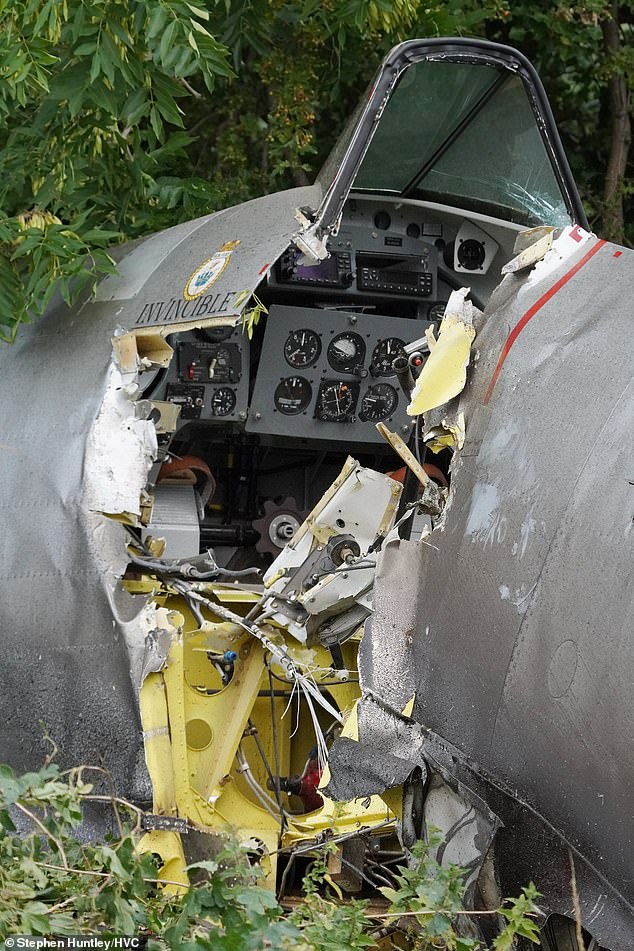 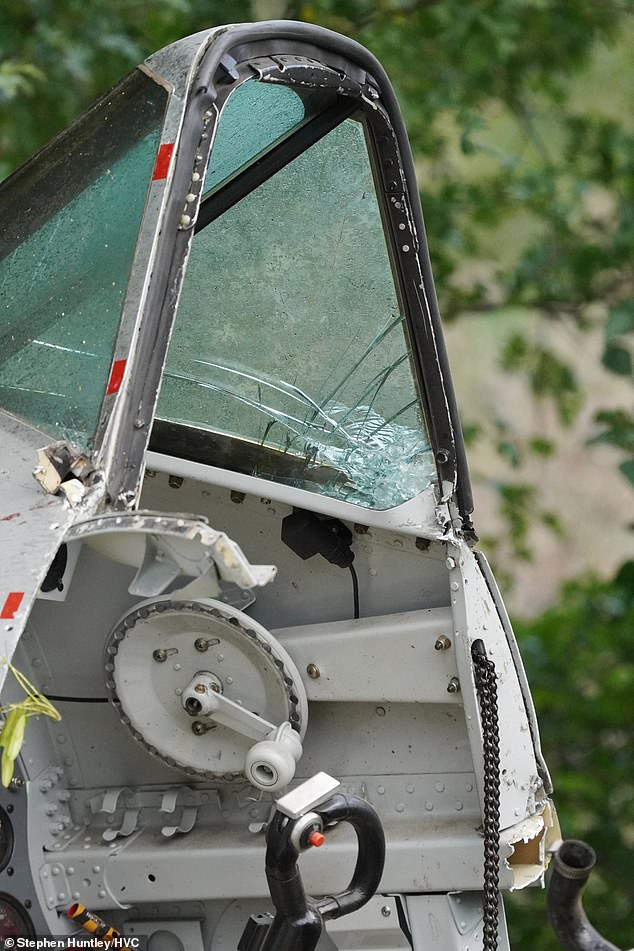 The aircraft, which was manufactured in 1951, suffered extensive damage in the crash 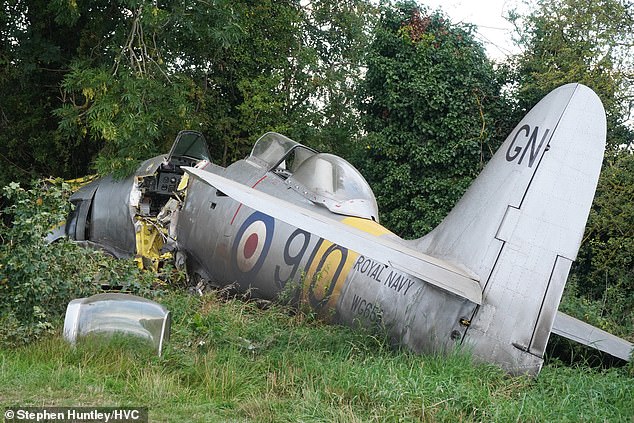 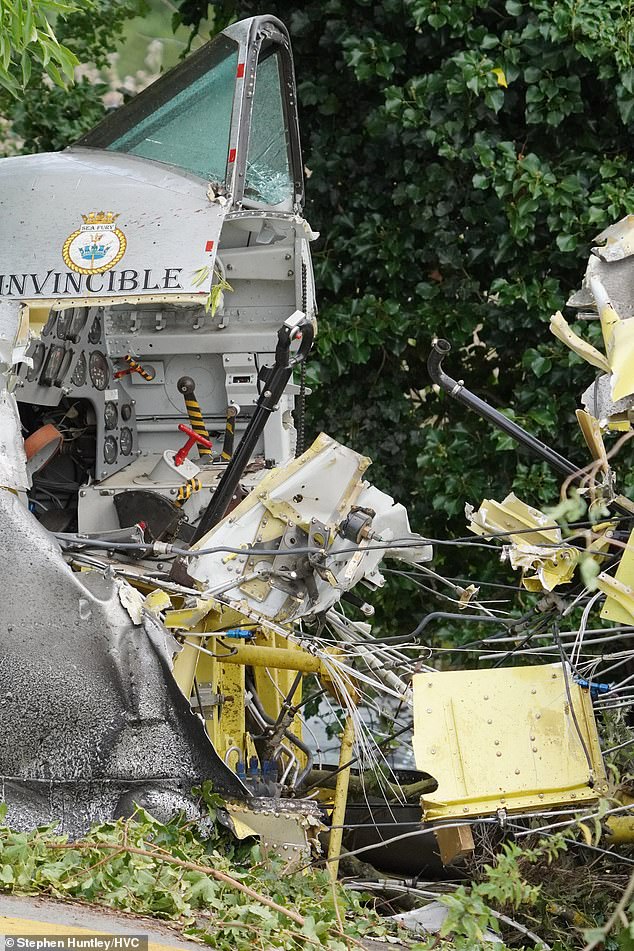 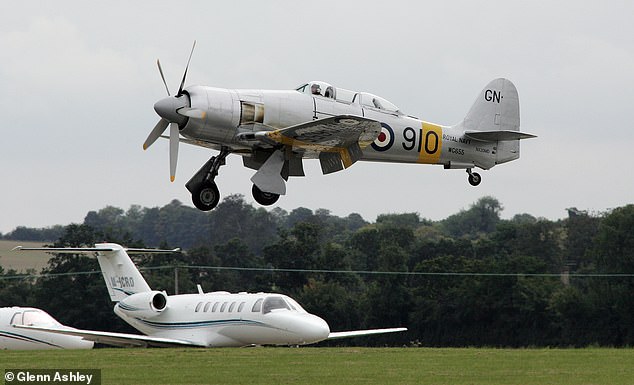 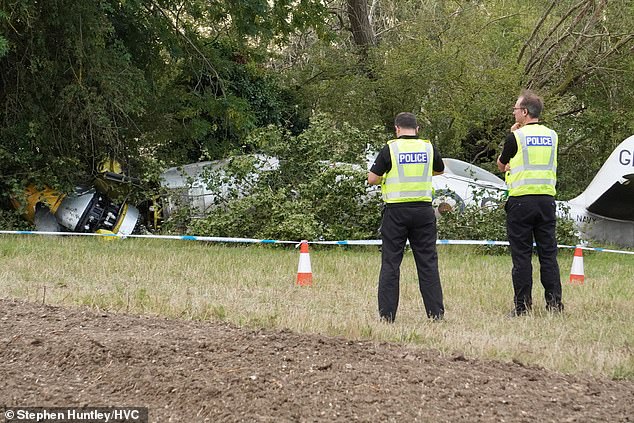 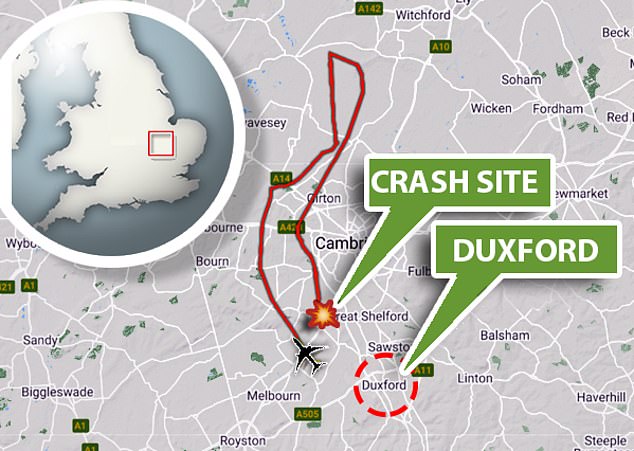 According to the Foundation’s website, the aircraft was manufactured in 1951 – and this is not the first crash the aircraft has suffered.

In July 1990, it suffered engine failure shortly after take-off and made a wheels-up forced landing in a field near Castle Cary, Somerset.

The fuselage broke into three sections on collision with tree.

The remains initially went to New Zealand, and then later to Wisconsin, USA and then California, USA.

The aircraft was shipped back to Duxford in May 2009 – and was re-registered with a new engine and propeller in July 2018. 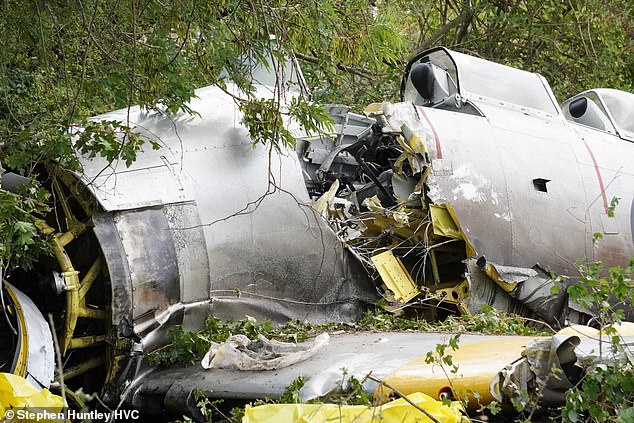