Dramatic video footage reveals the moment a pilot crash lands his microlight plane into a lake.

Pilot Steve Turnbull was flying over the Western Islands in Scotland in his aircraft when he experienced a propeller strike.

In the strike he lost two blades off his propeller and two large holes ripped into his aircraft’s wing.

The pilot was forced to make an emergency landing on the grass below him, however as he carefully tried to steer himself onto the ground, he accidentally landed with a splash into a nearby lake.

Clear skies: Pilot Steve Turnbull was flying over the Western Islands in Scotland when he experienced a propeller strike 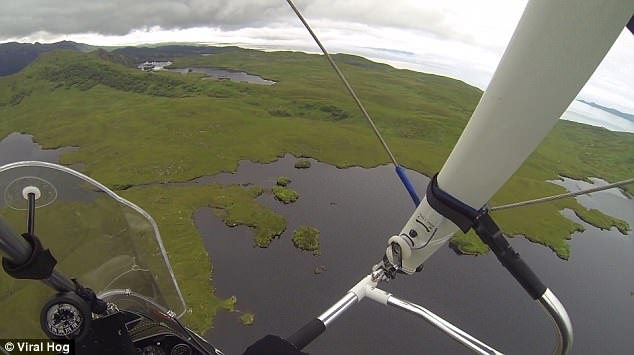 Turnbull said he was headed for the grass but the holes in his wing forced him to go further than he expected, landing him in the lake. 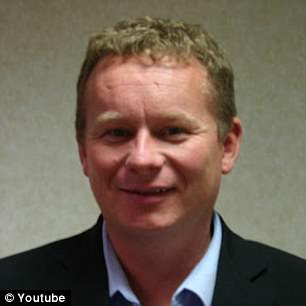 Pilot Steve Turnbull, above, filmed the moment he managed to crash land in a lake

A camera on the craft filmed the climatic landing.

The three-minute video clip begins with stunning imagery of the lake and surrounding green hills.

However the aircraft’s speed dangerously picks up as he nears the ground.

At about two minutes into the clip his crash landing escalates with the pilot practically grazing the grass looking for a place to land, before he’s propelled head-first into the water.

He posted the video saying: ‘I was flying over the Western Islands when I experienced a prop strike which took out 2 blades from the prop and put 2 large holes in my wing, forcing me to land on the grass below’.

He added: ‘Unfortunately the grass wasn’t so attractive as I got closer and the holes in the wing were forcing a long right turn!’ 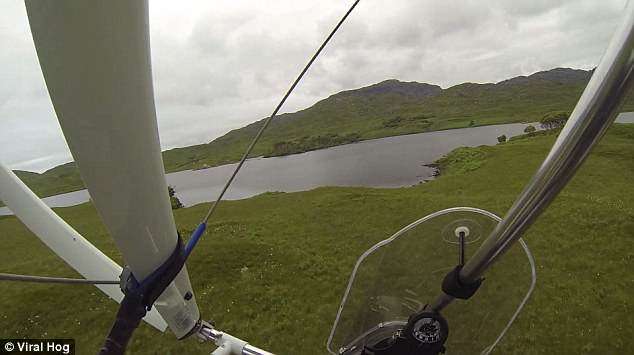 After he lost power he had to skillfully crash onto land. He aimed for the grass pictured above 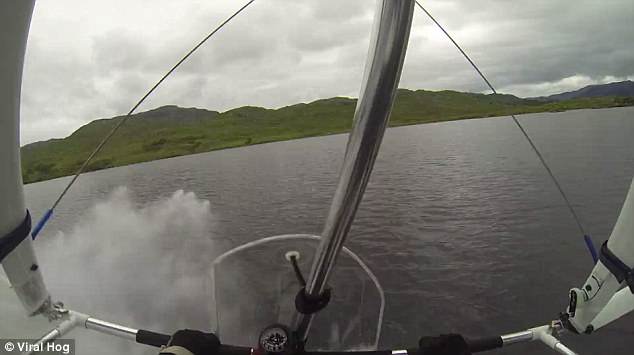 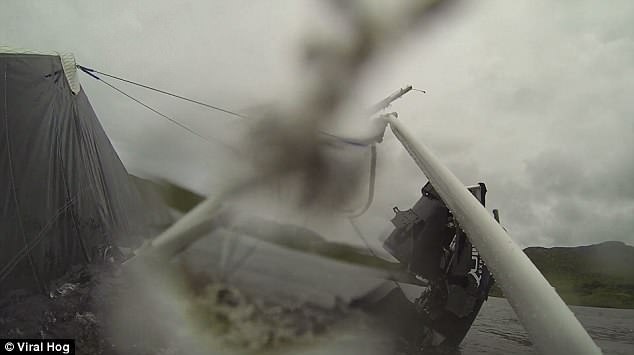