Pilots have demanded that all flights to China are suspended as health officials declare a global emergency and countries advise against all but essential travel.

American Airlines pilots have even filed a lawsuit stating they should not be forced to fly to the country as the outbreak is ‘serious, and in many ways still unknown, health threats posed by coronavirus’.

A US flight attendant on a plane from a major Chinese city has said they feel as though they are on ’14-day countdown’, the gestation period of the virus, and that everyone onboard was wearing face-masks.

The US has issued a category four warning for China, advising against all travel, but direct flights to and from the virus-stricken country are still available today according to flight sales website Skyscanner.

American Airlines pilots filed the lawsuit in Texas, where the company is based, stating that they should not be forced to fly to the outbreak-hit country.

Their union, the Allied Pilots Asociation (APA), has also told pilots to refuse jobs involving flights to and from China.

In a statement, the American Airlines’ flight attendants union said they supported the pilots’ lawsuit and called on the company and the U.S. government to ‘err on the side of caution and halt all flights to and from China’.

American Airlines said it had no comment today, but on Wednesday announced the cancellation of flights from Los Angeles to Beijing and Shanghai next month. It still has flights to China scheduled from Dallas.

Pilots at United Airlines, the largest U.S. airline to China, concerned for their safety will be allowed to drop their trip without pay, according to a Wednesday memo from their union to members. 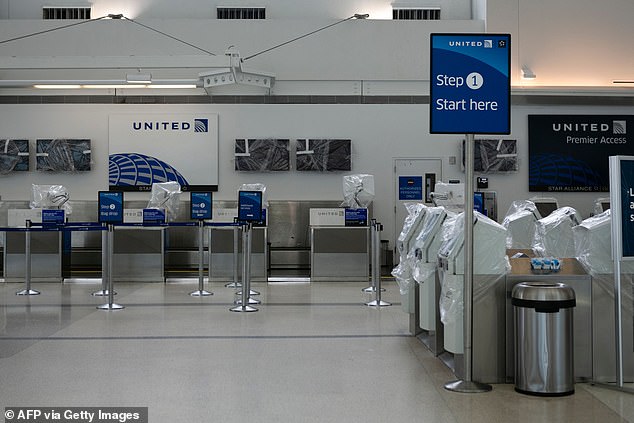 Airlines across the world have been cutting flights to China. United Airlines said yesterday it would cancel 332 US-China flights 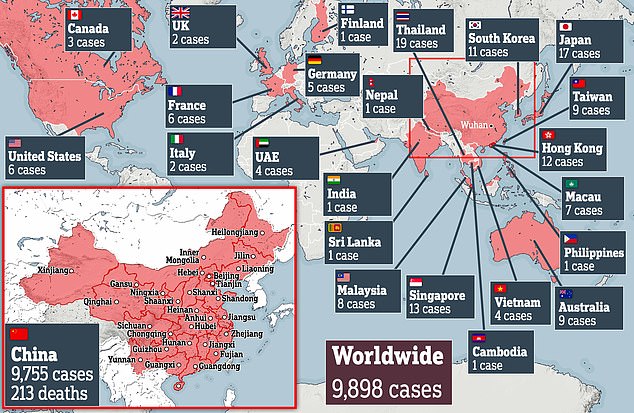 United announced on Thursday another 332 US-China flight cancellations between February and March 28, though it will continue operating roundtrip flights from San Francisco to Beijing, Shanghai and Hong Kong.

Direct flights to China are still available from the US for £200 today, although there are none from Britain, according to flight sales website Skyscanner.

A U.S. flight attendant who recently landed from one major Chinese city said a big concern is catching the virus and spreading it to families, or getting quarantined while on a layover.

‘I didn’t understand the gravity of the situation until I went there,’ she said on condition of anonymity, describing general paranoia on the return flight, with every passenger wearing a mask. ‘Now I feel like I’m on a 14-day countdown.’ 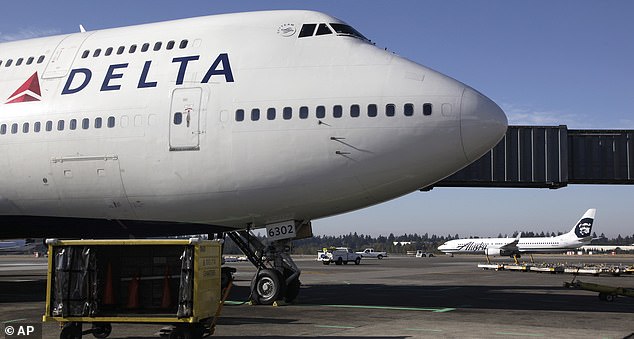 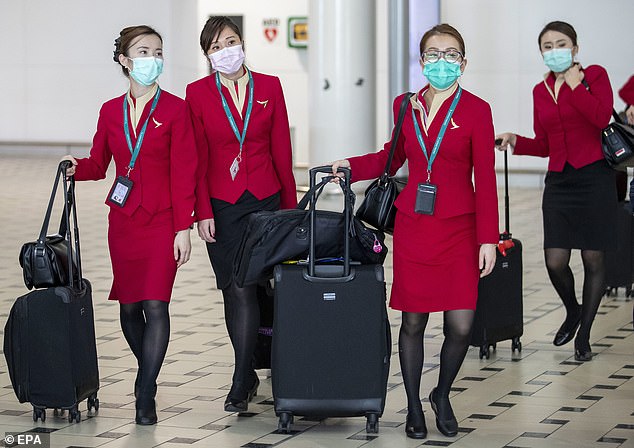 Thai Airways is hosing its cabins with disinfectant spray between China flights and allowing crew to wear masks and gloves.

Delta Air Lines is also operating fewer flights and offering food deliveries so crew can stay in their hotels.

The South Korean carrier also said it was loading hazmat suits for flight attendants who might need to take care of suspected coronavirus cases in the air.

Airlines in Asia are seeing a big drop in bookings along with forced cancellations because of the coronavirus outbreak, the head of aircraft lessor Avolon Holdings Ltd said, adding the impact could last for some months. 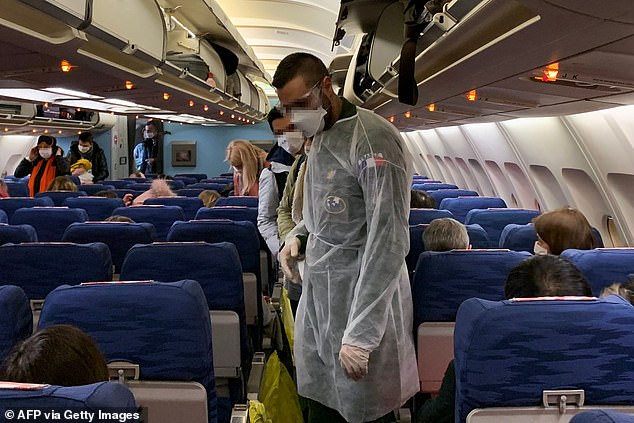 The outbreak poses the biggest epidemic threat to the airline industry since the 2003 SARS crisis, which led to a 45 per cent plunge in passenger demand in Asia at its peak in April of that year, analysts said.

Air France, which maintained China flights throughout the SARS epidemic, suspended its Beijing and Shanghai flights on Thursday after cabin crews demanded an immediate halt.

‘When the staff see that other airlines have stopped flying there, their reaction is ‘Why are we still going?’,’ said Flore Arrighi, president of UNAC, one of the airline’s four main flight attendants’ unions.