Pin-sharp satire from a modern-day Dorothy Parker. What a pity it curdles into agitprop…

Very few authors are able to write snappy one-liners, which have to be as compact and forceful as poetry, but here’s a young novelist who’s a virtuoso.

Her narrator, Ava, is particularly acerbic when talking about an entitled young woman called Victoria. 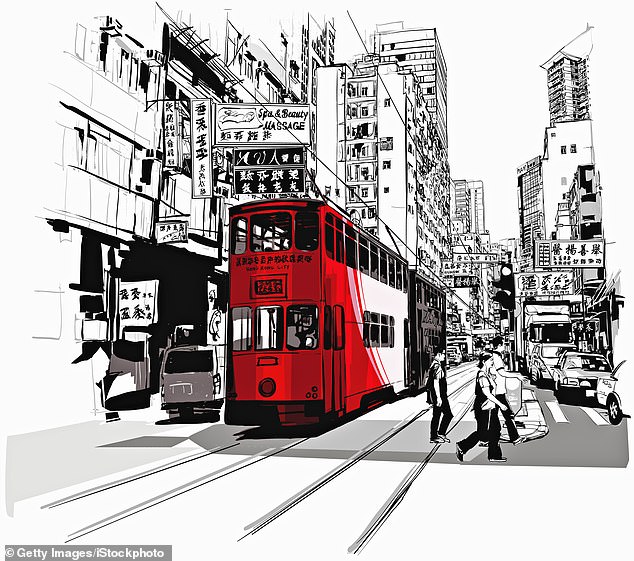 With Exciting Times, her first novel, Naoise Dolan proves she is a wonderfully sharp, comic writer, adept at making wisecracks in the caustic, knock-’em-off, knock-’em-down tradition of Dorothy Parker, Joan Rivers and Nora Ephron. The main character Ava is a 22-year-old teaching English to youngsters in Honk Kong (illustrated)

‘Victoria had large teeth. They made it difficult for her to smile without scaring people, which was why Victoria smiled a lot.’

‘… it was as if someone else ironed everything for her – her whole life – and her role was to make new creases.’

‘She had a lot of hair. Posh girls had more than I did, but often enough it was from someone else’s head.’

‘I wondered if Victoria was a real person or three Mitford sisters in a long coat.’

‘She was so beautiful I couldn’t see why she was talking to me. Sometimes her eyes said: I don’t know why, either.’

With this, her first novel, Naoise Dolan proves she is a wonderfully sharp, comic writer, adept at making wisecracks in the caustic, knock-’em-off, knock-’em-down tradition of Dorothy Parker, Joan Rivers and Nora Ephron. And she is an equal-opportunity abuser, showering insults on both men and women, and even, when the opportunity arises, on children. ‘You were supposed to find it endearing that children thought only of themselves. Especially if you were a woman, it was meant to make you want one of your own,’ says Ava, who teaches English to youngsters in Hong Kong.

Too poor to rent anywhere nice of her own, she lives rent-free with a smart young banker called Julian. ‘Julian had gone to Eton and was an only child. These were the two least surprising facts anyone had ever told me about themselves.’ Their relationship is sexual but almost wholly unaffectionate. Ava sometimes writes dark, truth-telling texts to Julian, though she never sends them: ‘sometimes i love you and sometimes i think it would be best if a plane flew into your office and you were on the plane or in the building.’

She is Bridget Jones’s sour sister, or Bridget Jones marinaded in vinegar. She douses almost everyone with her sense of loathing, including herself. While her little pupils are writing essay plans, she busily lists everything she dislikes about herself: ‘flat feet, doughy hands, clumsiness, moral cowardice… pale, hostile to people who have shown me nothing but kindness, probably bad at sex.’

As I was reading the first half of Exciting Times, I found myself purring with pleasure. I loved its snap and its bite, its merciless dissection of our current attitudes to class and gender, its cool refusal to kowtow to sentimentalists who insist that lead characters in fiction should all be in some way ‘likeable’.

Furthermore, Dolan’s wit often contains wisdom. It can startle you into recognition of the way things are, shaking the props society builds itself and revealing them as nothing more than stage scenery. In this way, she is a true satirist. At one point, Ava thinks: ‘Women in movies taught men how to feel things. They took men who felt nothing and made them feel something. You could never tell what those women felt themselves, besides: I want to help this man. I’d never met anyone like that in real life.’ This is pin-sharp. 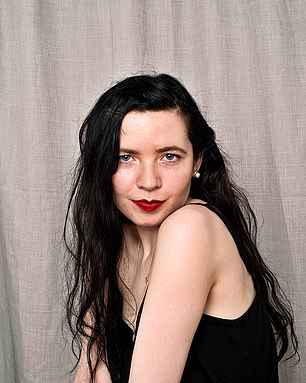 Dolan’s humour does not all revolve around statements and aphorisms. Some of it emerges from situations and characters. Wondering at Julian’s reluctance to introduce her to his mother, Florence, she imagines ‘her having me for dinner, just the two of us. I’d mispronounce “gnocchi” and she’d avoid saying it all evening so as not to embarrass me. I would meet her eye and think: in this way I could strip you of every word you know. I’d take them like truffles and you’d say, “Help yourself”, and then I’d take those too and you’d be speechless.’

This is comic writing at the highest level, created with such apparent ease that it seems to dance across the page. Her writing is rhythmic and compact, and she is alert to the key words in a comic sentence. This is Ava’s memory of her childhood church attendance: ‘Mam had made me go to the important services because if you didn’t you’d never be Mary in the nativity play. I was never Mary anyway. I fidgeted too much, and the mother of God surely kept her hands still or gainfully occupied, not twiddling her ponytail.’ Here, it’s the way Dolan rubs together the phrases ‘gainfully occupied’ and ‘not twiddling her ponytail’ that produces the vital spark of comedy.

At its best, Exciting Times reminds me of Martin Amis’s first novel, The Rachel Papers, which took apart relationships with a kind of clinical punch. ‘When you buy me clothes it means you want to stroke my hair, so when you really stroke my hair it means you want me to move to Siberia and die.’ In its icy take on consumerism it’s also reminiscent of Bret Easton Ellis’s American Psycho. Like both those novels it seems to be brilliantly in tune with its times. ‘He said he was thinking of getting a real, physical TV. I said: “Christ, you really are pushing 30.”’

So far, so good. But roughly halfway through, I found myself trying to fight off a burgeoning sense of disappointment. The gaps between jokes grew longer and longer, and the narrative started to become repetitive and lacklustre. Key characters, so vivid at the start, failed to develop or to progress, other than in a downward spiral. Ava’s self-lacerating cynicism, once so funny, lost its wit and became claustrophobic. Themes of colonialism and gender politics which had, up to then, been bubbling beneath the surface, began to be placed in the forefront, like flags at a military parade.

Of course, this may have been Dolan’s intention. She is clearly a vehement opponent of capitalism: in the early pages she cracks good jokes at the expense of the financial community. ‘I looked out on the water, thinking: stocks float, but I wonder if bankers do.’

In her acknowledgments at the back of the book she declares: ‘Everyone deserves to write books if they want to. That will never be possible in a world where billionaires exist, but it’s possible in a humane one.’ As the book goes on, some of the jokes become similarly heavy-handed, as though they might almost have been written for a speech by Jeremy Corbyn or Private Eye’s Dave Spart. ‘We agreed… that the British obsession with dogs was creepy, both because of the volume of other animals they ate and in light of their historic and contemporary level of regard for humans.’ Robbed of its redemptive comedy, the last half of the book has an increasingly dour, slightly flat feel to it. When satire jettisons its humour, it curdles into agitprop.