A former lighting engineer for Pink Floyd broke down in tears today as he told a court how he caught his ‘tyrannical’ wife beating their adopted son.

Mr Wynne-Willson told a jury at Blackfriars Crown Court he walked in on his ex-wife ‘repeatedly slapping’ their adopted son Daniel in his bed when he was very young.

He choked back the tears as he described how the children tried to do ‘everything they could’ to stop their mother.

Mr Wynne-Willson told the court: ‘There was an incident, I came into the room and Susie was up on Daniel’s bed.

‘Susie was slapping Daniel around the face repeatedly. He was very very distressed.

‘He was a little boy. I did not know what it was about, what could it be about with a child at that age?’

When asked by prosecutor Scott Brady what he did next, he replied: ‘I told Susie to stop it.

‘She said I would only stop if I agreed to take over. Which I agreed to do but of course I did not continue, because then Susie would leave the room.’

He then took a sip of water and sat down on a chair in the witness stand in tears and apologised.

The prosecutor asked: ‘What did you do next?’ Mr Wynne-Wilson replied: ‘I just hugged him.’ 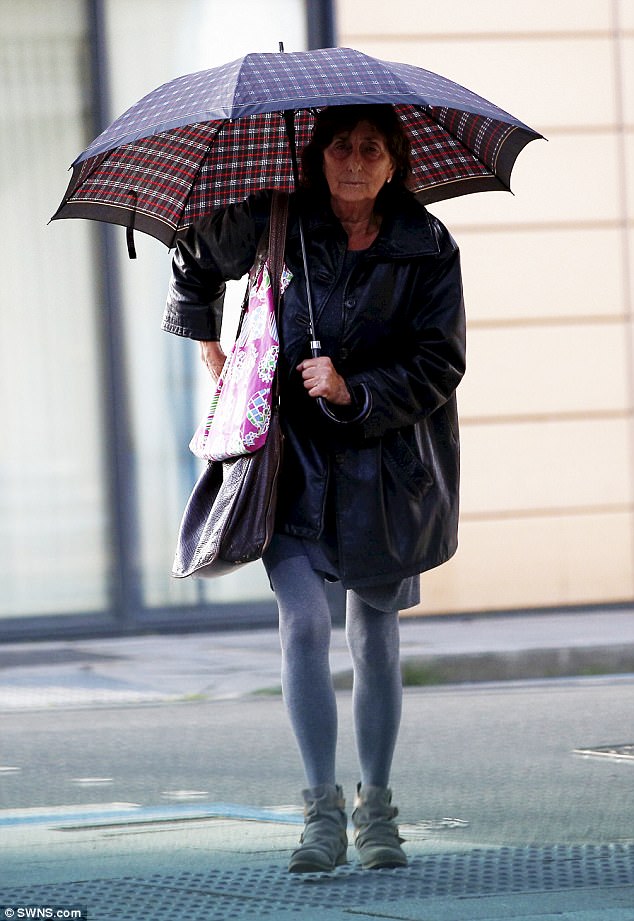 Mr Wynne-Willson told a jury he walked in on his ex-wife Susan Wynne-Willson (pictured outside court on September 8), ‘repeatedly slapping’ their adopted son

But he said the situation moved from a happy, loving family home that quickly moved onto something ‘not normal’.

He told jurors that he only separated from Susan when he woke up to his wife slapping him in the face.

‘That was the point we separated,’ he said. ‘Susie’s control of family became absolutely tyrannical.The children did everything they could to keep the level down.’

Last week Peter’s son, Dan, 40, told the court he tried to take his own life after years of physical and verbal abuse at the hands of his mother.

He claimed he felt ‘like a slave’ living in a life of ‘pure hell’ with his mother, and used to daydream about saving up money to have her killed.

The alleged abuse began after the couple and their five children moved from their stately home in North Yorkshire worth £700,000 to a ‘filthy squat’ in Covent Garden.

Jurors heard Dan describe the physical and verbal abuse which included soiled underpants being forced into his mouth and his head being held under water to stop him crying. 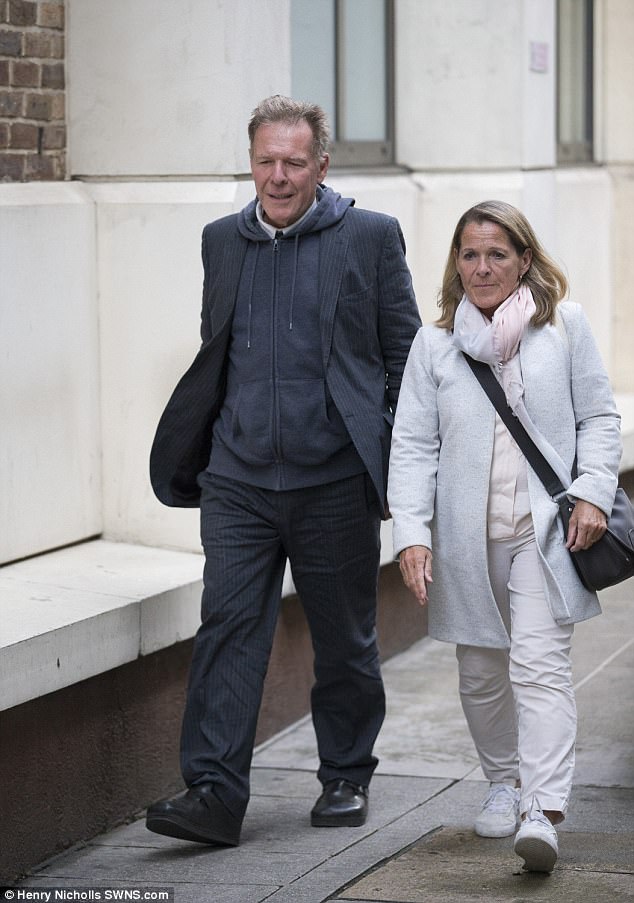 Dan’s sister, Rosa Aguelo de Guero, now 42, also claimed she suffered at the hands of her ‘violent’ mother she described as a ‘monster’ before she ran away at 14 years old.

The adopted son – who is now a deputy principle and child protection officer – told the court he spent many years ‘living a lie’ and hiding from the truth of his childhood.

Mr Wynne-Willson told jurors what happened in ‘that house’ went far ‘beyond my experience’.

He said: ‘It was not a normal household.’

He explained to the court the family once enjoyed many happy family picnics, parties and gatherings but his wife’s attitude to the children changed.

As his relationship with his wife deteriorated, when they were living at a mansion in North Yorkshire, he moved into the stables which left the children very ‘distressed.’

He continued: ‘I heard Susan shouting at the children. It was in a way that did not seem to have boundaries to it somehow.’

‘The nature of this living environment was very very different to anything I have ever seen.’

He told jurors one morning before school his wife grabbed a box of toys from the cupboard and poured them all over the floor and made Daniel clear them up.

‘She said “you can only go to school when you have cleared this up”, he said.

The prosecutor asked: ‘Did he clear it up’.

Mr Wynn-Willson replied: ‘I stayed with him but we did it together.’

He said that his wife went back into the kitchen and ‘did not allow’ him to take Daniel to school.

‘Susan would not allow me to do that,’ he said.

Mr Wynne-Wilson said he was not living at the squat in London where the alleged abuse continued.

‘Mostly I recall sometimes coming into the flat and finding that the whole kitchen and all the surfaces were clear and it seemed a little odd.

‘I remember remarking on it to Susie and she said, “Yes, our Rosa is a devil cleaning up”.