Waters made the dramatic statements during a Q&A following a screening of his concert film, Us + Them, in New York City Tuesday night.

According to a Rolling Stone report, Floyd said that Trump ‘is a man who has failed at f**king everything in his life except becoming the biggest … tyrant and mass murderer and mass destroyer of everything that any of us might love or cherish in the whole [world], only because he has the power.’

Pink Floyd bassist Roger Waters (in 2019) lambasted President Trump during a Q&A. He said Trump had ‘failed at f**king everything in his life’ except becoming a ‘tyrant’ 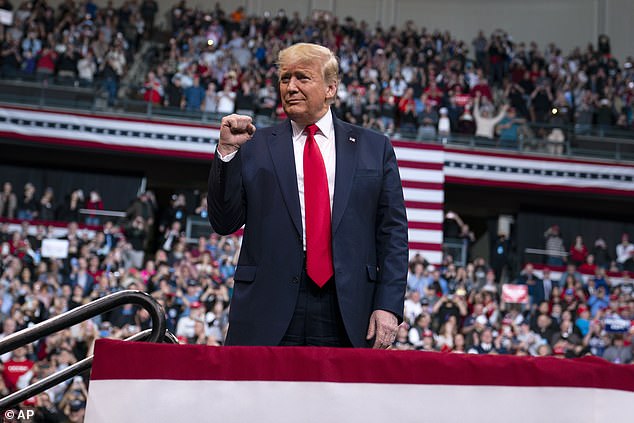 ‘The United States of America is not a fool’s paradise; it’s a fool’s hell,’ he said, noting that watching his concert film, ‘it reminded me that the great battle is the battle between propaganda and love. And propaganda is winning.’

He went on to say, ‘And sadly, the buttons of the propaganda machine are being pushed by people who are f**king sick. These sick, sociopathic f**kers, all of them, every single one of them. Believe it or not, Donald Trump is somewhere down here, floundering around in the muddy water at the bottom of the oligarchic pool.’

During the Q&A, Waters appeared to throw his support behind Democratic presidential hopeful Bernie Sanders. 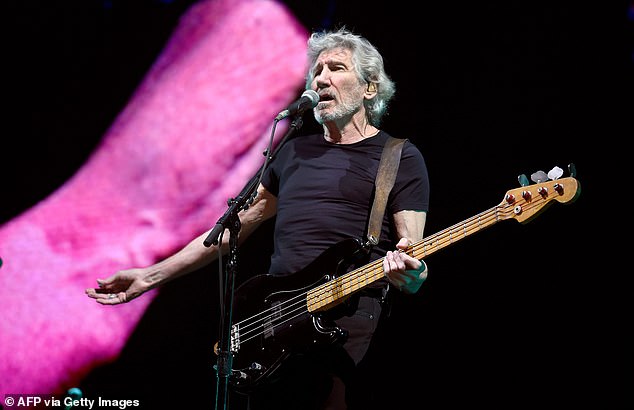 During the Q&A, Water (in 2018) said that in the battle between love and propaganda right now, propaganda is winning 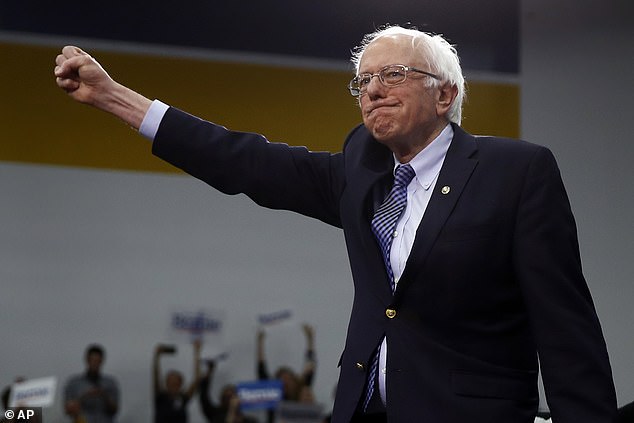 Rogers said that Sen. Bernie Sanders (on February 11) is the only Democrat who could defeat Trump at the 2020 election polls

At one point, moderator and BMG executive John Loeffler was said to have noted that he was ‘moved [in the film] just to see kids all over the world getting the message that they’re not alone.’

To which Waters replied, ‘Funnily enough, they are [connecting to that message], but unfortunately not fucking here,’ referring to America.

‘Because if they were, you wouldn’t have Donald Trump as a president, you wouldn’t be having all this nonsense with the Democratic primaries, with them trying to destroy the only candidate who can possibly win against Donald Trump, Sanders,’ he said, according to Rolling Stone.

In November 2019, Waters told a Rolling Stone reporter that he was planning a 2020 tour with the intention of protesting Trump during the election year.

Waters announced his North America tour dates in January, noting that ‘This tour will be part of a global movement by people who are concerned by others to affect the change that is necessary,’ AXS reported.

The 31-city tour, called This is Not A Drill, begins July 8 and runs through October 3.