Pippa Middleton looked relaxed as she soaked up the winter sun on the Caribbean island of St Barts today holding her baby Arthur.

The Duchess of Cambridge’s sister cradled the 11-week-old baby on the island where her father-in-law owns a luxury hotel.

Pippa, 35, was joined by her husband James Matthews, 43, and his brother, 30-year-old Made In Chelsea star Spencer Matthews.

Carrying a brown shoulder bag, she looked comfortable in blue jeans and a white blouse with holed detailing.

Happy holidays: Pippa Middleton, 35, carries her baby Arthur on the Caribbean island of St Barts with her husband James Matthews, whom she married last year, following behind 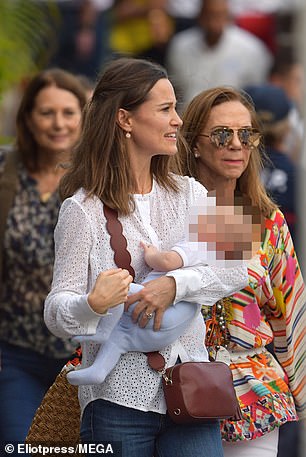 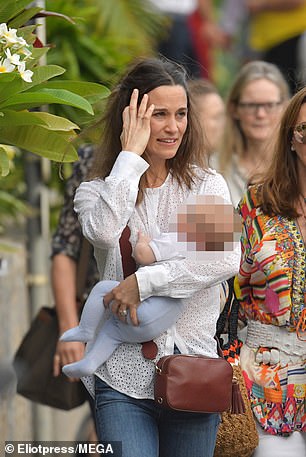 Winter sun: Pippa looks relaxed in a white blouse and blue jeans, carrying her baby and a brown bag over her shoulder, as she goes for a walk on the island of St Barts today

Pippa has previously been seen on the island for winter holidays, including with her brother James Middleton in January 2016.

She married James Matthews in May 2017, and their first child – Arthur Michael William – was born in October this year.

The trip to the Americas comes after the Middleton family enjoyed a casual lunch at a Berkshire pub on Boxing Day.

However they were not joined by Pippa’s sister Kate, who spent Christmas with the rest of the royal family.

The Matthews family owns the Eden Rock resort on St Barts, one of the region’s most exclusive hotels.

Stars including Elton John, Brad Pitt and Leonardo DiCaprio have stayed at the resort, where suites can cost up to £25,000 a night. 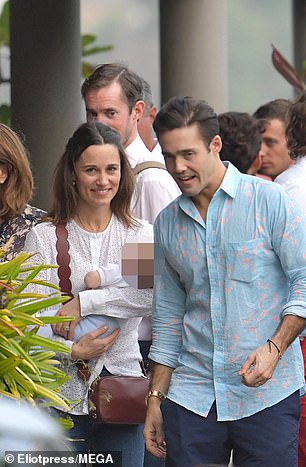 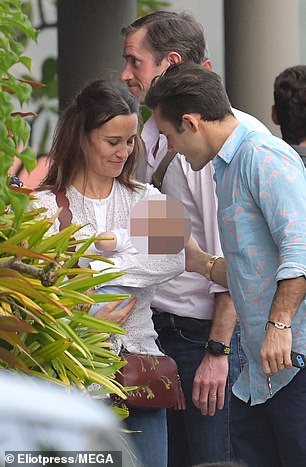 Family outing: Pippa’s brother-in-law, Made In Chelsea star Spencer Matthews, chats to the Duchess of Cambridge’s sister and looks at her baby Arthur 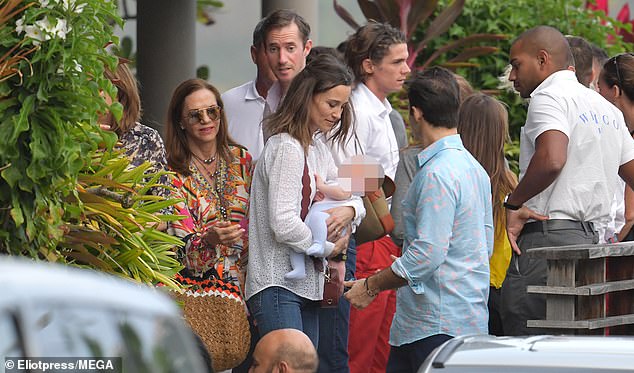 A day in the sun: Pippa holds her baby while her husband James Matthews and brother-in-law Spencer Matthews look on, as they walk on the island where her father-in-law owns a hotel 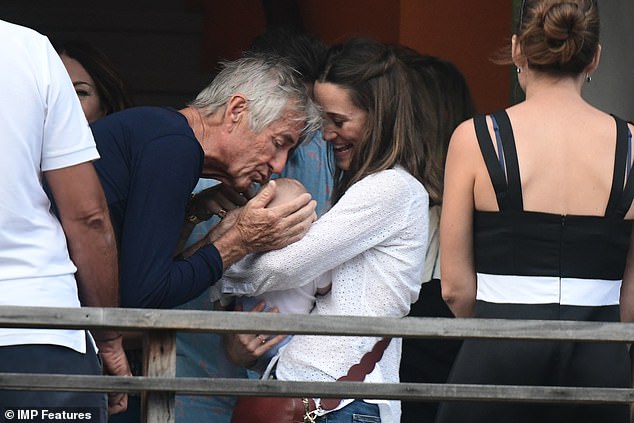 Say hello! Pippa’s baby Arthur, who was born in October this year, receives a kiss in the head as the family enjoy their winter holiday on the Caribbean island

The hotel needed extensive repairs after it was wrecked by the devastating Hurricane Irma in September 2017.

St Barts has long attracted wealthy Europeans including Roman Abramovich, who bought a £49million mansion there and has moored his yacht on its shores.

The 76-year-old Beatles star spent the holiday in the Caribbean with his wife Nancy Shevell, 59, and daughter Stella, 47. 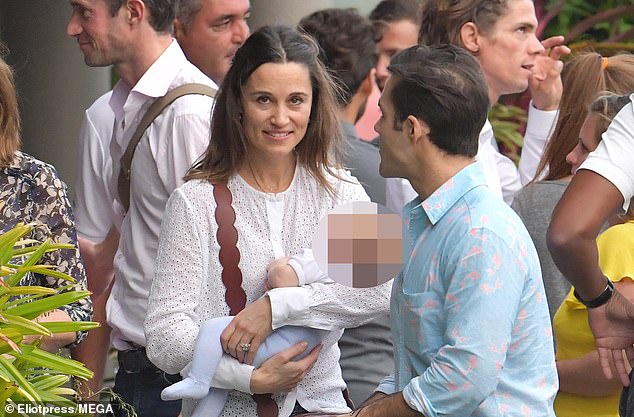 Time to relax: Pippa, wearing a white blouse and carrying her baby in her arms, walks around St Barts with her brother-in-law Spencer Matthews, wearing a blue and pink shirt 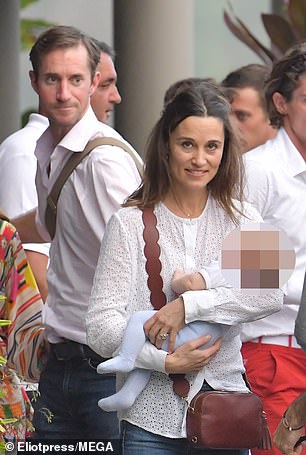 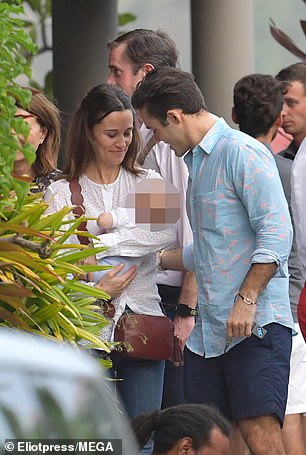 A day with the family: Pippa’s husband James Matthews, who she married in May last year, follows her around St Barts (left) while she talks to her brother-in-law Spencer (right)