The family of Pippa Middleton’s father-in-law fought back last night over claims he raped a minor – angrily insisting he was being ‘set up’.

David Matthews, 74, allegedly carried out two offences between 1998 and 1999, one in Paris and another on the Caribbean island of St Barts where he owns a hotel.

A family source told The Mail on Sunday that his accuser, now in her 30s, was being ‘assisted’ in her complaint by her mother.

‘I’ve heard the full story. It’s outrageous,’ said the source. ‘I feel very sorry for David. He’s completely being set up just to cause family embarrassment.’

It is understood the complainant lives in London and once had close links to the £5,000-a-night Eden Rock Hotel, which Mr Matthews bought after visiting French-speaking St Barts in 1975.

She lodged a complaint against the self-made businessman last year and he was arrested by child protection police at Orly airport after flying into Paris from the Caribbean last Tuesday. He has strenuously denied wrongdoing.

French media said he was held for 48 hours before appearing in court.

Mr Matthews, whose son James married Pippa, the Duchess of Cambridge’s sister, last May, appeared at the Palais de Justice where he was charged with raping a minor on two occasions.

The source said: ‘Sadly the investigation can take up to a year and by then all the damage will be done, which is exactly what the accusers want.’ 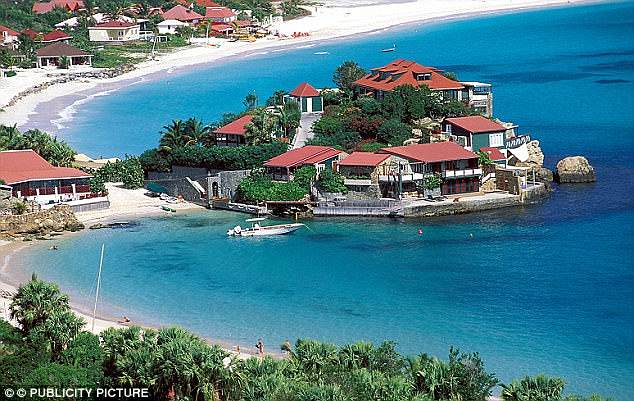 LUXURY: The Eden Rock Hotel on the Caribbean island of St Barts, where Mr Matthews is alleged to have carried out an attack

For now, Mr Matthews, who has retained his passport, is free to return home to St Barts but it was unclear last night whether he had left France.

A Paris judicial official confirmed that Mr Matthews was placed in police custody on March 27.

‘The Paris public prosecutor’s office opened a judicial investigation, overseen by an examining magistrate, who charged him with the rape of a minor,’ the official said.

The charge carries a maximum sentence of 20 years in prison and the authorities in Paris have six months to decide whether he will be brought to trial. Mr Matthews, a former racing driver, attended his son’s wedding with senior members of the Royal Family, including Prince William and Prince Harry.

The son of a Rotherham coal miner, he amassed a £40 million fortune by selling a successful secondhand car business and moving into property development and hotel ownership.

After leaving school he became an apprentice garage mechanic. At 19, he started selling cars door to door and, in his spare time, pursued his love of motor racing at the local track. He was division champion in the British Touring Car Championships in 1971.

His first marriage was to Anita Taylor, Britain’s first woman racing driver. They had a daughter, Nina, but divorced three years later in 1969. 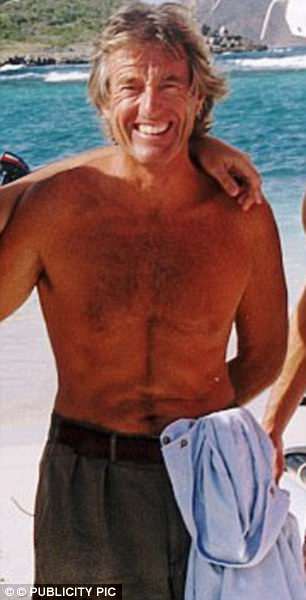 He married for a second time to artist Jane Parker, now 70, and after moving out of their bungalow in Rotherham, the couple lived on a 30-acre, 18th Century estate in rural Lincolnshire. As their fortunes continued to rise, there were spells in Paris, then Monaco. They had three sons, James, Spencer and Michael, who died when he was just 22 on a Mount Everest expedition.

After several successful years in business, Matthews retired after the recession and ventured into hotels, snapping up the Eden Rock in St Barts in 1995, which he moved into and revamped.

The hotel – a hotspot for celebrities including Tom Hanks, Jessica Alba and Jennifer Lopez – was wrecked and strewn with rubble after a devastating encounter with Hurricane Irma last year.

Mr Matthews, who is represented by the Queen’s solicitors Farrer & Co, is expected to return to Paris as the investigation develops.

There are other bail conditions but they have not been made public. He was formally arrested by judicial police linked to the Juvenile Protection Brigade (BPM).

The BPM is made up of six specialist brigades, primarily concerned with the protection of abused children.

A spokesman for Mr Matthews said: ‘David Matthews categorically denies the allegation and unequivocally contests the untrue and scandalous accusation.’

The gilded family that’s had its share of shame Enveloped by his family and looking supremely relaxed, David Matthews is pictured above in happier times, when it must have seemed as though he had it all.

And who could blame him? The son of a Yorkshire coal miner, he is a self-made man who enjoys the title Laird of Glen Affric (his 10,000-acre Scottish estate) and has homes in London, France and on St Barts.

He started off working as an apprentice mechanic for his father, before taking up motor racing in his early 20s and marrying pioneering female racing driver, Anita Taylor, a renowned beauty and gossip column darling.

Before splitting three years later, they had a daughter Nina, who now lives on Jersey with husband Adam Mackie, whose family electrical business is worth £456 million – more than the Middletons and Matthews combined. Their four children are Rosa, Tristan, Lily and Yasmina.

Mr Matthews’ glamorous second wife Jane, 70, enjoyed a privileged childhood in Harare, capital of Zimbabwe. Sporty and popular, she was voted carnival queen at university and rode through the streets on a gold throne atop a motorised float.

At 21, she graduated in Fine Art and won a scholarship to the Rijks Academy in Amsterdam. When her ferry stopped in England, she hopped off on a whim and ended up staying for good.

It was then she met David Matthews, recently divorced, who had spotted an old photograph of her in a yearbook belonging to his sister-in-law. They married in the early 1970s, a low-key register office affair to which Jane wore an old brown sweater and a skirt. A celebration in Zimbabwe followed, where her bohemian father turned up two hours late, riding a donkey.

If Spencer inherited her wild streak, then James – whom Pippa Middleton married in May last year – is the steady one. He has quietly accrued a fortune, having set up his own hedge fund.

Of the family, a friend once noted: ‘They have everything in abundance: good looks, oodles of money and all the trappings of their exalted status.’