What do you buy the woman who has everything? For the Duchess of Cambridge’s sister, Pippa Middleton, the answer is an antique wooden boat from the Thirties.

I can reveal that when the 35-year-old married hedge fund millionaire James Matthews last year, her brother James, 31, presented her with a vessel that he helped restore.

When the 35-year-old married hedge fund millionaire James Matthews last year, her brother James, 31, presented her with a vessel that he helped restore

Craftsman George Winks, founder of Temper Studio, tells me: ‘James came to me with the boat and I repaired the structure, but he restored the beautiful old engine himself. He has a real knack for that and he’s got a thing for old tractors.’

The boat is named Rafa, after the cocker spaniel James previously gave mother-of-one Pippa, and is now up in James Matthews’s Glen Affric family estate in Scotland. 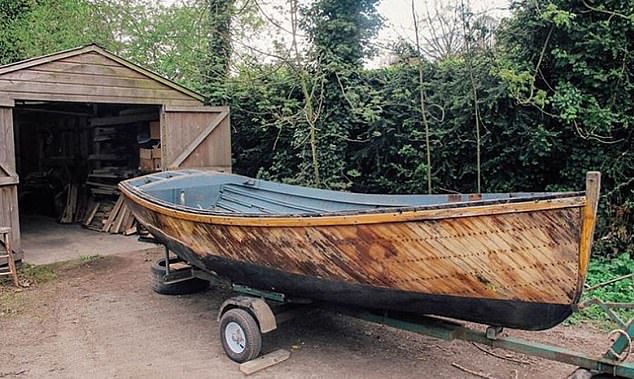 Craftsman George Winks, founder of Temper Studio, tells me: ‘James came to me with the boat and I repaired the structure, but he restored the beautiful old engine himself. He has a real knack for that and he’s got a thing for old tractors’

‘They use it for messing about on the loch,’ adds Winks.

‘It was a bloody tough job, but I learned an awful lot.’

How Hayley got Tangoed during Redmayne romp

Actress Hayley Atwell, who endured a naked romp with Eddie Redmayne in TV drama The Pillars Of The Earth, won’t be doing it again any time soon.

‘Eddie had lots of fake tan on and when he sweated, he would sweat tan on me like I’d been Tangoed,’ she says. 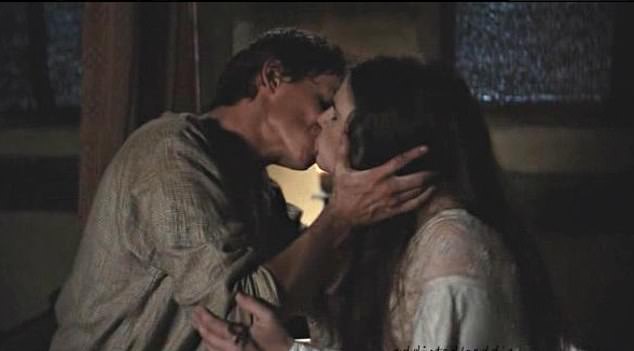 Actress Hayley Atwell, who endured a naked romp with Eddie Redmayne in TV drama The Pillars Of The Earth, won’t be doing it again any time soon

‘It’s just a lot of grunting with someone who’s essentially become your brother over the last few weeks. Hopefully those days are over.

Now I can be a bit older and more discerning.’

Atwell, 36, has a new man in her life, which might explain her recent reserve.

She’s just bought a house in London where she lives with her doctor boyfriend.

The 18-year-old daughter of Jordan’s King Abdullah marked the conclusion of her training at the Royal Military Academy Sandhurst by taking part in Saturday’s Passing Out Parade.

Afterwards, Princess Salma bint Abdullah of Jordan was joined by her mother, Queen Rania, who dazzled in a flowing white coat spangled with gold and emblazoned with black chevrons. 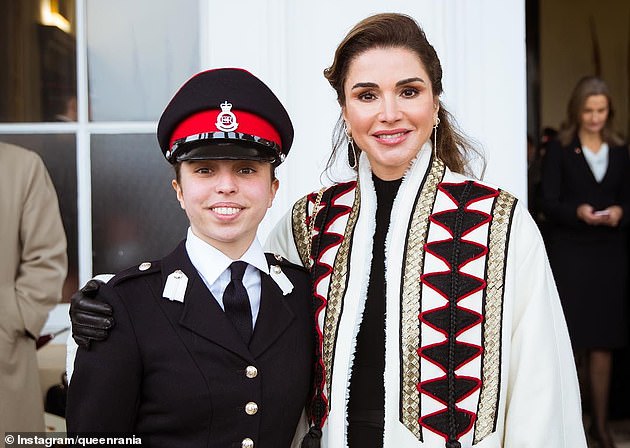 Queen Rania uploaded this picture of herself with Raina with the caption: ‘From a graduation gown a few months ago to a military uniform today, you have proven how capable you are!’

The family have a long association with Sandhurst. Not only did Princess Salma’s brother and father train there, but so, too, did her grandfather, King Hussein, whose appearance on parade was greeted with shouts of: ‘You ’orrible little King, sir!’

At the age of 77, Dame Vivienne Westwood appears to be getting her firm’s affairs in order.

For I can disclose that her company, Vivienne Westwood Limited, has shelled out £12.4 million to buy her trademarks from its parent company, Latimo SA, based in Luxembourg. Until last year, Dame Vivienne’s UK company paid Latimo £2 million a year for the privilege of using her name on its labels.

Critics said that the ploy — a legal loophole similar to one favoured by Starbucks — cheated the Treasury out of around £500,000 a year.

Dame Vivienne once memorably remarked: ‘I disagree with everything I used to say.’ Perhaps she also disagrees with much of what she used to do.

Art sleuth Philip Mould insists he’s not worried that his Fake Or Fortune? co-presenter, Fiona Bruce, is in talks to become the next Question Time host.

‘Fiona is very good at juggling balls. She does so much already so I’m sure it wouldn’t be hard for her to fit something else in,’ he tells me. The pair enjoy a close professional relationship.

‘And the good thing about Fiona is she’s always up for a laugh.’

Olivia Colman, who will play the Queen in the next series of Netflix’s The Crown, admits she couldn’t resist stealing from Buckingham Palace during a visit earlier this year.

At a 200-person reception hosted by Prince William, she turned to her husband, screenwriter Ed Sinclair, and whispered: ‘Go get some loo roll.’

Dutifully, he found one of the palace’s 78 bathrooms and stuffed some into the pocket of his dinner jacket.

‘He got two squares of loo roll, just to say, “We got it from Buckingham Palace”,’ boasts Colman, 44.

Baker, 84, says: ‘I love the improbability of Doctor Who. Reason plays no part at all. As in religion, the overriding thing is faith. It may be improbable, but just believe in it and it’ll all come right.’

Baker’s tale of scarecrows terrorising a remote Scottish island might be too scary for the politically correct BBC tsars currently in charge of the series.