Felipe Vazquez, the Pittsburgh Pirates relief pitcher charged with soliciting a child, met his 13-year-old female victim on social media, and on one occasion drove to her Pennsylvania home, placed her on his lap, pulled down her pants, and unsuccessfully attempted have sex with her in his car, according to an incident report.

Vazquez was arrested Tuesday morning at his apartment in Pittsburgh on a felony warrant that was issued in Lee County, Florida, where the victim now lives. The 28-year-old All-Star remains in the Allegheny County Jail and is charged with computer pornography, solicitation of a child and one count of providing obscene material to minors.

According to an incident report from the Lee County Sheriff’s Office, the victim connected with Vazquez on social media when she was 13 and the two continued communicating over the last three years.

At one point, investigators say, Vazquez drove to her Pennsylvania home and pulled down her pants while they were in his car. From there, Vazquez allegedly placed her on his lap and ‘attempted to penetrate her vagina with his penis, but was unsuccessful,’ according to the Lee County Sheriff’s Office incident report from August 5.

On another occasion, Vazquez invited the victim to PNC Park in Pittsburgh, where the two took pictures together outside the team’s bullpen. 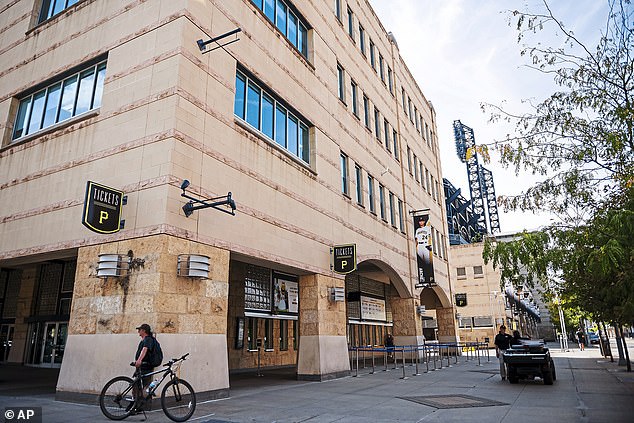 The Pirates have placed Vazquez on administrative leave. The team removed banners with Vazquez’s image from around PNC Park (pictured) in Pittsburgh on Tuesday

Over the three years the two were in contact, the alleged victim’s family moved to Florida, where authorities ‘obtained information that Vazquez had a reported sexual relationship with a 13-year-old female.’

Vazquez is also accused of performing a sex act in a video that he sent to the girl in July, according to police. Police seized several electronic devices at his Pittsburgh apartment.

Police say that girl, who is now 15, recently received text messages from Vazquez, who reportedly suggested they could meet with each other after the season.

A hearing will take place on September 25 to determine if Vazquez will be extradited to Florida, his attorneys told CBS Pittsburgh.

The Pirates have placed Vazquez on administrative leave. The team removed banners with Vazquez’s image from around PNC Park in Pittsburgh on Tuesday.

According to the Florida Department of Law Enforcement, Vazquez was arrested Tuesday morning at his apartment in Pittsburgh on a felony warrant that was issued in Florida. He remains in the Allegheny County Jail and was scheduled to be arraigned Tuesday afternoon

‘On Thursday, August 8, 2019… a female child 15 years of age received sexually explicit photographs and a video text message from Felipe Vazquez,’ the arrest affidavit read. ‘The victim was also solicited by the suspect to participate in illegal sexual conduct.

‘Although Vazquez’s face does not appear in any of the texted photographs, police were able to identify him by his tattoos. The alleged victim also repeatedly refers to him as ‘Felipe.”

The Pirates released a statement on Tuesday.

‘Today we were made aware of an active law enforcement investigation involving Felipe Vázquez and his subsequent arrest,’ the statement read. ‘We take this matter, and these charges in particular, extremely seriously.

‘We have informed the Commissioner’s Office of the investigation and arrest. The Commissioner’s Office will immediately place Felipe Vazquez on Administrative Leave (and, as a result, Restricted List) pursuant to the Joint MLB/MLBPA Policy. We need to be respectful to all involved and the ongoing legal proceeding. As a result, the organization, our staff and players cannot comment any further at this time.’ 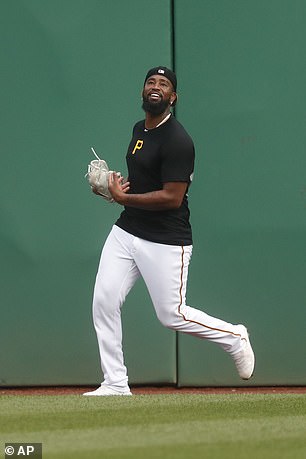 In a separate incident, Felipe Vazquez reportedly injured a teammate in a clubhouse fight earlier this month

‘A lot of different emotions were stirred up today, in a lot of different places,’ Hurdle said. ‘How do we connect and support our way through those emotions, how do we continue to improve and hold ourselves to a high standard on and off the field.’

Vazquez will continued to be paid while on administrative leave, but there remains a chance his contract could be voided if he is convicted of a crime.

Vazquez has been the National League’s most dominant reliever over the last few years. In addition to his two All-Star nods, the hard-throwing lefty currently boasts a minuscule 1.65 earned-run average, which would be the best in baseball had he enough innings to qualify.

In a separate incident, Vazquez reportedly punched teammate Kyle Crick earlier this month. Crick then injured his finger in the ensuing melee, and has since undergone season-ending surgery. 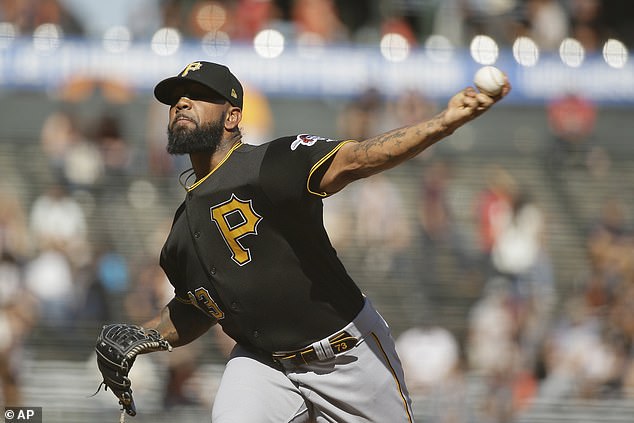 A native Venezuelan, Felipe Vazquez was selected to his second All-Star game this year before Tuesday’s arrest for soliciting a child and computer pornography