Even at 39-years old, Justin Verlander is being courted by various suitors trying to milk the last bits of talent out of his career.

Verlander will be heading to Los Angeles to meet with the Dodgers as the free agent makes the choice of where to head next. He’ll meet with team leaders on Monday.

It was a special year for Verlander – who won the AL Cy Young Award for a third time after undergoing Tommy John surgery last season.

Justin Verlander is a wanted man in free agency, with the pitcher meeting the Dodgers Monday 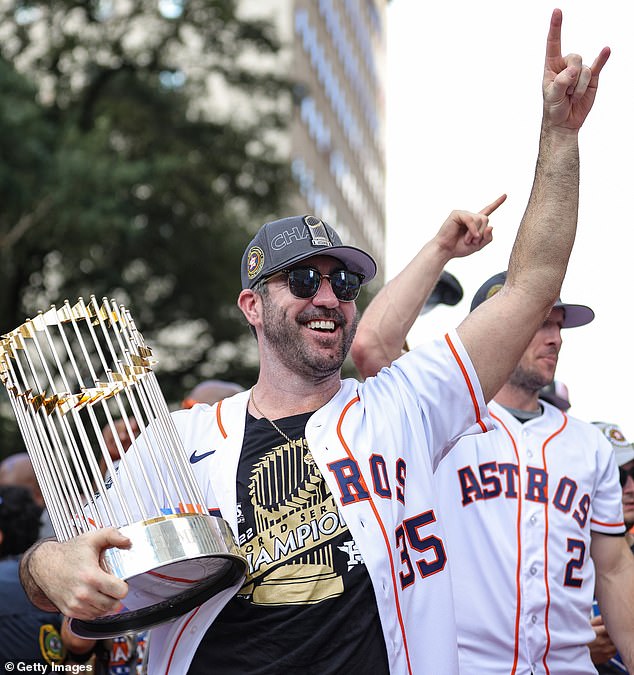 Other teams interested in Verlander’s services include the Yankees and Mets, as well as his former team – the Houston Astros.

The Yankees made an offer to Verlander last year worth $25 million over one year, but he chose to remain in Houston.

Verlander led the majors last season with a 1.75 ERA and in spite of his age, he remains one of the best pitchers on the free agent market. Others include Jacob deGrom and Carlos Rodon. 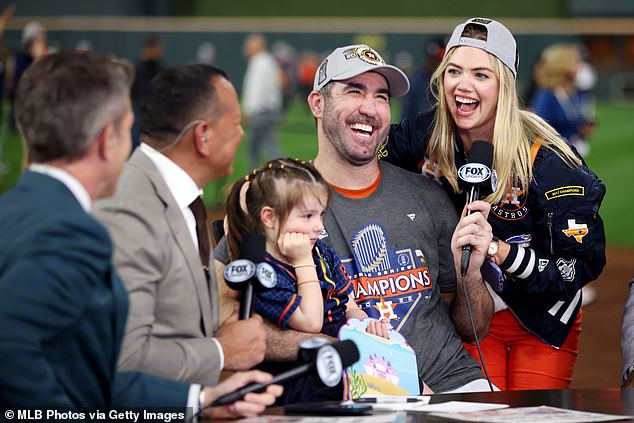 Verlander was offered a deal last year by the Yankees, which he turned down, return to Houston. He won a second World Series title with the Astros this fall.