She unveiled her newly-dyed darker hair during an outing last month.

And Pixie Lott continued to show off her new look as she departed filming The Voice Kids in MediaCityUK in Manchester on Thursday.

The singer, 29, cut a casual figure for the day, donning a white long-sleeved shirt with a knot tied around her waist.

Stunning: Pixie Lott, 29, continued to show off her new darker locks as she departed filming The Voice Kids in MediaCityUK in Manchester on Thursday

Pixie’s footwear caught the eye as she wore a pair of gold Gucci loafers and carried a white Prada handbag.

The star completed her look for the day by letting her locks fall loose down her shoulders.

Her new sophisticated hairstyle is a far cry from her peroxide blonde locks which she has sported over the years. 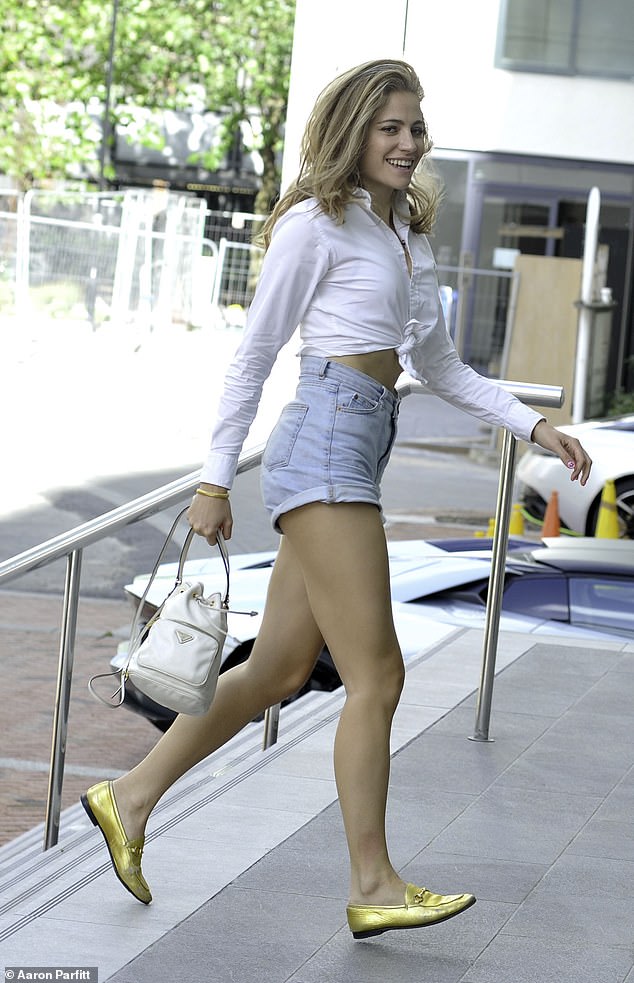 Outfit: The singer cut a casual figure for the day, donning a white long-sleeved shirt with a knot tied around her waist

The songstress has been busy recording The Voice Kids with the likes of Will.I.Am, Paloma Faith and McFly’s Danny Jones.

Pixie recently revealed her wedding to Oliver Cheshire had been postponed due to the ongoing coronavirus pandemic.

The singer had planned to marry her longterm beau, to whom she got engaged in 2016, in the autumn, but wants to wait until the pair can have all of their family at the wedding.

Pixie told Lorraine Kelly: ‘It’s so tough to make any plans for anyone at the moment, this year was finally the year when we had planned to make it all happen in September, but obviously because of the situation we can’t really book anything yet. 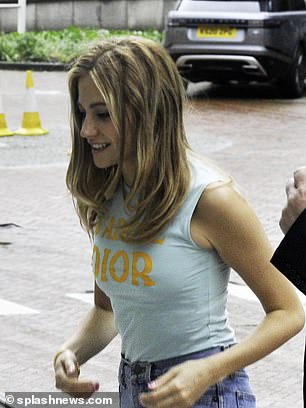 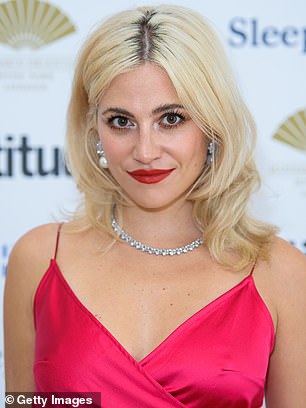 Pixie, who is known for her peroxide blonde hair, unveiled her newly-dyed darker locks last month

‘We’ve got quite a big family and it’s all restricted at the moment, so I have to wait until the rules relax a bit.

Pixie revealed to MailOnline last October that she had big plans for 2020, including trying to squeeze in six hen dos before her wedding.

Revealing how she first asked her pals and family to be apart of her big day, the singer said: ‘We did a whole shebang and I made little parcels, which is how they all found out, but we’ve done one hen do so far but I did say we were going to have six, so I need to try and fit that in before the wedding.’

Pixie’s ‘lovely’ entourage of 18 will include her best friends from school, cousins and family friends, who she said she is desperate to find the perfect dress for.

Detailing her stress over finding the right gown, she said: ‘I just want to make sure I get a dress that they’re all happy with because they’re all different shapes and sizes and I want them to all wear the same thing – apart from the little flower girls.’ 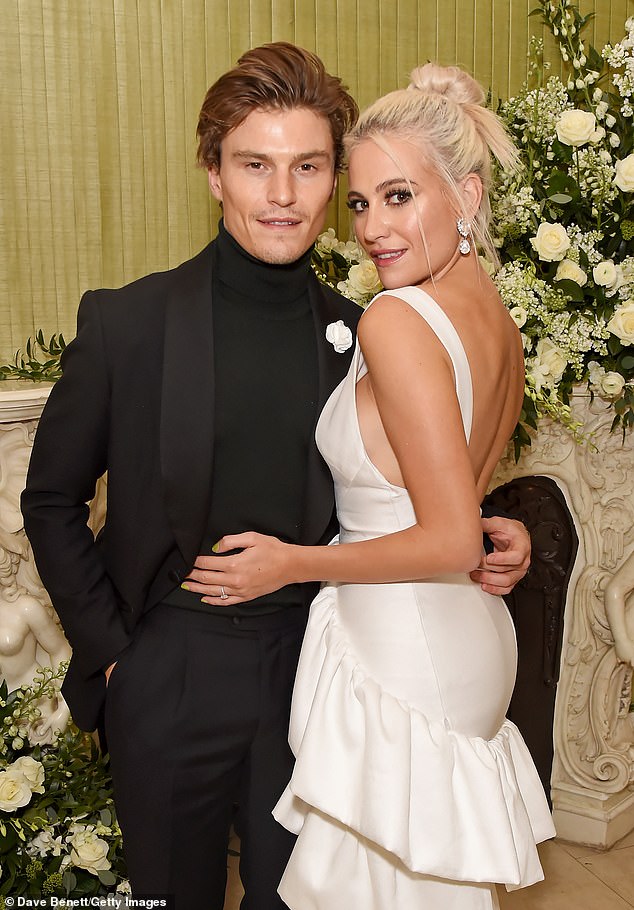 Plans halted: Pixie recently revealed her wedding to Oliver Cheshire had been postponed due to the ongoing coronavirus pandemic (pictured in February)