A doorbell camera recorded the moment a frustrated Pizza Hut delivery driver was offered a slice of pizza in lieu of a tip.

In a viral video shared by the @ringdoorbell.compilation TIkTok account, a man is seen walking up to a house’s front stoop with a box of pizza.

That’s when he sees the sign on the front door: ‘No money for tip, please take slice of pizza.’ 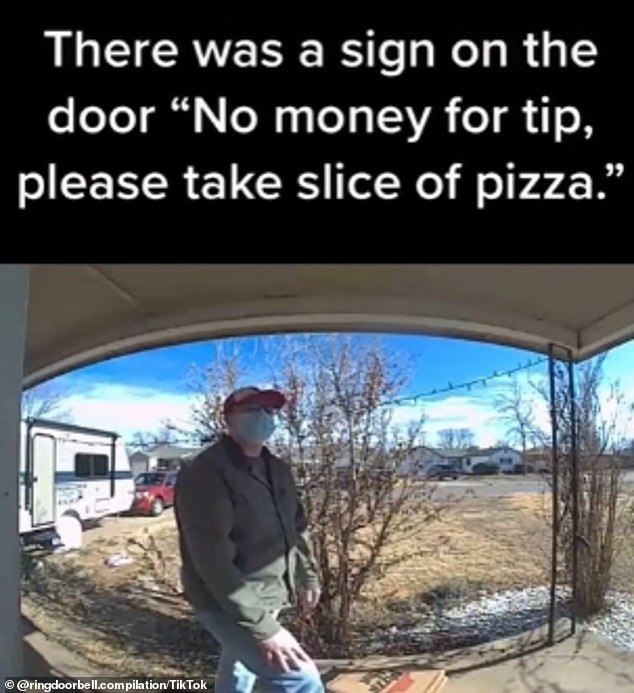 When he rings the doorbell, he sees a sign reading: ‘No money for tip, please take slice of pizza’ 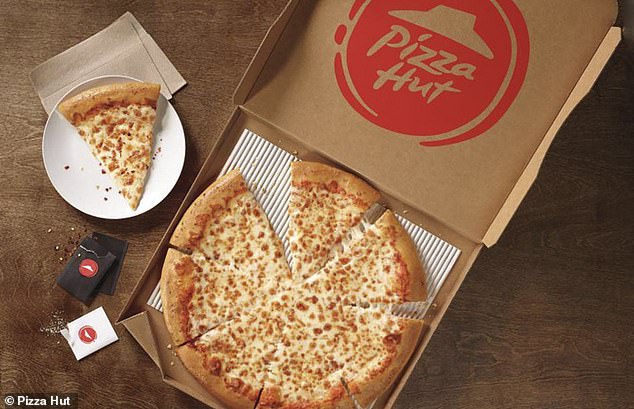 In the US, it is customary to tip delivery drivers a few dollars or a percentage for larger-volume orders

The masked delivery driver is captured by the Ring camera placing the single box of pizza down on the stoop and then stepping forward to ring the doorbell.

As he leans forward, he notices a sign hanging for him on the front door, admitting that the customer wouldn’t be providing a tip but offering the driver a slice of pizza from the box.

In the US, it is customary to tip delivery drivers. While 16% to 20% is typical for waiters and bartenders, there is some debate as to the appropriate amount to tip a delivery driver, with suggestions of a few dollars to up to 20%.

Most Americans factor the cost into the price of the order, though this one clearly did not. 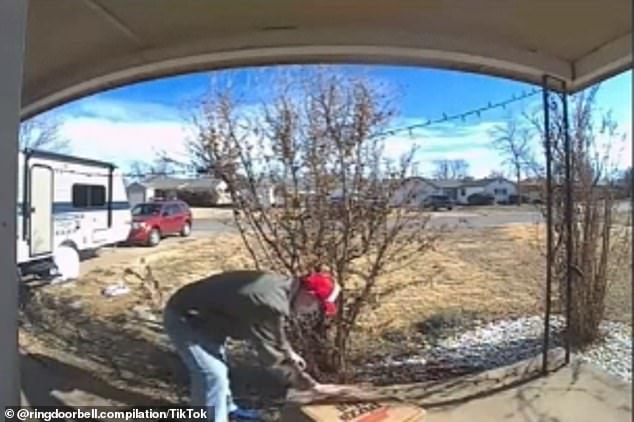 He reacts with annoyed hand gesture, saying out loud: ‘Are you kidding me?’ 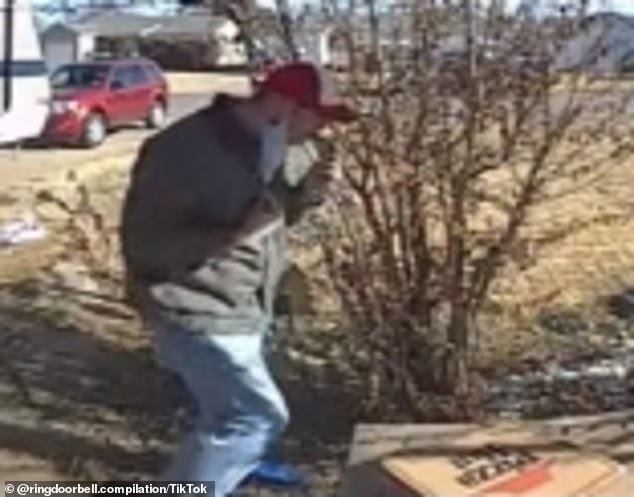 Though he is quite clearly unhappy with his lack of monetary tip, he doesn’t refuse the free slice and leans down to take one for himself

As the delivery driver reads the sign, he reacts with annoyed hand gesture, saying out loud: ‘Are you kidding me?’

Though he is quite clearly unhappy with his lack of monetary tip, he doesn’t refuse the free slice and leans down to take one for himself.

He even removes his mask to take a bite before walking away.

The video has been viewed over 855,000 times on TikTok, and many commenters have swiftly criticized the stingy customer.

‘Can’t tip then don’t get delivery,’ wrote one, with many chiming in with similar messages. 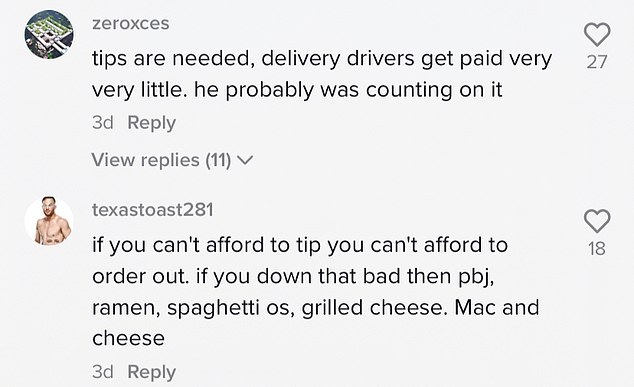 Some commenters have argued that tipping isn’t required, but others have said that in America, if one doesn’t have enough to tip they shouldn’t order delivery

‘Tips are needed, delivery drivers get paid very little. He was probably counting on it,’ said yet another.

Some commenters also pointed out that someone who works at a pizza place likely gets plenty of free pizza already.

While several naysayers responded that tips aren’t required — and they themselves refuse to tip — others accused these people of being ‘cheap’ and ’embarrassing.’

Others still complained that the expectation of tips should be eliminated by employers paying their employees a living wage.