Pizza lovers disgusted by state of Domino’s takeaway in Auckland

Pizza lovers have been shocked by a video shared to social media that shows a Domino’s store in Auckland in a state of disarray.

In the video shared to the Glenfield Community Facebook page pizza, trays, drinks, sauce bottles and what appears to be pizza can be seen on the floor.

The video’s poster, Karlos Pomare, said that the video was filmed sometime after 8.30pm at the Chartwell branch in Glenfield.

Karlos Pomare, said that the video was filmed sometime after 8.30pm at the Chartwell Domino’s branch in Glenfield 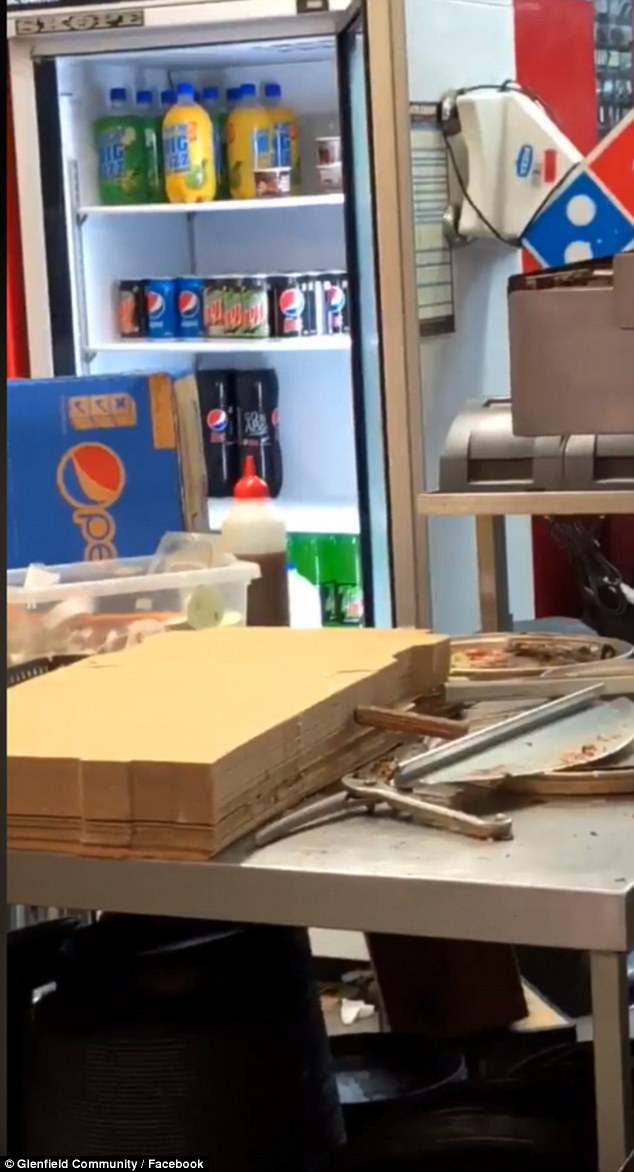 He said one staff member was in the back room, another was on a call and a third had gone to a shop next door

He said that one staff member went next door to order dinner, another was on the phone and a third was in the ‘back room’.

He even said there were flies and he had to get someone’s attention when he realised his sides were ready.

It was also the first time he had come across this there, according to the New Zealand Herald.

A Domino’s spokesperson told the publication that the video captured a ‘moment in time’ where there was only one staff member in the store.

The spokesperson said: ‘The video reflected a moment in time last night; the single team member on duty was restocking the fridge when some stacked pans fell from a bench. He immediately stopped what he was doing to gather cleaning materials, which was when the video was filmed.’

They said they were disappointed in what Mr Pomare saw.

However many of those who commented on the video disagreed.

When asked if this video was real one social media user said they had seen the store like this before. 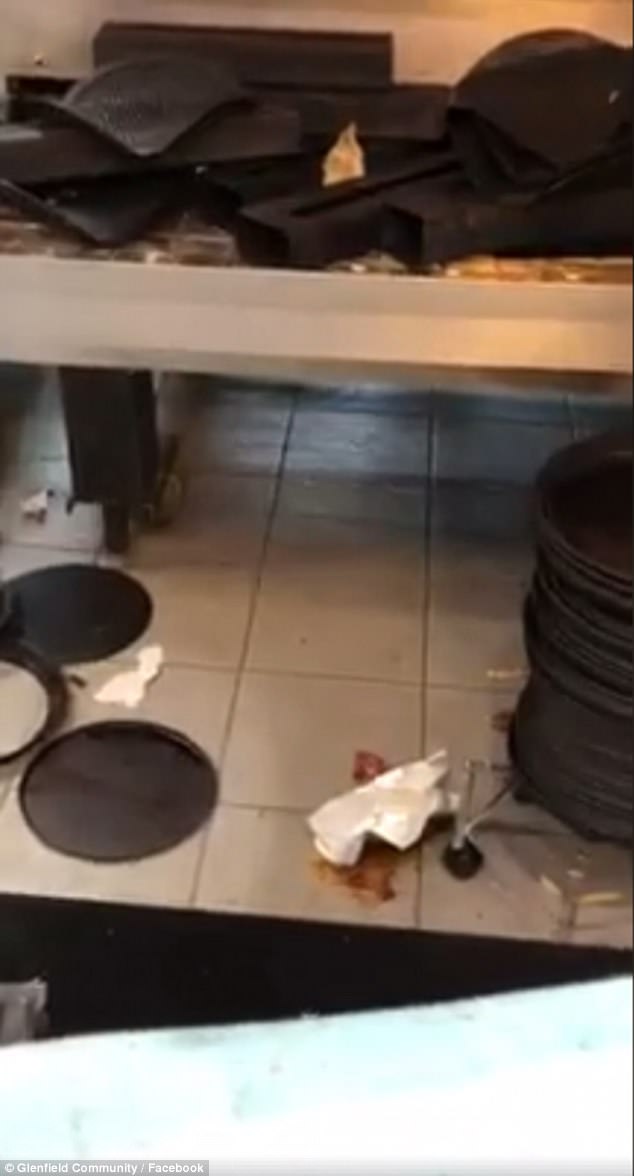 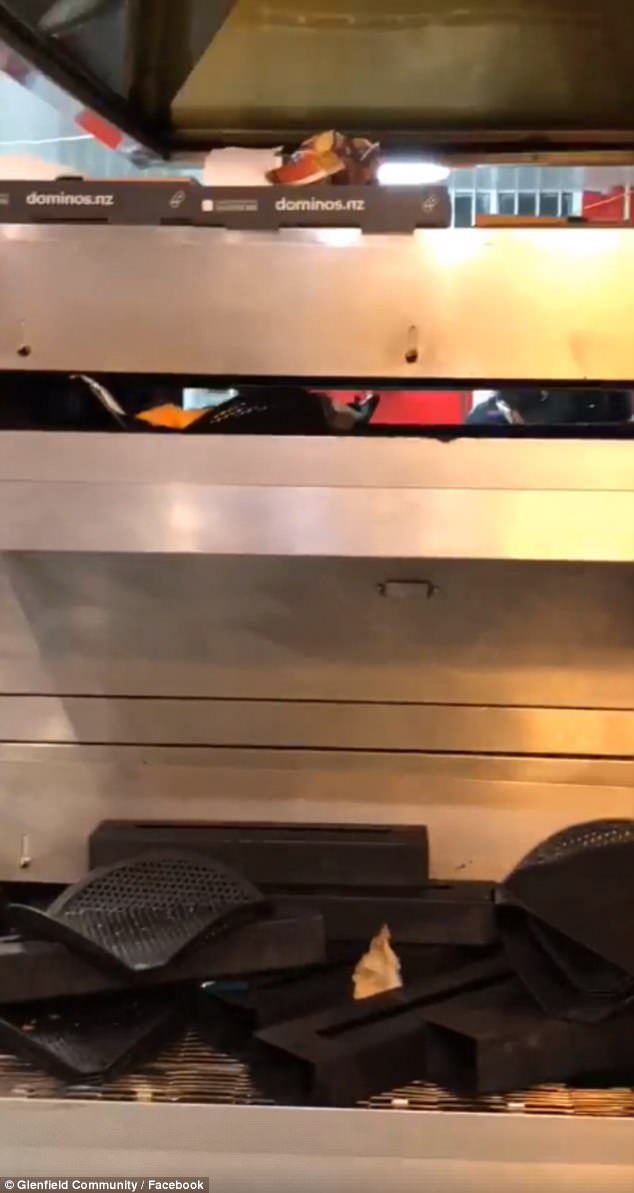 There were pizza pans and flies everywhere according to Mr Pomare

They said: ‘Yeah unfortunately it is. I have been in there mid afternoon and it’s looked trashy like this, so it’s not even a case of this is the end of shift look. It’s actually really bad down there. Disgusting state in the shop and service is even worse.’

Others turned on Mr Pomare and said he was complaining just to get free food.

He hit back at this and said: ‘People hating you crack me up and [to be honest] I don’t want free pizza was just trying to be funny and warn people about this mess.

‘It’s not right to have your work place like that. I have a work truck and my work place sure don’t look like that!’

He also said that Domino’s had contacted him and ‘offered free pizza and money back’.