The land before time in real life: How to see some of Australia’s oldest DINOSAUR footprints on a picturesque beach – and the easy route to get there

At Gantheaume Point, about 15 minutes southwest of Broome in Western Australia, where sandstone cliffs meet the sapphire-blue ocean, visitors can see the fossiled footprints of dinosaurs.

The rocky outcrops were formed in the Early Cretaceous period about 130million years ago and, at low tide, perfectly formed footprints of the ancient animals and imprints of plants from that time can be inspected about 30 metres out to sea. 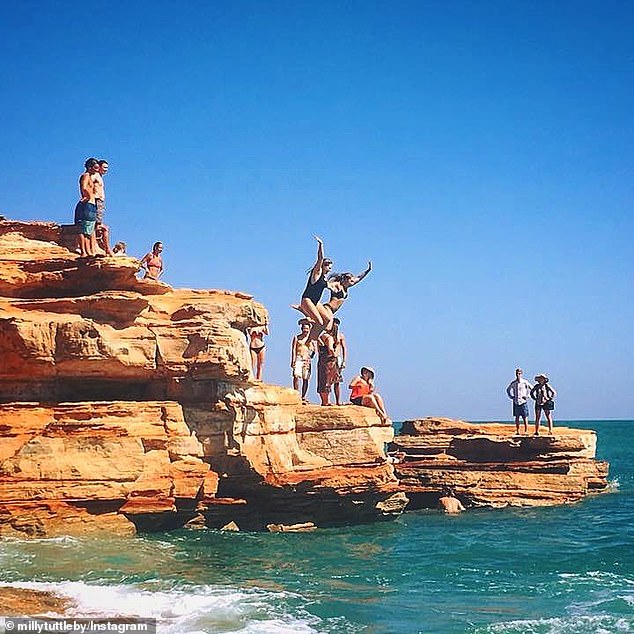 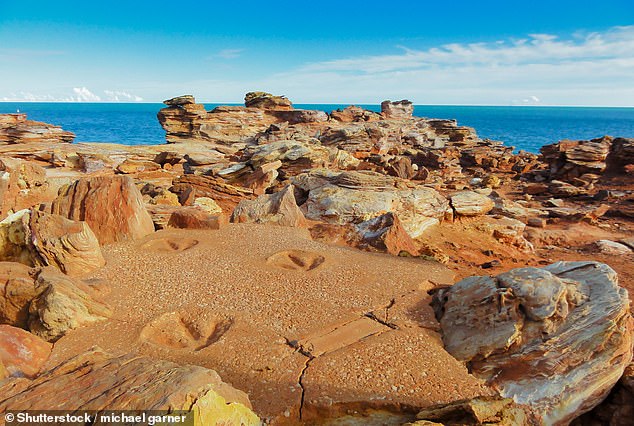 Plaster imprints of the dinosaur fossils are embedded in the cliffs (pictured), while tourists can inspect the actual footprints on flat rocks at low tide

While walking trails wind down from the promontory to the flat rocks where the footprints are preserved, there are also plaster casts of the fossils embedded on the cliffs for those who don’t want to walk on the slippery reef.

The dinosaur tracks extend in patches for about 80 kilometres down the coast from Broome – which was once a river delta teeming with dinosaur life.

Gantheaume Point is one of the best places to get a close-up look at the relics, with about nine species of different dinosaur tracks identified.

There are well defined three-toed tracks from theropod dinosaurs – carnivores, some of which are a relative to the Tyrannosaurus.

Also visible are deep imprints from heavily armoured dinosaurs such as Ankylosaurus and Stegosaurus.

And there are also round prints measuring 1.7 metres across from the sauropod group of dinosaurs – herbivores understood to be the largest animals to have ever walked the earth, of which Brachiosaurus is a member.

While there are other locations where dinosaur tracks can be viewed across the country, none are quite as ancient as those found in the north of Western Australia.

They were formed when more than 150 small chicken-sized dinosaurs drinking at a lake were chased by a hungry theropod leaving stampede tracks in the mud which were fossilised. 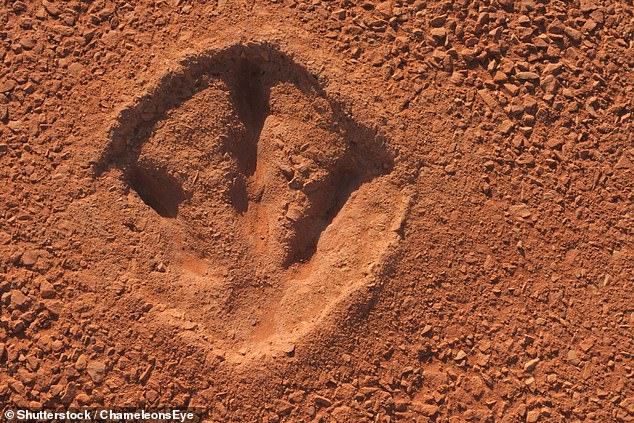 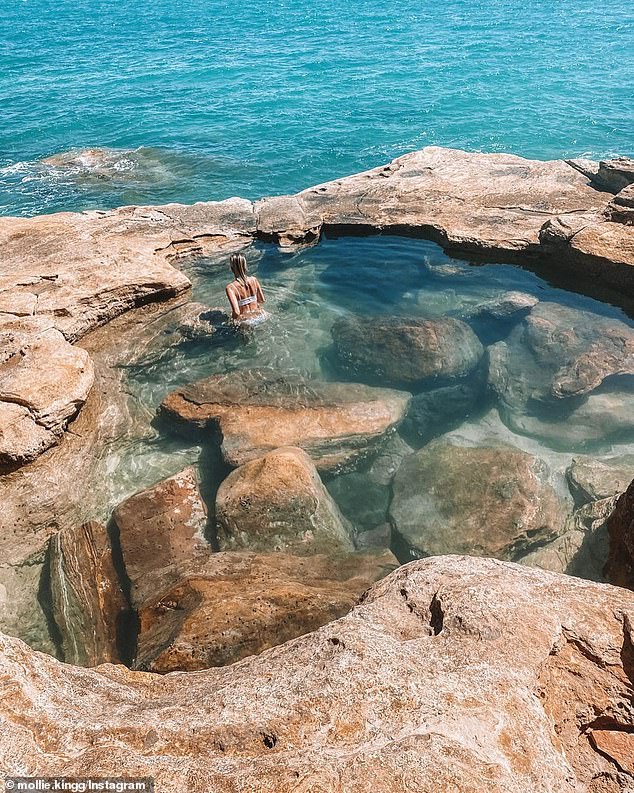 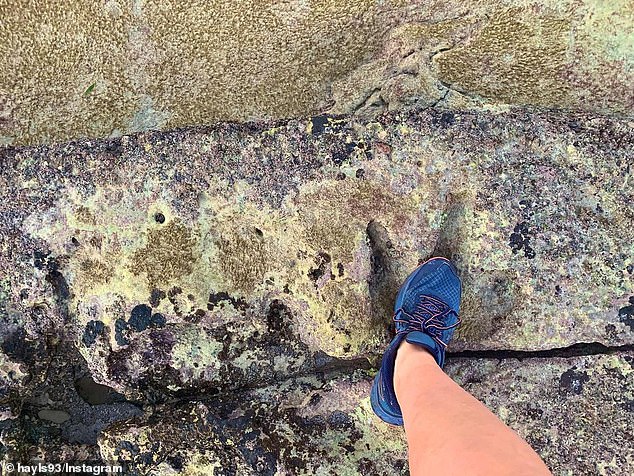 Getting to Gantheaume Point is fairly simple, with flights running directly into Broome from most major cities.

A one-way adult ticket from Perth is available from $305 booking a month in advance on Virgin Australia, while Qantas has similar deals.

Tickets from Sydney are slightly more expensive starting fromthe $400 mark, while from Melbourne you can also find tickets for this price though you might need to book further ahead.

From Brisbane, tickets will set you back $550 or more.

Getting from Broome town centre to Gantheaume Point, located on the south edge of Cable Beach, requires a 15 minute cab ride or, for those feeling energetic, the spot is within walking distance and will take about an hour and twenty minutes to stroll to. 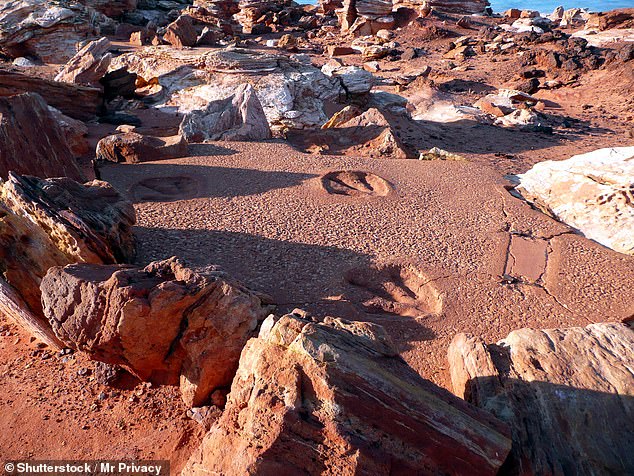