Madagascar has been rocked by a new suspected plague case in a school, raising fears it could spread to children.

More than 200 people were killed during the epidemic that ravaged the island over the winter. It was primarily caused by the lethal pneumonic form.

Local health chiefs assumed they had the ‘crisis’, which prompted 10 nearby African countries to be placed on high alert by the WHO, under control.

But panic has re-emerged after a fresh suspected case in Ankazobe, a small town in the Analamanga region – 54 miles (88km) away from the capital Antananarivo.

Tests have yet to confirm if it was plague, however officials have stated that new cases of bubonic plague ‘continue to appear this season’.

The man, whose name is unknown, had all the symptoms of bubonic plague, said Andriamanantena Rakotoarivony, of the Ankazobe Public Health District Service.

Local health chiefs assumed they had the ‘crisis’, which prompted 10 nearby African countries to be placed on high alert by the WHO, under control

He told Le Verite: ‘This 40-year-old man presented all the symptoms of bubonic plague – including fever, fatigue, and swollen lymph glands.

‘Since his consultation at Ankazobe level II health centre last Tuesday January 16 2018, the patient is being treated in the isolation ward.’

The school closed its doors for two days, but reopened yesterday after the building was disinfected.

‘Despite the declaration of the end of the epidemic of urban lung plague, new cases of bubonic plague continue to appear in this season,’ added Dr Manitra Rakotoarivony of the country’s Ministry of Health.

During the outbreak, which was considered under control at the end of November,  2,300 people were infected, including doctors and nurses, according to figures from the World Health Organization.

Plague season hits Madagascar every year between August and April.

International aid workers desperately battled to contain the ‘crisis’ as experts warned it was unusual because two thirds of cases were pneumonic.

This form of the disease can be spread through coughing, sneezing or spitting and kill within 24 hours.

It is strikingly different to the bubonic form, responsible for the ‘Black Death’ in the 14th century, which rocks the country each year and infects around 600 people. 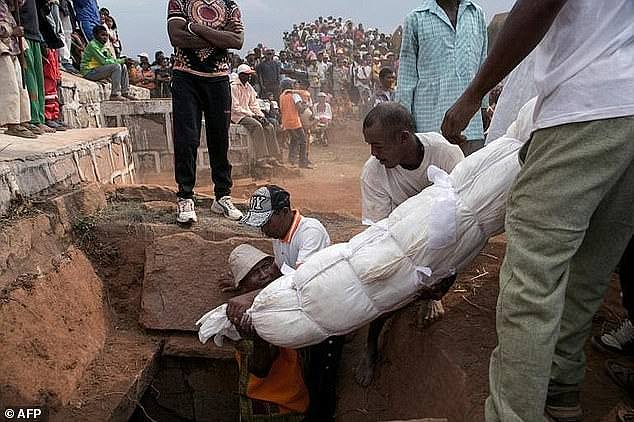 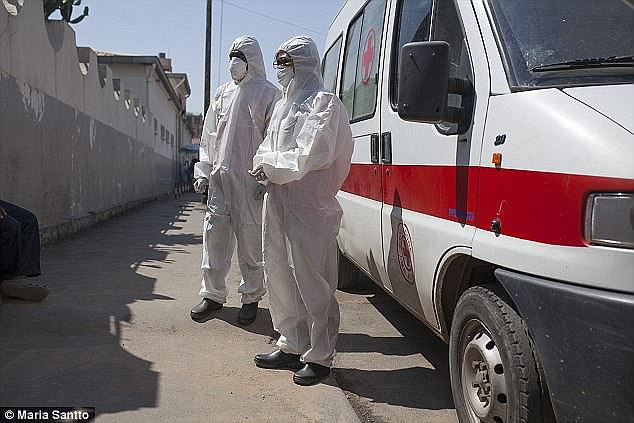 A 40-year-old cook at a local school was struck down by the mystery bug last week, local reports state. Tests have yet to confirm if it was plague

If left untreated, the Yersinia pestis bacteria can reach the lungs. This is where it turns pneumonic – described as the ‘deadliest and most rapid form of plague’.

It is easily treated with antibiotics in the current climate – however, experts remain concerned it will cause eternal havoc because it is constantly mutating.

Paul Hunter, professor of health protection at the world-renowned University of East Anglia, was the first expert to predict the plague could travel across the sea.

He previously told MailOnline: ‘The big anxiety is it could spread to mainland Africa, it’s not probable, but certainly possible, that might then be difficult to control.

Professor Hunter’s concerns echoed that of dozens of leading scientists, many of whom predicted the ‘truly unprecedented’ outbreak would continue to spiral.

Professor Jimmy Whitworth, an international health scientist at the London School of Hygiene and Tropical Medicine, described it as the worst outbreak in 50 years.

And Professor Johnjoe McFadden, a molecular geneticist at Surrey University, said that the plague is ‘scary’ and is predominantly a ‘disease of the poor’.

Speaking exclusively to MailOnline in November, he also said: ‘It’s a crisis at the moment and we don’t know how bad it’s going to get.’

HOW DID THE 2017/18 PLAGUE OUTBREAK IN MADAGASCAR BEGIN?

Health officials are unsure how this year’s outbreak began.

However, some believe it could be caused by the bubonic plague, which is endemic in the remote highlands of Madagascar.

If left untreated, it can lead to the pneumonic form, which is responsible for two thirds of the cases recorded so far in this year’s outbreak.

Rats carry the Yersinia pestis bacteria that causes the plague, which is then passed onto their fleas.

Forest fires drive rats towards rural communities, which means residents are at risk of being bitten and infected. Local media reports suggest there has been an increase in the number of blazes in the woodlands.

Without antibiotics, the bubonic strain can spread to the lungs – where it becomes the more virulent pneumonic form.

Pneumonic, which can kill within 24 hours, can then be passed on through coughing, sneezing or spitting.

However, it can also be treated with antibiotics if caught in time.

Madagascar sees regular outbreaks of plague, which tend to start in September, with around 600 cases being reported each year on the island.

However, this year’s outbreak has seen it reach the Indian Ocean island’s two biggest cities, Antananarivo and Toamasina. 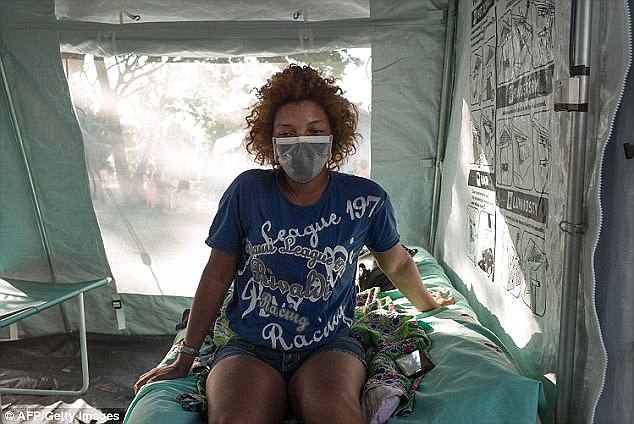 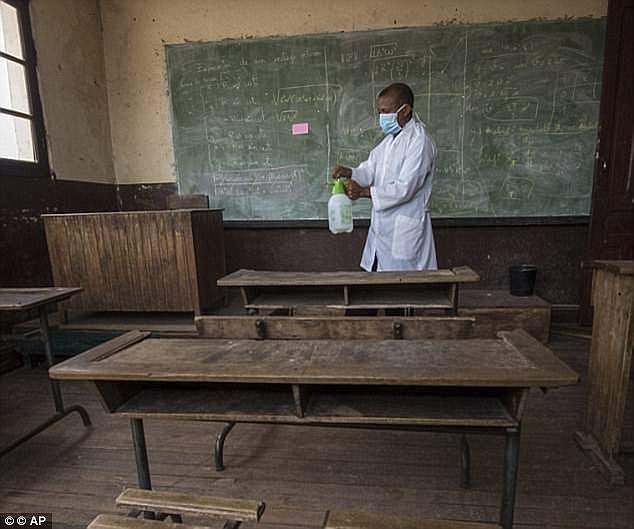 The school where the cook worked closed its doors for two days, but reopened yesterday after the building was disinfected (stock)

Amid concerns the plague had reached crisis point in November, the World Bank decided to release an extra $5 million (£3.8m) to control the outbreak.

The money allowed for the deployment of personnel to battle the plague in the affected regions, the disinfection of buildings and fuel for ambulances.

At the time, aid workers on the ground revealed that police were having to seize the corpses of plague victims.

If officials suspect someone to have died from pneumonic plague, an officer armed with chemicals will be disposed to kill any bacteria on the corpse.

They are then placed in a sealed body bag and placed in a common grave – but the practice goes against the traditions of the Malagasy culture.

Concerned health officials also warned an ancient ritual, called Famadihana, where relatives dig up the corpses of their loved ones, may have fueled the spread.

Experts have long observed that plague season coincides with the period when Famadihana ceremonies are held.

The outbreak reached the Indian Ocean island’s two biggest cities, Antananarivo and Toamasina, which prompted fears it would spread quicker.

The first death this year occurred on August 28 when a passenger died in a public taxi en route to a town on the east coast.

Projections stated this year’s outbreak would dwarf previous ones because it struck so early.

Schools and universities were temporarily shut in a bid to contain the respiratory disease, with children known to come into contact with each other more than adults. 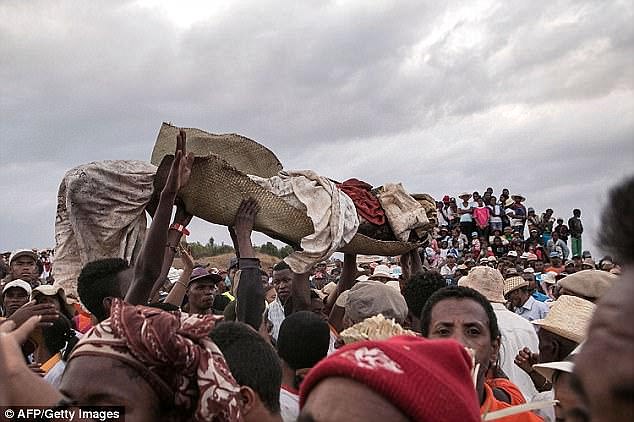 In Madagascar, a sacred ritual sees families exhume the remains of dead relatives, re-wrap them in fresh cloth and dance with the corpses