Plans to make all Commons staff wear name badges were watered down after concerns were raised male MPs would be encouraged to leer at women’s chests.

The proposals floated by the House authorities three years ago received an angry response with warnings that they could fuel ‘harassment’ and ‘inappropriate’ behaviour on the estate.

Long-standing anxiety about the culture at Westminster has been reignited by a wave of allegations against MPs.

A hit list of 36 Tory politicians branded ‘sex pests’ – including two serving cabinet members – has emerged in a secret ‘spreadsheet of shame’ compiled by former aides.

One MP is said to be ‘handsy with women at parties’, another ‘perpetually intoxicated and very inappropriate with women’, one minister was said to have had ‘sexual relations with a researcher’ and another ‘paid a woman to be quiet’.

Theresa May has vowed to sack any ministers found to be involved and she has written to Commons Speaker John Bercow to demand a shake-up of ‘toothless’ disciplinary procedures.

MPs employ their own staff, but the Commons overhauled its procedures several years ago in a bid to offer around 2,000 House officials more protection from abuse by politicians.

The ‘Respect’ policy allows for cases against MPs to be taken to the standards committee and ruling House of Commons commission if disciplinary action is deemed to be required.

The badge plan was put forward by the Commons authorities in November 2014 in an effort to generate more of a customer service ethos and improve relations between its staff and MPs.

It was backed by the Commons governance committee, chaired at the time by Labour MP Jack Straw.

But when staff were asked for their views, the idea produced complaints from women and from men worried about how female colleagues would be affected.

Details revealed under freedom of information rules and seen by MailOnline highlighted concerns MPs already ‘harass’ and ‘abuse’ them, and forcing people to wear name badges would make things worse.

‘Harassment and rude/inappropriate comments by MPs to staff are still, regrettably, commonplace.’

Another added: ‘I am not comfortable with the prospect of people staring at my chest in order to find out who I am. 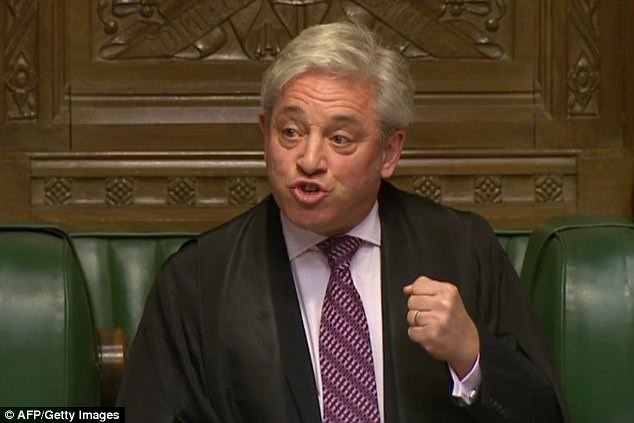 Theresa May has written to Commons Speaker John Bercow to demand a shake-up of ‘toothless’ disciplinary procedures. The House introduced a ‘Respect’ policy several years ago in a bid to enhance protection for its own staff 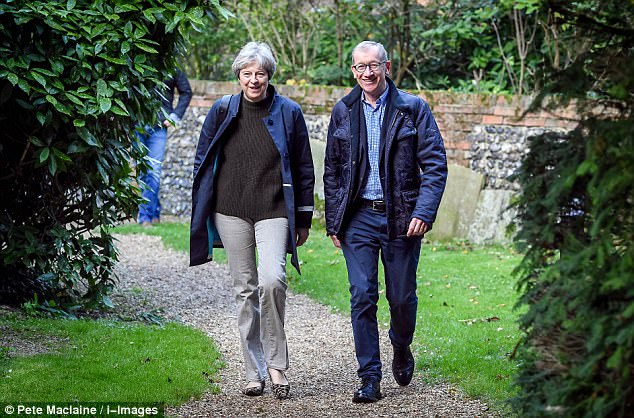 Theresa May, pictured going to church with husband Philip yesterday, is trying to get a grip on the burgeoning scandal

Conservative aides have drawn up a dossier of bad behaviour, with names of MPs blacked out

‘It is not difficult for someone to ask me if they want to know my name and/or job title.’

One House employee said ‘A simple conversation should be sufficient in introducing ourselves to our colleagues and to Members, without encouraging strangers to peer at our chests…

‘The House has already had to introduce the Respect policy to teach people to deal with unacceptable behaviour by MPs. Wearing badges will make staff visually vulnerable and separate us still further from the MPs.

‘In what way is this going to improve the us and them mentality and how will it protect staff from inappropriate behaviour?’

Among the other responses to the consultation was: ‘This clearly has a disproportionate impact on female staff who may feel very uncomfortable with this (I certainly would).’

Commons Clerk David Natzler acknowledged the scale of protests at the time, saying: ‘A number of female staff expressed objections on the basis that the position of the name badge would give some people an excuse to stare at their chests.’

Many staff were furious at the prospect of wearing the badges being mandatory, but in the wake of the protests the plans were watered down.

A Commons spokesman said today: ‘Commons employees are encouraged to wear name badges as part of our focus on customer service.

‘They are not mandatory, except in areas where wearing a badge is already covered as part of that business area’s uniform policy.’